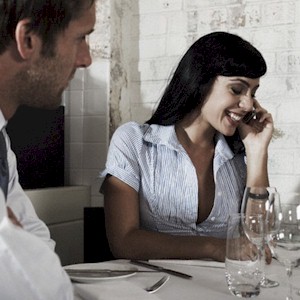 Who do they think they are, those who come across as rude, who’s self esteem has sunk so low, that they’ll just talk loudly on their smartphones forcing everyone to listen, making everyone hear their annoying drama. Do they even know how self-centered they are.

So what’s the cause of all this selfish rudeness, this stand of entitlement. What gives them the right to react this way. This applies to those who are completely selfish, as they’re just exclusively concerned with themselves, and no one else.

They’re being rude, as what they’re showing is an absolute lack of regard towards anyone, and as a result won’t respect their rights or feelings, as it’s all about “me, myself, and I.”

Then there are those who feel entitled, which is defined as a sense of they wanting something they don’t have, whether it rightly belongs to them or not.

How Rude
Rudeness is someone who appears unrefined or impolite. Certain customs and conditioning from different countries can come across as being rude, but to them it’s natural and expected, accusing others of being too sensitive or racist.

Some will consider a lack of concern, being impolite, a blunt person, as refreshing. But for the majority, what they see is hostility, antagonism, a crass arrogant person who has a lack of respect for everyone around them.

Feeling Entitled
Entitlement is the sense that someone thinks they have the right to something that they don’t deserve or have, which stems from a cradled spoon fed childhood.

This is where the child was given everything they wanted to excess, as their parents provided every little whim, surrendering to their every “want,” this regardless if it was right or justified.

Then it becomes ingrained as a part of the child’s psychological development, thinking that they’re the center of the world, and their parents are the servants.

The Sense Of Entitlement
At times, it’s called a healthy ego or confidence, where a child views the world of “me” first, but then begins to fail as an adult, as the reality of the cruel mean world bites back.

Certain amounts of entitlement is needed however, having the belief that we have the right to take care of ourselves, to be respected by others, and the right of not being hurt by others, for better psychological well-being.

For millennials, what they collectively feel is that they’re entitled to be given special treatment at all times.

This isn’t healthy, not particularly productive, while they become disappointed and disillusioned, as they feel that everyone is conspiring against them.

The Age Of Entitlement
Millennials have been accused to be the most entitled. As they grow older, they eventually learn that they’re not the center of the universe, that everything doesn’t revolve around them.

The most difficult realization being that all their needs aren’t being met, so they need to find a way to deal with that without sulking.

Once they’re adults, some will continue to be rude and entitled, showing they’ve failed to learn what they needed to learn.

What this results in is they not being able to have genuine intimate mature relationships, this because they can’t grasp the concept of “give and take” of true relationships, as they continue to think its all about them.

Dealing With Rude Entitled People
They don’t agree with the rules of life, as rude and selfish people feel that they don’t need to comply. Even if they know they’re in the wrong, they just don’t care.

Even if they’re violating the standards of proper moral conduct, they just choose to ignore them. They don’t care about hurting, embarrassing, or inconveniencing others, as they have complete disregard of the long-term consequences that they’re creating.

Avoiding Rude People
One effective method to handle the rudeness of others is to just ignore them. Those who are rude often do so on purpose, as they find it enjoyable to irritate others.

What they like is the attention that their behavior is stirring up, so the best solution is to ignore them. This in the hopes that they’ll eventually stop the undesirable behavior, this rather than confronting them, and asking them to stop.

Or Confront Them
At times, there are some who are being rude and annoying without they even realizing it. So politely requesting that they stop, might work. People however are embarrassed to be called out, this especially for a behavior they shouldn’t be doing.

Even if they’re not being rude to get attention, they might get angry for being criticized. So it’s best to ask them to stop being annoying, by asking them discretely.

Know Your Rights
Hold your ground, know and recognize what you can and can’t do within your limits. What you can’t do is go on a crusade to stop everyone who’s being rude in this unjust world.

All you can do is maintain your own sense of rightfulness, and ignore how others choose to conduct themselves.

Ultimately, what these rules and regulations of life is, are all part of what keeps the world revolving as it does. So like it or not, to each their own, it’s their life.

At times it’s also important to question and stand up to these rules, while it’s also necessary not to follow them with blind faith.

Those who are entitled seldom have a sense of loyalty to anyone but themselves, and their lack of empathy will eventually karma them back.

Prove You Have The Intestinal Fortitude To Become Successful