If You’re Looking To Lose Weight Use These Unconscious Cues 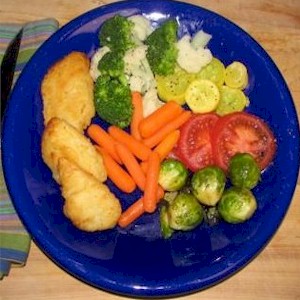 Are you constantly looking to shed a few pounds here and there, lose a bit of weight, but are also becoming sick and tired, getting annoyed and frustrated by counting out each and every calorie that you consume, but not being able to lose an ounce of weight.

You’re thinking there has to be a better way, better more reasonable methods of dropping off some pounds. It’s thought that there are a few unconscious environmental cues that you can take which will directly influence how much you eat, and how often.

It’s pretty well known that it’s our eyes and our brains which feeds our stomachs. What the human appetite is strictly influenced by are visual cues, cues which our stomach or fat cells aren’t aware of or know exists.

These cues makes us poor judges when it comes to determining whether we’re full enough and ready to put the fork down, or know when to stop eating that entire bag of potato chips.

The clinicians among us will constantly tell us to just restrain ourselves better by eating less, but then they don’t bother telling us how to do so. So what’s gathered are a few proven methods of tricking our minds and our appetites so that we’ll just eat less.

Taking Visual Cues On Eating Less
• Using Smaller Dinner Plates – It’s estimated that the average dinner plate is now around 12 inches in diameter, this compared to the 9 inch dinner plates which our parents or grandparents used.

We’re also conditioned to fill our plates completely full, which forces us to eat a lot more. Those who cater buffets know this and the reason why their plates are small.

So to cure this, try reversing the plates and use your dinner plate to serve salads, while eating the main entree on the salad plates. By switching them, you’ll then eat more vegetables and less of the main course.

• Changing The Size Of The Glass – Drinking alcohol can be an easy source of picking up a few empty calories. But you can control your alcohol intake by changing the shape of the glass that you’re drinking from.

Research have shown that those drinking beer from a straight sided glass, when compared to a glass which was curved, drank less beer. This although they both held the same amount.

• The Color Of The Dinner Plates – There’s research which supports that people will usually eat more if there isn’t a distinct color contrast between the food that they’re eating and the color of the plate.

For example, think spaghetti with rich red tomato sauce smothered on a red plate. A study was conducted where chefs were first instructed to serve one set of customers red pasta sauce on a white plate, then another group on a red plate.

Those who ate the pasta and sauce on the white plate, all thought that they were eating a larger portion, even though they were identical servings.

What the white plates are capable of doing is providing a strong contrast against the red sauce, so other than when eating predominately white foods such as mashed potatoes or chicken Alfredo, the plates should be a different color.

The most recommended “colored” plate which you should be using on an everyday basis is blue. The reason being that there’s really no blue foods, so the majority of anything that you eat will contrast strongly against the blue.

• Make Sure That You Portion Out The Food – The excuse which we all use when buying those gigantic industrial sized bag of taco chips from the warehouse store, is because we’re saving money by buying bulk.

But sitting down and then eating from these bottomless bag of chips will often result in serious weight gain before you know it. So just control your urge and temptation by stopping yourself from eating the entire jumbo bag.

You can do so by placing just a few handful of chips or your favorite snack of choice into a smaller container or bowl, and just eat that portion.

Once you portion out what your going to eat, what you’re doing is signaling to your brain to just stop eating once the bowl is empty. Using a small blue bowl might just do the trick to curb that bad snacking habit.

• Just Get Them Out Of Sight – They call them convenience foods for good reason. Since we’re all now constantly cramped for time, we fall victim to convenience which usually includes our lunch, dinner, and snack foods.

The food manufacturers know this and will provide us with unwrapped bulk versions of food such as candy, making them convenient bite-sized mini versions of something bigger or usually packaged.

So it makes it easier for us to just grab a handful without the need to unwrap them. The zip lock and resealable packaged foods also promotes on-the-run snacking.

So to reduce this unhealthy urge to constantly snack, make snacking as inconvenient as possible. Make sure that you purchase the wrapped versions of your favorite snacks, while keeping them out of sight.

A recent study also revealed that those free and loose desktop candy jars usually without lids were the biggest source of adding calories in the workplace, so just avoid or hide them.

Using All The Cues
Another factor which can influence our hunger is the immediate ambiance. When eating in a quiet environment, with little noise and gentle light, doing so is known to reduce our appetite signals.

So break out your favorite blue salad plates and the perfectly straight glassware, and then dine under a glow of candlelight which should put you on cue.

Proven Ways Of Organizing Your Memory For Better Recall

To Become Successful Follow The Path Of Others Before You