Is Organic Produce And Livestock Really Better For You 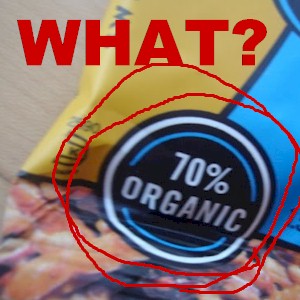 Organic food, when it comes to produce and livestock, supposedly provides more nutrients because of their claim to be contaminant, pesticide, and chemical free. This as a result enhances better more pure health, relieving the body from catching disease.

So the belief is that if you’re wanting to lower your risk of getting ill, you’re better off choosing organic food whenever possible. But doing so, however, doesn’t necessarily make organic food a cure for all over disease.

It’s been proven that for individuals who are perfectly healthy, and are already eating healthy, and exercising regularly, consuming organic food has marginal benefits. So the question is, when it comes to the actual protection of disease for the elderly, or for the not so healthy, does eating organic food really benefit them.

Organic Not The Ultimate Solution
There are lifestyle factors which come into question, such as:
• What type of other foods you eat in your diet
• How well you maintain your ideal body weight
• If you get adequate physical activity
• The proper amounts of rest and relaxation you get
• Not smoking while consuming alcohol moderately

All of these factors are taken into consideration, and usually carry more weight than whether you eat strictly organic food or not.

Why Organic Food Is Under Question
Some claim that it’s just a media creation, as there’s really no way of testing if certain produce is really organic, or not, even if it’s stated as such. There’s no actual method of knowing if the broccoli you’re about to chop up is actually organic, other than taking their word for it.

What has been tested true, however, is that the consumption of “certified” organic food has less exposure to certain pesticide residues, as well as antibiotic resistant bacteria. The biggest question remains whether organic food is just a marketing ploy, and the higher prices that you play for the privilege is just a waste of money.

The Testing Of Organic Food
The initial testing results, based on a select group of fruits and vegetables, which were organically grown, actually didn’t contain any more vitamins, or minerals, than those which were non-organically grown.

Another test found that depending on the type of produce which were organically grown, had on average, approximately 11% percent more nutrient levels than those sprayed with chemicals and pesticides.

This particularly in the form of antioxidant molecules, where the plants develop to self protect themselves from pests, which also boosts human health through the various mechanisms.

There’s also reports that the pesticide levels in most produce, although higher than in organically grown produce for the most part, is consistently lower than the levels which are recommended by the various agricultural bodies. So that then makes it okay, right?

So just to say that those levels of pesticides are safe, doesn’t take into account the combination of the “cocktail” mix of the other types of chemical sprays which are used, and their potential combined synergistic effects.

Since there’s such a wide variety of pesticides which are used by the farmers during the growing process, the actual combinations together haven’t been properly tested.

But other than what the pesticide safety limits are, and if they’re really safe, organic produce does contain lower residue levels of chemicals. Overall, experts believe that certain individuals should be concerned about ingesting these pesticides, especially those who are:

• At health risk of chronic disease or illness
• During pregnancy
• The first few years of a child’s life, and
• The elderly who may be battling disease

However, it was found that conventional meat actually had a 27% percent greater risk for potential contamination under lab testing, with bacteria resistant to significantly more antibiotics than the organic livestock.

The primary reason for this may be because the organically raised livestock aren’t treated with antibiotics, nor are they fed any synthetic growth hormones, or injected with genetically engineered ingredients, to enhance or alter their growth.

The Results Are Still Inconclusive
Since certain diseases can take decades to show up, it’s impossible to extrapolate any of these studies based on what the consequences of the consumption of organic or non-organic foods are, when it comes to our health.

These answers can only come from longer term studies, as well as larger scale population tests, to accurately tell if eating strictly organic produce and livestock are beneficial to one’s health.

So even if there are studies which concedes that organic produce does contain more natural plant chemicals, showing more favorable fatty acid, better omega-3 to omega-6 ratios, which are all nutritional factors that are thought to lower the risk of disease.

Is Organic Better
The tests show that organic produce does indeed contain less pesticides, but the detoxification capacity is also impaired by the treatment of the disease, where even the “safe” levels of pesticides can actually cause harm.

For those who are affected by disease, or long term illness, the patients, and the survivors are always highly motivated, as well as willing to do what ever it takes to tip the scales in their favor, going organic being one of them.

So rather than waiting for proof, which rarely emerges when it comes to any scientific inquiry, they would just rather adopt the precautionary principle, which is avoiding any potentially unhealthy foods until they’re proven to be harmless.

How To Naturally Ease Those Nasty Creaking Painful Joints

How To Develop A Mobile Strategy For Your Business Or Brand