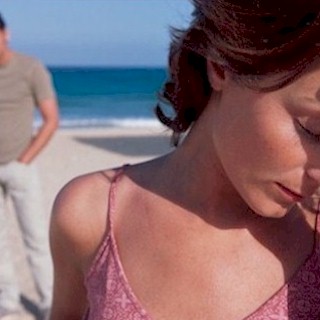 There are those who constantly complain, whines about the wrongdoings done to them or their group. That their human rights were violated, constantly playing the victim card. The umbrella that it’s shoved under is racism, gender, ethnic, or minority inequality, and “It needs to stop right now!”

Every slight that a person experiences, this since they look different because of their skin color, beliefs, or religion, will accuse the perpetrator of racism or hate. That they’re being picked on, that they were wronged. They believe they’re treated the way they were, because of who they are, and everyone should feel sorry for them.

Racism has become the biggest predicament that the world is facing right now, as it’s the lightening rod for almost every disagreement, or act of violence.

Then there’s the gender issues, where being a certain gender or choosing a certain lifestyle, claim that they’re being treated with inequality or disgust.

Life Inequality
There is no denying however, that it’s always the men who gropes women on the subway, and never the other way around. A world where men are constantly being paid more than women, for the same position.

Where women feel that any interaction they have with a man, where they feel uncomfortable or demeaning, is sexist.

“Man” Can You Believe This
What the “feminists” have developed are certain derogatory neologisms, when it comes to the male species and the word “man.”

For instance, “manspreading,” is referred to how males sit, say on the bus with their legs spread wide apart, taking up more room than they should.

Another is “mansplaining,” which is defined as how males come across to females, this to explain something, or makes a comment that feels condescending, arrogant, or in an overconfident manner.

Men And Women Talk Differently?
So what needs to be known is how similar the “language” of the conversations between the same sexes are. Men talking to men, and women talking to women.

The words and the tone that they communicate to each other is vastly different between the genders, even when talking about the same topic. The greatest communication issues in relationships, is the different language of speech between each other.

There are certain distinct patterns of communication that’s built up over the years, where boys growing into young men, will talk to each other in a specific manner.

And conversely, the manner of speech between girls are similar with other girls, but completely different once men and women try to talk to each other.

How Genders Talk To Each Other
What’s known for certain when it comes to the conversation between two males, is that they’ll talk to each other in rapid fire fashion that’s fast paced, blunt and to the point. The language is more practical than emotional.

The talks are more about explaining, telling, or understanding technical issues or subjects, this in the attempts to solve the problems of everyday life, as quick as possible.

The conversations that are held between women are more emotionally laced and hesitant, displaying empathy or concern that they feel for each other, or other women.

Once the genders begin talking to each other, they expect to hear one thing, but often hears something different, which becomes perplexing.

Accept The Differences
So because of these differences in speech patterns, if a man happens to speak to a woman the same way he does to his friend, he may come across as being condescending, demeaning, or arrogant.

But this is how men are. What or how they think and say has been formed since childhood, and doesn’t consider themselves to be condescending. This isn’t understood however, because of the male-female dynamic that exists.

What’s known for certain when it comes male-to-male conversations, is that they prefer to be direct, practical, and aggressive, where the conversations between females are more empathetic and emotional.

Learn How To Interpret
When a woman is likely to become angered or annoyed, is once her partner lectures, “Listen, this is what you do…”

What compounds the issue, is that he won’t give her credit for her input, while constantly directing her. The reason is because he’s speaking to her, the same way he would to his male friends.

There are also certain situations, where men appear to “talk down” to women. There are some who do this far too often, although it’s not intentional.

The least divisive way to approach these issues when it comes to talking to women, is not allowing her to think that she’s been spoken to in a certain way, this because she’s a female. At least, don’t make it obvious.

People Beyond Borders
Once someone is new to a country, their language, customs, religion, and culture can be vastly different. So what they may feel is they’re being treated rudely, or they’re experiencing racism or hate.

Similar to men and women not always understanding where each other is coming from, different cultures don’t as well. What everyone needs is to step back, and observe the differences. It’s usually not because of skin color or gender.

Just Learn To Adapt
For men, if your wife comes home from a bad day at work, and begins to complain about something that happened, don’t put on your “man” hat, and give her the automatic, “Here’s what you do…” speech.

Instead, attempt to look at it from her point of view, take her approach on how she should handle the situation. Sympathize, ask questions, understand what she’s feeling, and what she thinks she might do.

Instead of getting her angrier, or to avoid the tears from flowing because of your blunt insensitive response that you would say to your buddy over a beer, be more empathetic.