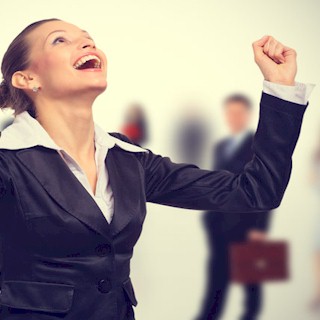 We all know someone who’s pessimistic, the constant complainer who sees doom and gloom in everything they do in life. Whatever happens, good or bad, they remain negative, as they view through a lens of being helpless, lethargic, and hopeless. Most default to being negative.

Then there are those who chooses to be positive about everything, has emotional intelligence, as they’re always focused and attentive. They enhance and fortify life. They have a sunny disposition and are eternally optimistic. They instantly rebound back from adversity, while continuing to remain resolutely positive.

They’re the stable even keeled extroverts, while those who choose negativity are generally unstable introverts. These are the polar differences of most personalities, and are pretty much set. You are who you are.

What’s known is that people don’t change much over time. What we do however is adjust and become a bit more neurotic, or a little less extroverted, but our personalities will remain pretty much stable, this despite what happens to us.

They’re more fun to be around, as they’re outgoing, more adaptable and flexible. What they do is find it easier to make and keep friends, which is a critical component when it comes to their happiness.

Emotional intelligence is being aware and sensitive, this when it comes to gauging the mood of themselves and others. What’s more important, is how they manage their emotions. EI people are capable of altering mood, which is a key ingredient for success.

Adapting To The Workplace
When it comes to employees, those showing traits of having emotional intelligence, are those who are capable of regulating their emotions and mood. They’re happier people, as they think good things will happen to them.

If there are two similar people, who has similar education, work experience, and skills, those who are emotionally intelligent, will find better jobs, earn more money, and are promoted sooner, than those with a pessimistic outlook in life.

What’s known is that CEOs and managers who have high emotional intelligence, recognizes this trait, and will hire happy people to work for them.

An Universal Trail
It’s not surprising that these findings are the same across all jobs categories, from athletes to counselors, from farmers to accountants.

So what’s been investigated is the reason for this. Why those who are eternally positive, who has a strong sense of well-being and mindfulness, are better employees. What’s found are a series of factors.

Strong Focus Or Poor Distraction
For those who are always unhappy, it’s found that they’re easily distracted, can’t concentrate, as they’re prone to lose focus on the task at hand.

What they also tend to be is more self-obsessed about themselves, while not caring about the needs of others, be it coworkers or customers. Those with high emotional intelligence are taught to be more focused.

Regulation Of Mood
What’s known is that people who are in a good mood, are able to recall more positive things, while those who constantly think negative thoughts, can’t.

Better Decision Making
Those with a sunny disposition will instinctively make better decisions. They’re also quicker to react, are more accurate and inclusive. Those who are unhappy, become distressed and “hung up” about small irrelevant issues, while alienating those trying to help them.

Optimistic people will believe that any issue is solvable, and they’re able to make the right decision, with help, every time. The pessimists brood around, sapping up energy, while they procrastinate, making poor or the wrong decisions.

Ability To Evaluate Better
What’s universally known is that we avoid bosses when they’re in a bad mood. Those who are usually in a good mood are easier to approach, more encouraging, more tolerant, and forgiving, when it comes to the “small stuff.”

What negative moods does is activates negative energy, such as blaming or attacking others, this rather than helping or listening to them. Negative people make poor coworkers and miserable team members.

Persistent Positive Moods
What being in a good mood does is makes people more generous, cooperative, and graciously helpful. Positive people are constantly on the lookout to deflate crises, or to resolve conflicts. Those in a bad mood, are those who causes this conflict.

No one appreciates an unpredictable moody egotistical boss, coworker, or customer. This instability that they display is known as neuroticism, which has ties to anxiety and depression. We also avoid people who avoids us, a trait of introversion on their part.

To Hire Emotionally Intelligent People
• What some employers will use is a personality test during the selection process. What’s defined is if the person is happy or unhappy
• Improving emotional intelligence is a learned response. This begins with learning to improve ones social and interpersonal skills
• Positive people realize that happiness isn’t derived from worldly or materialistic success
• Just acting happy, going through all the motions of being happy, can do is trigger the emotions to become emotionally intelligent

It just pays off for the employer during the interview process to recognize genuinely happy people, as they are easier to train, and more willing to learn becoming emotionally intelligent.

So provided that the educational level or job experience is similar, choose those with a happy outlook. Always choose to hire outgoing people, and not the nervous neurotic types.

The Reasons Why You Always Gain Weight During The Holidays