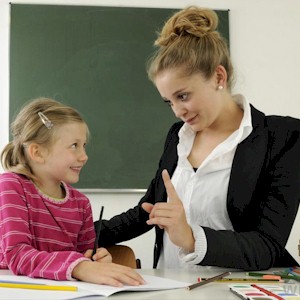 There are some who just appears to have it all, the complete person. Pretty or handsome, and personable. They’re instantly liked without a word been spoken, a certain illuminating aura. They radiate a beaming sense of self confidence that everyone’s drawn to.

They have a certain presence about them which gives off these positive vibes. These are the select humans of this world who possesses these features, and the majority of us aren’t that fortunate. Most struggle with low esteem, often resenting those people.

So why is there such a dividing line, that people are so polar different. How can one individual be so incredibly dynamic, success oozing out of their pores, while others are constantly struggling just to get by in life.

The reason is our upbringing, one that formed you into the exact person you are today, good or bad. Realize you were literally “programmed” with all of the beliefs and habits that you currently follow, or refuse to own.

So Who Programmed You
The easy answer is looking no further than your parents, guardians, the early educators who made deep impressions on you. This includes forming your personality and your values, then your peers and the world around you complies to it.

Your parents unknowingly programmed you with their behavior, forming you to become the individual you are and how you act. “Unknowingly” because they did their best to raise you, based on the blueprint on how their parents raised them.

So it’s your parents who did the original wiring of your brain. When growing up and then becoming an adult, all you’re doing is defaulting back to the same way that you were when young, this whenever you feel stressed or need to make a major decision.

For instance, you were raised in a household where there was open communication, where both parents were always there and active. They took an interest in your life direction, encouraging you in everything that you did and liked.

You grew up witnessing your parents working hard every day, treated everyone including each other with respect. As a result, you flourished and have a successful career, a happy marriage with a spouse of similar background.

But Who Said Life Was Perfect
The other half of the world, perhaps more the majority, lives in neglect and dysfunction. Your drunk parents never encouraged you, and the dollars they should of saved for your education, went into another bottle of beer.

Your father had an extremely negative outlook on life, this because of his own traumatic childhood, and he wants to transfer that on to you. Life is tough son, it’s about hardship and disappointment. “See, I’m living proof of it.”

So you grew up with the same dark shadow of negative gloom. You have low self-esteem since no one ever took the time to encourage you, take any interest in you as a child, other than, “That boy/girl is up to no good.”

So It’s Not Your Fault?
You never asked for this, the mindless ignorant stork who dropped you off at your deadbeat parents doorstep.

The miserable bad hands of fate that you were dealt in life. Now as an adult, what you’re forced to live with are the consequences, thinking you have no other choice.

What you seen everyday as a child, you’ve faithfully adopted and are reliving it today, and most likely, you have no clue why you’re doing so.

There Are Exceptions
You grew up on that dirt road with abusive parents. You saw poverty, dysfunction, and hopelessness everywhere. A war zone in your own home.

As a child, you knew you could do better, you couldn’t wait to get away from that environment. You saw the self-destructive nature of your parents, and were determined to be nothing like them.

When growing up, your only sanctuary was school and the lessons it taught. As an adult, what you’ve developed is a positive self image, and the resolve to do everything you can to make it on your own.

Altering The Trend
You altered yourself in defiance of your family values. Some call it the “black sheep of the family,” but this behavior can go either way, sometimes good sometimes bad.

This when a troubled boy or girl goes on and pursues a successful life, while their friends and siblings end up in jail.

On the other hand, a child who has everything going for them, those from a wealthy family could go against their parents values, this by spending recklessly and ending up bankrupt as an adult.

Either scenario, you can’t blame the parents. They raised you the best way they knew how. The key being understanding and accepting the programming they wired into your brain, but just knowing isn’t enough.

To De-program Yourself
You need to know the exact “programming” that’s dictating your behavior, known as self-sabotage. This is why you’re constantly attracted to certain people or things you know are bad for you.

These are the programs which are preventing from having a better life. The ones your parents implanted in you, and are still with you today. You’re the only one responsible to do something about it.

What’s Deterring You
The more that you reflect on your childhood memories on how things were, the more you become consciously aware of them, the easier they become to eliminate.

Most never make the connection between how and why they currently behave as an adult, and the direct link that their parents acted the exact same way during their childhood.

They just accepted their values and guidance without questioning anything, then wonder why they keep making the same mistakes over and over again. Now you can change it.

The Reasons And Process Of Stepping Out Of Our Comfort Zones