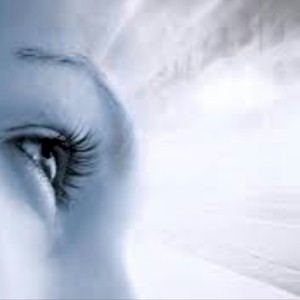 When one is attempting to apply the act of visualization, most think that they need to create vivid visual images in their mind first, and then attempt to make them life like. What many are finding is that this is pretty much impractical if not impossible to do.

Even if they are able to formulate some type of vivid image of their objective, they can’t sustain it, as it’ll usually fade, change, or other thoughts intervene. This type of visualization is difficult to preserve and fortunately, not a necessary component.

The reason being that it’s in the subconscious mind where the visualization needs to be placed, as it can’t determine if the imagery is real or not. The visual image just needs to be as vivid as any other imagined event.

However, that’s only the surface. If all you need is to imagine, the world would be a violent chaotic place. So certain steps need to take place before the visualization is transferred into the subconscious for manifestation.

Visualize A Memory
Remember a past event and the feeling surrounding it. Any good memory will do, such as the first time someone said “I love you,” your first kiss, or a great holiday, etc. Pick one event and then remember it.

How concise was the image, the sounds, how you felt, the sense of touch, smell, or taste. Realize that your memory responds to mostly auditory and visual feelings.

Visualize A Future Event
Then imagine something that you do everyday, such as waking up in the morning, and then visualize that. Is it light or dark outside, is there someone next to you, are you still tired, has the alarm sounded.

The difference between this imagined visualized event and the actual memory has one key difference, and that’s your point of perspective.

Determine if the memory is behind you or if it’s a future event that’s ahead of you. Whatever the perspective is, they’re both similar in appearance.

Visualize a future event, a week, and then a month from now. Are those images moving further away, moving clockwise. This is your time-line, and becomes important in the visualization process.

Now Visualize A Fantasy Event
Imagine you’re sitting somewhere familiar, comfortable, and relaxing. Now imagine someone you know coming up and saying “hello.” Imagine they want to show you a new trick.

Suddenly, they’re juggling three balls with ease while whistling your favorite tune. You then suddenly realize the aroma of flowers in a vase behind the juggler. Imagine you laughing loudly feeling joyful of the experience.

The person then leans forward standing on one leg, flinging the other leg skyward, all while still juggling and whistling. Once you’ve imagined this event, allow it to dwell, and then let it fade away.

The Future Visualization And The Fantasy Visualization
Now open your eyes and determine the differences between the two visualizations. Were there any distinct ones. Did you use the same senses as you did in your fantasy event, as you did in the future event.

Did you see the visualizations from different angles, was the image bigger in one of them. Were the sounds more clear, the smells more acute, the feelings stronger.

Take the time to go back to each of the scenes in your mind. How does the fantasy event differ from the future event.

What were the subtle differences if any, such as a different vantage point. Were you able to see yourself in one image, and not the other. Analyze what the differences were.

Once you’ve identified how the fantasy event differs from the future event, note what they are, this regardless of how subtle they may be. Once you do, then you can begin the visualization process.

Construct A “Goal” Visualization
Take a goal that you’ve been wanting to accomplish, one you’ve been working on. This needs to be reasonable at this point, such as a new job, and nothing that’s too far fetched or bizarre.

Pick something that’s entirely possible but currently appears impractical. Once you’ve formed a mental image of what you’d be like to have, be, or do, then involve yourself directly into that experience.

Visualize it the same way you would a memory. Give it the same visual strength, this in how it feels, sounds, and tastes, while relaxing your mind. Vividly imagine the scene.

How does this visualization differ from the visualization of you waking up in the morning. Are you able to identify the differences in perspective, touch, taste, sounds, feelings.

Know It Will Happen
The main difference in the future and fantasy visualizations, is that you know the future visualization, waking up in the morning, is a true event that’s going to happen. This is also reflected on how you experienced the image.

For the new “goal” visualization to work, the subconscious needs to be fooled into thinking that this new goal is definitely going to happen, much like the future visualization, this by manipulating it.

Effective Visualization
This is the reason why you need to determine the subtle differences between the future and fantasy visualizations, as the attempt is to alter the “goal” image, so it emulates the “future” visualization.

Do so by placing the visualized goal scene in the exact same position as the future visualization, this by using the same perspectives and feelings, as if the visuals were true.

Just by plugging in this visualization, now makes your subconscious think that the goal visualization is attainable. Make sure that you visualize this on a daily basis.

What doing so does is it conditions your subconscious to emulate the exact experience, forcing the “goal” to manifest. It’s important that you think your goal will come true, which further reinforces the visualization.