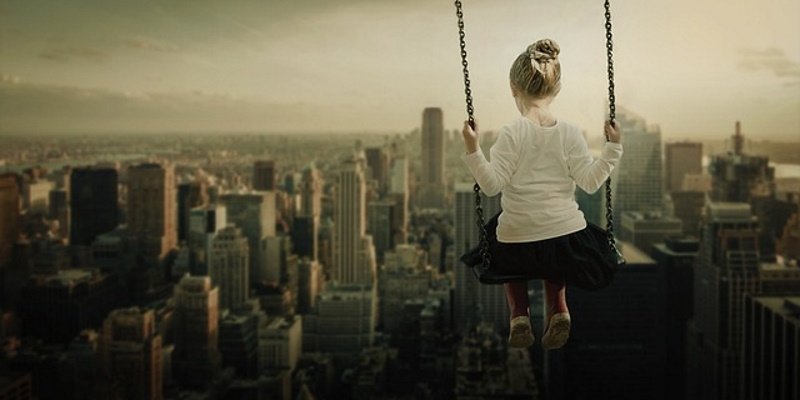 We as children were prolific dreamers. When we were young, the canvas was open to whatever we wanted to become. Some choose astronaut, others a nurse. As we grew older, our dreams began to turn from fantasy to sensibility. We were eventually convinced to abandoned our dreams, and face reality.

There are some people close to us, intentional or not, who threw self-doubt our way with constant negativity, to push us away from pursuing our dreams.

To conform to something we don’t want to become. This is the directive for most lives, which is to gain sense, to obey, to get a real job, that we’re no good.

We’re lambasted with the negative opinions of others, and eventually we begin to believe them.

We comply to a life of the ordinary, as the once spectacular dreams we once had, just remain dreams.

We as children dared to focus on the impossible, to believe in the potential of our dreams. The adult naysayers however, constantly found reasons why we’ll fail somehow.

That we needed to focus on stark reality, instead of taking the steps to connecting with our fantasies. To not pursue the magnificent flight that is our imagination.

The most common argument would be. “There’s no way you can do that!” which becomes the most popular phrase of the negative. Then they attempt to destruct our progression.

We’re constantly asked “how” before “what” we’re going to do, which stops us in our tracks before we even begin.

The energy that’s generated on focusing on the “what,” does is brings forth the how.

Although planning is great and expected, the issue becomes focusing on having no idea on doing “how.” What’s then missed out, is attempting to manifest our dreams.

The fact of the matter is, everyone possesses more personal power then they realize.

Our dreams can be a mystery, at times bizarre. It’s our willingness to fulfill those dreams, while having the determination to do so, is what allows us to achieve.

The ability for us to manifest our own reality, is the pure power of creation itself, and what we possess.

Just having the belief of developing these abilities, is what we gift to ourselves and the world.

What it can become however, is a long and often winding and difficult journey. To rediscover those innate fantasies in ourselves, after years of being told to deny their existence.

When We Were Young

When we were children is when we used our personal power the most, without even realizing we were doing so.

Then we’re told how to behave, how to think, while being limited by having our perceptions, along with our interpretation of the world dictated to us, this by schooling.

As a child, our personal power was limitless, usually because we didn’t know any better. Then as we grew older into adults, this potential becomes dormant and left untapped.

To Overcome The Naysayers

So the key becomes to somehow overcome this onslaught of negativity, which assaults our dreams, while threatening to phase them right out of our existence.

What’s needed, is learning how to strengthen our mental immune system.

This is similar to performing mental martial arts, which is the practice of regaining our belief systems which imprisons our mind, body, and spirit.

So what we need to develop is the concept of mental martial arts, to reach our potential.

We can then reach the highest possible rank of achievement, when it comes to the skills of mental discipline and self-defence.

What needs to be adopted is a strongly focused, step-by- step process, to stand our ground against the onslaught of all the daily negativity, and naysayers in our lives.

What this philosophy uses is a focused martial arts mindset, by applying similar mental self-defence techniques.

Doing so builds up our mental immunity, to fight off, regain, and protect what’s most precious to us, which is our ability to dream.

What’s needed at some point in our lives, is to learn how to defend ourselves better. Not just physically, but also emotionally, mentally, and spiritually as well.

What we grow up in is a “cult” like environment, where we’re constantly told we’re useless, worthless, and undeserving of love. What’s endured, is years of emotional and mental abuse.

Most families are dysfunctional. The father can be absent or abusive, as the mother is repeatedly robbed of her emotions, and this can only be passed down to their children.

As a result, some kids unfortunately need to “sink or swim” at an early age.

To stand up for themselves, or to surrender to the hate of the world they constantly face, at home or to the bullies around them.

Then during these negative points in their lives, is when their dreams of greatness dies.

The imaginative world they’ve constructed for themselves, go on the back-burner or become impossible to reach, as they go in survival mode.

The Need To Become Mentally Stronger

This is the value of disciplines such as the martial arts, which extends far beyond just learning physical self-defence to protect oneself.

It’s also the mental discipline that’s needed to protect our emotions and spiritually.

What needs to be overcome, are the experiences of oppression, isolation or abuse, as every individual has suffered some form of negativity in their lives.

What everyone also has, is the power to transcend any situation they face, regardless of how hopeless it may appear.

Everyone needs to stand up for themselves, to survive and learn how to win against all odds.

Regardless of how many setbacks, mistakes, traumas and tragedies we face, what needs to be activated are the dreams that’s dormant within all of us.

How The Mind Controls The Brain From Going Insane