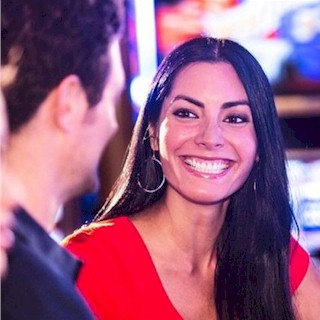 Men are in a predicament these days. This once they cross the line, and are accused of sexual harassment. What men are taught, prompted, is to make the initial move, which means push for that first kiss, or initiate increased levels of intimacy with a woman. This pressure to make the first move, at times becomes onerous.

Fast forward to Friday night, where there are designated night clubs, bars, dance clubs, as well as other places, where people are wanting to meet someone of the opposite sex. These places are often referred to as “meet” markets.

If someone happens to go out to one of these spots, what’s presumed is that they’re wanting to meet someone new. This is where the “signalling” for women begins, this when they have sexual interest in someone.

Do It To Me One More Time
So what then are these nonverbal signals that women give out, this to announce that she has interest in a particular man, and may be interested in meeting him.

A typical scenario, is she’ll enter a nightclub usually with some lady friends. Once they enter the establishment, what she’ll then do is her due diligence, this by performing a visual scan around the room, this as discreetly as possible.

If and once she finds a man who she thinks is attractive, she’ll subconsciously fix her gaze on him. What’s considered important is this gaze, as it’s a key component when it comes to signaling interest.

What she’ll do is maintain this gaze, until he eventually notices her. Once he does, she’ll then flash a smile, break the gaze, and will then return the gaze several times, all while smiling.

Other subtle cues include subconsciously self-grooming herself, such as fixing her hair. She may also have an open body stance, such as moving her arms away from her body, all while beginning to orient herself to face him. She does so, without she even realizing it.

Do You Really Want To Know Me
The man if and once he picks up on her signals, and once he decides to approach her, what they’ll both do is begin to align their bodies to each other.

What the woman might do, is engage in further nonverbal behavior. This can include what’s known as palming, which is displaying her open wrists and palm.

She could also engage in self-touching herself, such as lightly grazing her body, expose her neck, lean back, or slightly tilt her head towards him.

You Look Wonderful Tonight
Once men become more aware of these behaviors, the subtle gestures that women give out once she has interest in him, he’ll begin to notice them in other situations and scenarios.

Once two newly acquainted people are interested in each other, what they’ll begin to display is increased synchronicity. They’ll begin to mirror one another, this when it comes to their gestures and movements.

This can include light touching, this especially by the woman, while leaning forward and smiling, while increasing her hand gestures.

What women will usually do belatedly, once they find someone attractive, is notice that they’ll self-groom themselves a bit more, this once someone she’s attracted to enters the room.

If There’s No Response
What’s known is that most women are aware of, and can describe some aspects of these behaviors, this when it comes to signaling, once they attempt to attract someone they like.

Men are often more aloof, and unaware that they’ve even been signaled by a woman who’s sitting across the room, or someone they’ve approached.

What they’re thinking instead, is that they at least showed some initiative to approach her, but she had no interest.

Meet Market Frenzy
What trained observers are able to predict to perfection, is the outcome of these interactions, when it comes to men and women, this based on the woman’s nonverbal signaling cues.

It’s thought that one of the surefire predictors is her frequency. Women who has high-signaling tendencies, are much more likely to be approached, than those who are low-signalers. This is often referred to as flirting.

This rate of signaling, is also strongly correlated with how much interest that they’ve elicited in the man.

When It Becomes Harassment
What some men will do, is mistakenly approached a woman who may not even be signalling him, this often motivated by liquid courage.

As a result, he’s shut down quickly by his advances. What experts claim, is that these men have poor “decoding” skills.

What women also have, is an equal amount of nonverbal shut-down signals, this when it comes to someone who they have absolutely no interest in.

This includes crossing her arms across her chest, leaning away or avoiding eye contact. She’ll display negative behavior, such as rolling her eyes or looking away, all which are opposite attraction signals.

What’s also known is that men are particularly bad, when it comes to picking up these rejection signals, as they think that she just doesn’t understand him, or that she’s playing hard to get. This is when it can turn into sexual harassment.

Is Online Dating The Cure?
What all this flirting, expressing interest in someone, trying to initiate a relationship, now does is relies more heavily on written forms of communication, such as online dating.

It’s now thought easier to just meet someone virtually, but ultimately, what’s needed is eventually connecting with that person face-to-face, and relying on the nonverbal signals.