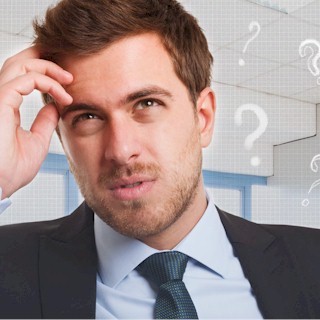 Not minding your own business, is one of the most annoying human traits. What we have is an insatiable hunger, for wanting to know what others are thinking. To delve in their secrets, to extract their deepest most sacred feelings. Becoming nosy in what others are doing, satisfies a deep yearning.

Curiosity killed the cat, as they say. What some will do is begin “chatting” it up with compete strangers while waiting at the doctors office, while in line when ordering coffee, or sitting next to a bus passenger. Anyone who looks remotely interesting. It appears almost an epidemic, initiating a conversation, and start talking to someone.

In the world that we currently live in, where almost everyone has their head slumped forward browsing their smartphones, there’s a hunger for face-to-face communication, that’s still treasured.

It’s also a lot more difficult to say “No,” when facing someone directly, as it’s impolite to let someone down or lie to them.

To Be Trustworthy
It begins with establishing trust, this so that someone feels comfortable, and that it’s okay for them to disclose some type of personal information with you.

What trust and empathy does is goes hand-in-hand, as what you want is to come across like you care, that you’re concerned what that person is experiencing. Perhaps you both mutually share something in common.

Getting Someone To Open Up
It’s considered an art form to get someone to talk about themselves. There are certain situations such as job interviews, where there’s a need to learn more about the person, which is a potential hire.

The “resume” is just the introduction, that’s used as the gateway based on the information that’s provided. What’s missing is the individuals personality. Always ask open ended questions, along with asking them to describe how certain experiences were like.

That’s How Friendships Begin
Interacting with strangers is a bonding process, that can begin with email exchanges or Facebook “friending,” which leads to developing into a relationship.

One that continues beyond the initial interaction. This is how friendships are formed. Minimally, what you can gain is practical knowledge that can help you, the next time that you’re in a similar bind.

What getting others to talk, means that they’re willing to share with you some type of information, that supersedes what you already happen to know yourself.

Pick Up On Initial Cues
Pay close attention to any type of information that the other person decides to share, this at the beginning of the conversation. This could be their unusual name for instance, which leads to interesting clues.

It could be something that you’ve overheard, while waiting in line for coffee, about what the person does, or where they’re from. Even if the information is generic or innocuous, what it does is forms the foundation for what you’re going to discuss.

A Starting Point
Establish a starting point of connection, and then use that to continue the conversation. “I knew someone in school, who’s name was Yuri,” or “Oh, I overheard you’re from Seattle, my cousin lives there.”

If you both happen to be experiencing or suffering from the same type of situation, such as waiting in a long lineup, then comment about your shared misery.

Try leaking a bit of information about yourself, just a minimal amount to create curiosity, this to keep the conversation going.

Never Assume
Never give quick judgment based strictly on assumptions. Say that a stranger that you’re sitting next to, is wearing a tattered flannel shirt and jeans, this at a formal event.

You might instantly think that this person is there by mistake, this since they clearly don’t fit in with the crowd.

Before you place a negative judgement on them and write them off, instead, choose to connect with them in a friendly and respectful manner. For all you know, they weren’t aware of what the dress code was, or they’re influential enough that they just don’t care.

Ask Open Ended Questions
Ask questions that aren’t overly nosy or intrusive. Use the visual data that you have, such as a well presented resume. Begin with generic open ended questions, which eventually leads to the specific information you’re seeking.

Or it can be an extremely poorly written resume, with short scattered periods of employment. There could be a variety of reasons for this. To find out what the actual truth is, give the person the benefit of the doubt, by allowing them to explain themselves in their own words.

If it happens to be an informal situation, keep the questions limited to what feels like a comfortable amount, while remaining in the context of the initial interaction. Avoid bombarding someone with rapid fire questions.

Know When To Back Off
Be mindful enough so you’ll know when you should back off. At some point, the person may begin to show signs that they want to discontinue the conversation, this for one reason or another,

Another clue is they may not answer a question that you asked them, to your satisfaction. So be aware of these clues.

That poor job reference you got from their former employer, might be because of an illness in the family, and not because of poor work performance or tardiness.

The subject matter might be too uncomfortable, or too challenging for them to answer correctly. If you get this response, or if the individual clearly becomes upset, then let the matter go.

Effective Communication
What it takes is practice to refine communication skills, this when it comes to connecting, as it’s a two-way street, this especially in situations when you don’t know the other person.

Once refined, what doing so does is opens up opportunities to satisfy your curiosity, while also connecting and forming relationships with people you don’t know.

How Learning To Forgive People Removes The Shackles Of The Past