Understanding The Military Grade Cryptology That Is Bitcoin
Skip to content 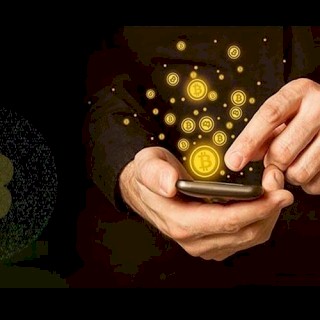 Just a few decades ago, the Internet was a sketchy concept to understand, let alone use. In its infancy, a variety of hazards needed to be ironed out. As a result, no one trusted it. It was slow and susceptible to hacking, where those with deceptive intent could easily steal your personal information, which left you exposed and vulnerable.

The Internet today has graduated into a trustworthy appliance, a warm friendly face. The shroud of mystery has been lifted, as the masses now participate to make it the most dominant form of communication in the world. This to share data, buy things, gain knowledge, converse with friends.

The Internet has no geographic borders, as all one needs is a device to go online, that’s capable of connecting to the Internet. No one can’t imagine a world without it.

Beyond The Internet
The same skepticism exists today when it comes to cryptocurrency. This skepticism is similar, to when the Internet first became mainstream not long ago.

So consider this new technology that is digital money, to what the Internet once was to digital information, email, and ecommerce.

Expect cyptocurrency such as Bitcoin, to eventually replace traditional money as we know it today, similar to how the Internet replaced encyclopedias, shopping, and mailing letters.

Money 2.0
Think of cryptocurrencies such as Bitcoin to become a global currency, as it’s not going anywhere. Similar to how the Internet began, digital money has a lot of kinks to work out, which causes mistrust.

Traditional money has its limitations, as every country creates their own government operated money. So it’s confined geographically, where a dollar in one country, isn’t worth the same in another country, or can’t be spent there.

Imagine a form of currency where it has the same “dollar” value, regardless where you live in the world. A digital currency where it’s safe, secure, and not controlled by a government, as it’s completely decentralized.

Crypto And Blockchain
Blockchain is a revolution in the global business market. Blockchain technology, is an online platform which allows the transfer of secure digital information, without the risk of it being copied.

What “blockchain” technology does is prevents fraud, hacking, embezzlement, and cooking the books. What it does is creates a decentralized public record of financial transactions, completely free from human error or interference.

Blockchain was originally developed, to keep digital currency such as Bitcoin ironclad secure. The potential usage of this innovative algorithm however, opens the door towards an entirely new business dealing process.

Traditional Digital Transactions
When it comes to traditional transactions, what a payment from one person to another, does is involves an intermediary, secondary parties, to facilitate the transaction.

Let’s say that Bob wants to transfer $20 to Susan. Bob has options. He can give her a $20 cash bill, or he can use a payment method, to transfer the money directly to Susan’s bank account.

The bank in both cases, plays the intermediary to verify the transaction. Bob’s funds are verified, when he withdraws the money from a teller or an ATM machine, or are verified through an app or payment system like Paypal, to make the monetary transfer.

The bank decides whether the transaction should proceed. It’s the bank who also holds the record of all transactions, such as the one made by Bob to Susan. What the bank does, is holds and controls the ledger, as all transactions flow through the bank.

Blockchain A Secure Digital Ledger
Blockchains operate differently, because they’re decentralized. There’s no need for a secondary central clearing house like a bank, and there’s is no central ledger that’s held by one entity.

The ledger, is instead distributed across a vast network of computers, which are known as nodes. What each node holds, is a copy of the entire ledger transactions on their respective devices.

These nodes are connected to each other, by peer-to-peer (P2P) client software, which synchronizes the data across the network of nodes, making sure that every computer has the same ledger data.

So blockchain is an algorithm and data distribution system, designed for the management of digital cash, without the need or intervention of a centralized administration, while leaving no paper trail.

It’s programmed to digitally record every financial transaction, or anything else that holds any value, anonymously without leaving fingerprints.

The Absence Of Trust
So the advantage of using blockchain, over a banking or central clearing house are many. There are reasons to use Bitcoin, instead of paper currency.

It comes down to trust and anonymity. When it comes to the banking system, it becomes vital to trust the bank to protect your money, and that it’s handled properly.

To ensure that this happens, there are enormous regulatory systems that’s in place, to verify the actions of the various banks and payment systems.

What the governments also needs to do, is regulate the regulators, which results in a tiered system, a central authority, where the financial systems are held in check.

The Blockchain Is Ironclad
Blockchain on the other hand, are completely trustable. Every transaction, which are known as “blocks” in the blockchain, are individually verified by the nodes in the network.

This occurs before the transaction is added to the ledger. What results, is there’s no single approval channel, and no point of failure.

If a hacker wants to “hack” a ledger on a blockchain, they’d need to simultaneously hack millions of computers at once, which is close to impossible.

It’s also impossible for a hacker to bring a blockchain network down, as they would need to shutdown every single computer on the network, which contains the nodes.

The decentralized, democratic and highly secure nature that are blockchains, means that they’re able to function without the need of any type of government control, or any other opaque intermediary.

Bitcoin is the most established blockchain platform. It’s completely secure, but still in it’s infancy, as the Internet once was.