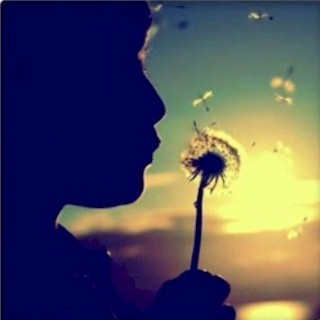 What we all do is wish, we wish for a lot of things, but doing so is found to be weak willed, which has no momentum behind it. When wishing something, what you’re not doing is coming from a place where there’s strong vision. Where wishing comes from is a dreamlike state. something that you become hopeful of.

When it comes to business, what you need is intention, to become focused and highly aware of the present, as that’s the only starting point where you can make things happen. Although wishing is fine, it needs to be turned into a vision somehow, one that represents what you want the most.

Once you reach this point, you can then craft goals and develop a strategy to reach those goals. This strategy also needs to be ground down into action steps which are easily doable.

Taking action then becomes key, which translates what you wish for into a vision, which then transfers into momentum to do something.

Looking Too Far In The Future
One danger when you wish for something is that it propels you into an uncertain future. Wishing something removes you from the present task at hand, and places you too many steps beyond where you should be.

What’s known is that the only place and time that you can make changes, is right now. So instead of investing your time and effort hoping and wishing what you want for the future, invest in right now, by taking action which can create that future.

Not Intentional Enough
Wishing is dreaming. Wishing for something isn’t grounded on a solid foundation of a vision. An intention however, is a definitive statement or thought which details exactly what you want to accomplish.

The energy surrounding wishes are ephemeral, much like clouds that pass through. Intentions, are more like focused energy.

Think how you feel the next time you say. I wish for… “something.” Then, say “I intend to,” this followed by something that you want to accomplish. Notice that the energy is completely different.

The Need To Be Specific
Our thoughts can be powerful. Whatever we put our minds to, what we think of the most, plays a significant role when it comes to manifesting our immediate future.

Wishing and wanting are too ill defined. They’re not specific enough for the manifestation process to activate. So if you’re wanting to create your future, your thoughts needs to be intentional, precisely focused, clearly articulated, and specific about the outcome.

Wastage Of Time
What wishing for something does is occupies too much of your time, as they’re filled with “what if” scenarios, which are entertaining and dreamy, but they lack substance and value.

Wishing for more customers is a waste of time and energy. Setting up an online sales funnel however, or picking up the phone and actually cold calling prospects, is an intentional act. They’re clearly defined, focused action steps to make things happen.

Wishing Is Comfortable
Wishing and wanting are the awake state of dreaming, where there’s no action plan that’s implied on your part. It’s just mental machinations, a time to lay back and wonder, while nothing gets accomplished.

There’s no need to grow or learn something new, or to step out of your comfort zone. When thinking intentionally, you’re making a plan to do something that requires action. Wishes accomplish nothing; while intentions moves you forward.

There’s No Momentum
There’s absolutely no energy that propels wishes. Although wishing and wanting are pleasurable pastimes, you’re just daydreaming on what you want, which creates hope. Wishing is just comfort food for those who are afraid of stepping up and taking action.

What intentions does is demands that you take some type of action, to step up and do something, which results in momentum, as once you take action, it’s easier to stay in action.

It Can Become Daunting
Since wishing isn’t rooted in clarity, and because there’s no real “call to action plan,” what it can often lead to are feelings of failure and malaise. This because there’s no momentum or movement going forward.

There’s no end game, as wishing has no forward action steps for you to take, something to do right now or tomorrow, from where you are right now.

It’s like always remaining on the outside, looking in and wanting in. It’s all about just hoping and wanting, but not having. There’s no motivation to move forward.

Leads To Negative Self-talk
What wishing cultivates is an environment of negative self-talk. If you’re constantly in a state of wishing, hoping for things and situations, things will always remain just outside your grasp, this because there’s no action plan to be taken.

This because wishing is just a mental process, where the mindset is nothing needs to change. It’s an exercise in futility, as you’ll never get what you want.

What this results in, is you’ll get caught in a downward spiral of thinking negatively. Then there are feelings of not being good enough, deserving enough, where in fact, everything’s there once you focus and take action.

No Momentum Turns Into Frustration
What wishing does is keeps you motionless, where you find yourself procrastinating because of a lack of a plan. Wishing is just a mental dreamlike state which leads nowhere.

What developing a plan with intent does is grounds you in focused thoughts, and coupled with a plan of action, leads to results.

The end result is always frustration, this once the realization sets in, that you’ll never get what you want. So develop focused intention instead, which results in getting favorable action.

Top 10 Most Difficult Subjects To Understand In The World