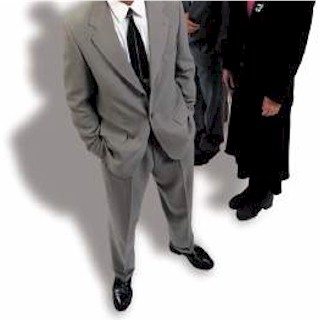 There are various reasons, why we humans are instinctively attracted to other humans. How the modern man attracts women, is a far more complex process. The reason being that women are pickier, and infinitely more perceptive than men are. Women are more stringent, on who they’re attracted to.

Whenever women evaluate men, how handsome he is, isn’t as important as how pretty a woman is for men. What the man initially looks for, is physical attractiveness. So the selection process, on how men and women are attracted to each other, has different criteria. So matchmaking, finding a date, becomes a difficult process.

What a man looks like, is thought secondary when it comes to a woman looking for a permanent man. What women initially react to instinctively, are the negative traits or behaviors that they don’t like in men.

Certain women aren’t attracted to someone who’s bald, while others will reject men who are short. Some women just don’t like those horrendous beards, while others dislike certain ethnicity, or are turned off by a bulging gut.

The Selection Process
Some women are just choosy, like they spending five minutes selecting the perfect ripe banana at the fruit stand. Most women are attracted to healthy ripe strong physically fit specimens.

Men who has an air of confidence, as they’re more likely to succeed when it comes to life. These are the men who can protect them better, provide better looking healthier babies, and has the potential to become more prosperous.

This is why personal characteristics are found more critical, as a determining factor when it comes to relationships. This is because what appearance does, is colors first impressions.

Women who are interested in just having short-term flings, will choose men who are elite alpha males, provided they’re pretty enough to snag them.

Once a man passes the first screen test of impressions, a woman is then more likely to pay attention to his personality characteristics, such as intelligence, occupation, and suitability for having a long-term relationship.

Compatibility makes perfect sense, when it comes to a well balanced relationship between a man and a woman. Relationships should be considered a partnership, which functions best once each takes full accountability of themselves, and the interests of the other person.

A Variety Of Different Types Of Men
Most men fall for the stereotypical beautiful woman, where women are usually more idiosyncratic in their tastes, this since they have more criteria to account for.

The skilled “womanizers” have various intentions. They’re experienced seasoned “con-men” who seduces women by telling them exactly what they want to hear. These relationships have a limited shelf life, as the torrid romance usually results in heated breakups.

Some women fall head over heals, over the nerdish college professor types. Others are more drawn towards the physical dynamics of a professional athlete. Many gravitate towards the creative types, such as artists or musicians, hopeful that they’re not starving.

Before Falling In Love
Most women will seek out men who are already established, those who are already successful and making money, or are gainfully employed. What they use is an economic filter, when selecting a potential mate, especially when online dating.

Beyond the economic selection process, this depending on the woman’s own success or attractiveness, they’ll set yet more stringent criteria, as they won’t settle down unless they get the premier stud.

Women are also generally drawn to men who are from similar backgrounds, this when it comes to ethnicity, religion, or occupation. It’s known that the most successful marriages, are couples who are remarkably similar and compatible to each other in almost every trait.

What Guys Can Do
Once a woman wants to attract a man, what they’ll do is doll up, enhance their appearance by pouring on the makeup, while wearing tight revealing clothing. They become peacocks in waiting.

In contrast, men won’t bother spending that much time on their appearance, although they know that looking good, can attract better fowl.

Although physical appearance should be important, most men don’t care about the latest trends, when it comes to apparel or hairstyle. Most will just be fashionable during the dating stage, but won’t care once their married.

Keeping relevant should be important for men, as it projects social status and mindfulness. Women will reject a poorly dressed man, while being attracted to someone in a tailored suit.

The quality of clothes that a guy wears, shows where he shops, which also indicates how much disposable income he has.

Women See Women Do
Women are aware of the visual signs of social status, such as he driving an expensive car, or dining out at a ritzy restaurant.

What many women still prefer, is the “traditional” man pays for all the expenses of the date. What this reveals is how refined the man is, and how much disposable income he’s willing to dispose on them.

Historically, men were expected to bring gifts to the women that they courted. This practice of the man providing, gives the woman a sense of security by being fed, and easier to seduce.

The act of being materially generous, is usually provided by the male. The reason being, that males are more eager to mate, to chase and impress, and will do all he can to win the lady over.

Is Today The Day You Ask Yourself These Life Altering Questions