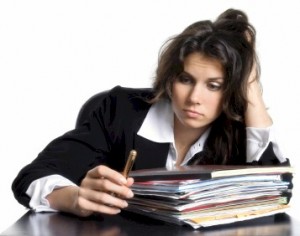 Most wonder where their job and career are headed. The majority of workers have one basic thing in mind, and that’s where the heck am I going in this job? Even if you really do enjoy your work, you’re not alone when you’re concerned about “doing the same old job, day after day, year after year.” This can be especially true if the job is mundane and you’ve been at it for awhile.

So, how can you tell if you’ve reached or are nearing the end of the current road when it comes to you job? Employment analysts will caution that these so-called dead end jobs aren’t really necessarily that bad of a thing. The majority of people are actually happy and enjoy having a comfortable steady position and a non-stop paycheck, especially in the current state of the economy. To most, there’s absolutely nothing wrong with that.

[ad#co-1]
But if you have fire in your belly, there may be some visible signs to help you decide whether you’ve reached the ends of your current job. These analysts will point out that switching jobs during this present workforce environment isn’t for everyone. But with the subtle signs that the labor market may be improving in some industry sectors, this may be the time to make a move.

How Stagnant Is Your Job
If you answer “Yes” to any of the following questions, it could indeed mean that you may possibly be in a dead end job with no potential for advancement, and it may just be a signal to possibly begin looking for something new.

• How Familiar Does Your Job Feel
If you get the feeling that everything you’ll do this year, or the next year has already been done in the past, then you may be finding yourself wanting a job that’s a bit more challenging, and a lot less familiar.

When something that’s unfamiliar becomes more interesting to you than what you currently have, it may be time for a change. When you’re living in a constant state of boredom and deja vu, that means you’re just putting in time and floating on cruise control.

For some, they just don’t mind doing what their doing, regardless of how mundane it may be, metaphorically speaking. A job doesn’t necessarily need to be fun or exciting, they just want a paycheck to put food on the table. Some may actually prefer the so-called “mindless” work since it’s less stressful.

• Is The Work Environment A Little Too Comfortable
There’s absolutely nothing wrong with being completely comfortable in a job, but if you also have co-workers that’s been doing the same exact work for decades, that may be a sign that there’s no future for advancement in that job.

There’s no room for you to move up or get promoted in the company, ever. In fact, you may be working in a “static” company in a declining industry, one where the employees will get assigned a job role, and then do that for the rest of their working lives. If that isn’t appealing to you, then it may be time to look around for a job that you have a chance to advance in or are given new challenges.

• Where Are You In The Pecking Order
Is there a lot of other workers who has seniority over you, and are maneuvering themselves for advancement while doing the same job. If that’s the case, you may then have little chance of advancing, as you may be as good as being forever blocked.

If you’re not able to outperform your competition and move ahead in the employee pecking order, there may be a solution; see if you can make a “lateral” move towards a more challenging or better paying position within the same company.

• Do You Have Interest In Your Bosses Job
This is a bit more trickier to maneuver. The right answer should actually be “Yes.” This is because if you have absolutely no interest in becoming a boss or manager yourself, you’re most likely at a dead end job within the company.

Having said that, you may be completely satisfied with the position that you currently hold, and therefore aren’t interested in advancement. However, you may be just disinterested in the company itself. If this is the case, then it may be time to look for a new job.

• Is Your Company Or Industry Beginning To Decline
Even if you do have opportunities for advancement within the company, there may be something else you need to consider, and that’s whether the company you work for is advancing or is it falling behind its competition, industry or economy.

That may not be great news for you. So what you can do is begin looking at your company’s performance when it comes to its finances or significant management changes. It’s important to keep updated on your company’s performance when compared with others in the same industry. Keep in mind that the industry sector you work in may be declining as well.

These simple queries should give you a better indication where you and the company that you work for stand. If you feel you’re nearing the end of the rope, job wise, it may then be time for a change.