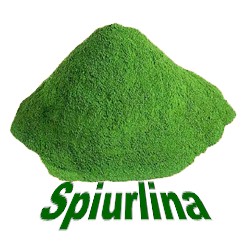 Spirulina is that bluish green colored algae that’s found in certain lakes, which is also believed to be one of the first original forms of plant life on earth. Some believe it to be billions of years old.

Since its rediscovery as a valuable food source, Spirulina as a result has been exhaustively and extensively tested, poked and probed, by a variety of researchers from around the world.

The test results have proven it to be one of the most powerful as well as well balanced sources of natural nutrition that’s available.

When it comes to testing, significant research bodies such as NASA, has found it to be an extremely excellent and compact food source for their astronauts, where it’s found that 1 kg of Spirulina is equivalent in nutritional value to 1000 kgs of assorted vegetables.

There are significant international health organizations which have branded the mighty Spirulina as potentially one of the best Superfoods in the world.

As an ideal food supplement, what Spirulina provides the body is all of the essential nutrients which we require on a daily basis, and as a result, it leaves us more energized, refreshed, and active throughout the day.

The Benefits Of Spirulina The Wonder Food
• It’s found to have 100X times more Vitamin A than does carrots – Spirulina is found to be one of the world’s richest natural sources of beta carotene, which is most commonly found in carrots, and known to improve eye sight.

• It’s known to have 6X times more protein than eggs – Spirulina is also known to be extremely high in natural protein, as high as 70% percent. This protein is considered “complete” since it offers 18 of the 22 known amino acids which the body needs. Perhaps the biggest benefit is that this source is it’s also completely organic and highly digestible, (97% percent). What this ensures is the proper utilization and assimilation of all the foods that we eat.

• It contains 50X times more Iron than Spinach – A deficiency in Iron, also known as anemia, happens to be one of the most common health issues. Since Spirulina is extremely high in natural Iron and folic acid content, what it does is it helps improve the hemoglobin levels in the bloodstream. Since Spirulina is also completely organic, it allows our body to absorb up to 60X times more than any synthetic based Iron supplement can.

• It contains 7X times more calcium than milk – Spirulina also happens to be one of the planets richest known sources when it comes to natural calcium, this for the purpose of building stronger bones.

• Spirulina contains 10X times more potassium than does vegetables – Since it has such a high concentration of Potassium, up to 10 times more than the average vegetable, what that does is it helps in preventing hypertension along with other health issues.

Spirulina An Excellent Source Of Antioxidants And Lowering Cholesterol
All of the molecules which becomes unstable are known as free radicals, which are constantly generated by the human body, which is also a normal metabolic process.

If unattended, however, what these free radicals can do is potentially cause certain ailments such as: arthritis, cataracts, diabetes, heart disease, and stroke, while also promoting premature aging.

Fat deposits which accumulates in the blood vessels are known as “bad” cholesterol, which is also the primary reason behind the majority of heart disease. What Spirulina contains is Gamma Linolenic Acid or (GLA), which helps in dissolving these accumulating fat deposits, which prevents these heart issues as a result.

Other Benefits Of Spirulina
• Spirulina is one of the few known vegetarian sources of Vitamin B12, which fights off stress symptoms while calming nerves
• Biliproteins and Carotenoids that’s found in Spirulina, are known to strengthen the body’s immune system against infection
• Research has shown that when taking Spirulina with certain pain killing drugs, including antibiotics, the known toxic side effects to the kidneys are reduced, while assisting in quicker recovery times as well

Food Safety Research For Spiurlina
There are no known adverse effects when it comes to the use of Spiurlina which has been found or reported. This particular algae which is consumed as a food source appears to be completely safe for long term usage, this including during pregnancy and lactation.

Based on extensive studies carried out in Japan, there has been absolutely no negative effects which were found for acute or chronic toxicity, or any reproduction issues. Other studies have shown no reports of allergies or sensitivities on the test subjects.

Other toxicology tests showed that Spirulina had no signs of natal toxicity, which included any female or male fertility issues, along with no issues when it came to the increase of abnormal offspring.

Spirulina as a result is found to be a completely safe source of protein, vitamins, nutrients, and minerals which has been used and taken in different forms for centuries.

Although there are no known side effects when it comes to Spirulina, know that your body may react differently, this based on your own particular state of health, so it’s advised you consult with your doctor first.