The Difference Between Having Confidence And Being Arrogant
Skip to content 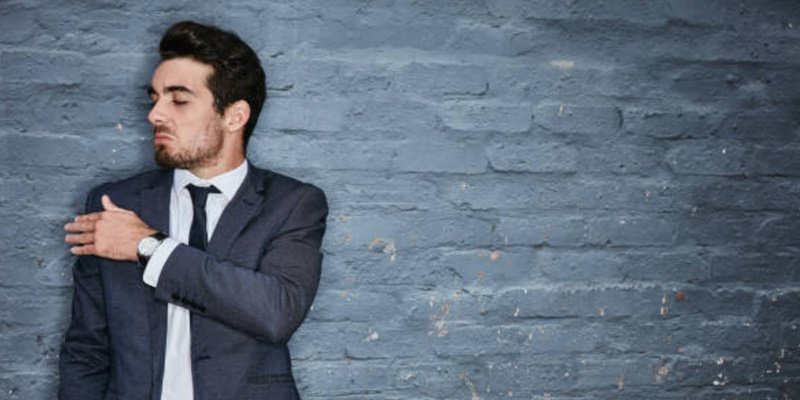 Being arrogant is likened to a double edged sword, where one side is dull and the other is a sharp stainless destructive razor like weapon. What the sharp critical unforgiving laser edge does is slices and dices without regret. It injures relationships, to the point it can’t be repaired.

That’s the difference between unhealthy and healthy pride. The good and the bad, when it comes to displaying the seminal aspects of human personality.

Why is it you think you’re better than you are. The world sees all your faults which you ignore. It’s the reek of your ego.

Healthy confidence always shines through, displaying a true authentic individual who’s humble. Those who have low confidence, are arrogant and full of themselves.

Being Proud Shows A “Can-Do” Attitude

Those with confidence are proud of their achievements. They believe there’s nothing better than they having personal success.

The pride of achievement, or handling them effectively, makes them want to continue to have further individual accomplishments.

Those who shows false pride, are usually equally incentivized to succeed, but the dynamics which governs their motivations are different.

They’re motivated to succeed because they’re unable to internalize individual triumphs. They hold on to their fragile ego by constantly “proving” themselves, especially to others.

They may be successful, but the success is driven by their constant self-doubt and low self-esteem.

The same feelings of insecurity or shame, the one’s which plagued them when growing up, and continues to disturb them as adults.

To make up for this, they overcompensate, and come across as being cocky. Once challenged, they can become arrogant and at times narcissistic.

Being Confident Is Positive Self-worth

When it comes to achievement, healthy proud individuals aren’t satisfied with mediocre results, while they constantly strive to do the best they can. They see self-worth as being earned.

Those with unhealthy pride, will constantly depict an overly favourable exaggerated evaluation of themselves.

This is based on giving themselves too much credit for accomplishments which are just mediocre.

People with false pride constantly overvalues their abilities or achievements, while taking all the credit for things they may of or didn’t accomplish, to pad their ego.

Those with healthy pride will genuinely feel good about themselves, and the reason why they have high authentic self-esteem.

Contrast that with unhealthy pride, where there’s a bogus inflated personality, one that’s easily punctured once criticized, which can turn into anger or rage.

Having false pride makes it impossible for them to ever admit that they’re wrong, or say they’re sorry, or will become vulnerable once attacked by others who penetrates their thin skin.

Having confidence conveys a quiet self-assured assertiveness, one which shows what they’re capable of.

An unhealthy pride is more aggressive and explicit, one which displays a lack of competency, while showing tones of personal ego.

Low confidence takes on the form of looking down or embarrassing others, constantly putting them down.

Positive pride is never about supremacy or superiority, but rather demonstrating their authentic abilities.

Those with healthy confidence has more satisfying fulfilling relationships which are based on love.

They prefer to work and cooperate with others, and not against them.

They’re modest, affable, and agreeable, and not dictatorial, dogmatic, defensive, distant, or arrogant.

What a person with a big ego and false pride does, is constantly brags about themselves, and their exaggerated accomplishments.

What you constantly hear is, “Look at what I did!” implying no one else can accomplish the same feat.

To them, it has nothing to do with doing their best, but doing things better than others.

Someone who displays confidence might instead say, “I feel really good for tackling this.”

They say, it worked out better than I thought,” or “I could never done this by myself, so I want to thank those who helped me, offered encouragement, or gave me advice.”

What those who constantly brags, boasts, exemplifies dishonesty, shows arrogance, and are conceited about themselves, are displaying false pride.

This grandiosity is what’s clinically referred to as having a narcissistic personality disorder.

Narcissists often feel compelled to attempt things that’s beyond their capability. They seek the adulation which comes from doing things others might not dare to attempt.

This is the reason why narcissists exaggerate about what they do, as they’ll attempt impossible endeavours they’re not capable of, then they lie about it.

Those who are genuinely and realistically proud of themselves, are more pragmatic and restrained. Their judgment is rarely impaired, as what they know and accept are their limitations.

What those who are confident won’t do is covet or hoard their success, as what they’re wanting is to share them instead.

As a result, people will gravitate towards them, because they don’t feel threatened or intimidated, and know what they’re getting is the genuine straight goods.

Those with big egos tend to “lord” it over others. What they don’t want is to share their success, as they’d rather do everything they can to make sure no one beats them.

They may appear nice, but they’re hostile and bitter. They’re paranoid their insecurity may show, while thinking others are attempting to steal what they believe is exclusively theirs.

What they attract are other like minded individuals. They do not trust or like one other, they are constantly competing, but they’re the only friends they’ve got.

9 Healthy Snacks To Avoid When Wanting To Lose Weight