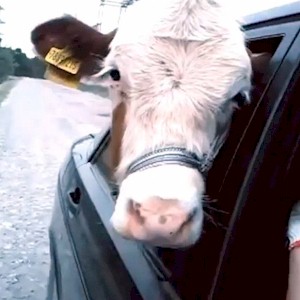 The only way to gain better control over your life, to raise your current standard of living, moving beyond just barely scratching to get by, is by offering something of value to the world. Something that others are willing to pay for. To offer a product that’s worth something.

This is the simple formula which applies to all countries, corporations, and individuals. What a self-sufficient thriving economy has are its own products or services, whether it be natural resources of value to export to the world. Similarly, individuals who are self-sufficient, offers something of value to trade in the marketplace, for the exchange of money.

That “thing” of value could be a natural talent, skill, or interest. Something that you’re most passionate about. In your quest to improve your current economic situation, it becomes important to understand certain foundations of economics, money, and value.

The only reason why we’re so intently focused on money, willing to steal and kill for, is because we’re able to exchange it for whatever we want. This because the world has agreed that it’s money, which is to be used as the basis for the exchange of goods.

So what I did was essentially traded my cow for a car, using money as a means of exchange. It’s not money itself which is driving the economic engine, but it’s the exchange of it.

Ways Of Exchanging Money
What you can do is accept money, while giving nothing of value back in return. This is known as a rip-off, where the exchange of money goes one way, where just one party gains something, which is the money.

You can shortchange someone, this by accepting money while giving back something that’s partial, something that’s not exactly as promised, or is damaged or defective in some way. A version of something which is inferior and wasn’t delivered as indicated.

You can accept money, and then give something exactly as promised, and what the other party was expecting. This is a fair exchange, and the usual outcome of most transactions. Exact value was given for the money that was spent.

You can also accept money, and then give more than was expected, which is rare but highly appreciated. The best possible exchange that you can do. This will increase your reputation, as most won’t provide more value or service than expected.

The Need Of Product For Exchange
To engage in any type of exchange, what you need is a product which has value, one that someone is willing to pay for. It can also be some type of valuable service which can be exchanged, or some type of activity in fair return for support.

So what needs to be realized by everyone involved, this by nations, corporations, and individuals, is knowing what the product or service that you’re providing is.

Once anyone offers a solution to a situation, to fix a problem, what always needed to be known is what the product or service is.

Once someone has a brilliant idea for a business, or needs financial assistance such as a loan, the first question that’s always asked is what’s the product, what service are you providing. If there’s no product which has value, then the money won’t be there.

A Flawed Plan
Any offer which relies too heavily on another person’s goodwill, whim, or contribution, is a flawed plan. What it might provide is a temporary short-term stop gap solution, but there’s no foundation for it’s sustainability.

The worst is selling someone hope. To hype or scam someone that their product or service can potentially make them rich, this because of their exclusive “inside” knowledge. This is far from exchanging something of fair value, but a rip off. It’s giving nothing of value back in return.

Some call it entertainment, where money is thrown to chance, like buying a lottery ticket. Those who do, hasn’t improved their lot in life, this because they didn’t get back anything of fair value for their hard earned money. They’re just buying a dream.

A Fool And His Money
When coercing or motivating someone to spend their money on “hope,” a gamble, such as a slot machine, has become the biggest and most lucrative industry in the world. One that is a zero sum game. The house always wins.

It doesn’t provide any economic value other than some collateral spending in stores, new jobs in the hospitality sector, while making the owners filthy rich.

When it comes to these situations, there’s a reason why “What happens in Vegas stays in Vegas.”

Someone could become instantly broke and be thrown out on the street, this by gambling their entire life savings on a spin of the roulette wheel.

This at the casino, where the owners instantly profit from the money that was lost. Feeding off someone’s desperation, where they’re willing to profit this way, is the very evil that money is.