Those Who Doubt Themselves Will Always Stunt Their Growth 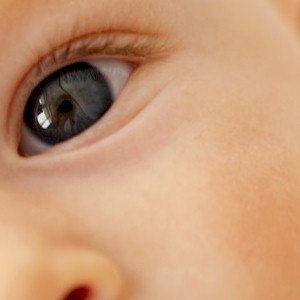 It’s been theorized that when we’re born, we as healthy infants, our unfiltered brains will function at the level of a genius, this for at least the first year of our existence.

Infants at this age are thought to have immense emotional and mental acuity, as they learn that when they cry, mommy will give them whatever they want.

They also quickly learn that whenever daddy makes those funny noises or faces, that they’ll instinctively laugh, making them feel good.

These babies are able to interpret utterances into expressions which forms into language, and regardless if they fail, like they falling a 1000 times before they learn how to walk, the thought of “I can’t do this,” or “I’m a failure,” never enters their minds. Through sheer determination they learn to do whatever they want.

Then once we as children grow older, the ability to be able to process and then absorb these sensory inputs begin to slow down, and by the time we reach adulthood, there are just a few individuals who can be classified as a genius.

So what needs to be asked is, if there’s such a noticeable decline in cognitive function, the blunting of the human brain, what’s the cause of this.

We Are What We Doubt
There is an actual measurable and steady decline which occurs in our brain function by a behavior that’s learned, which is known self-doubt. These doubts are often planted by our parents, teachers, our friends, even though they all generally have good intentions.

They’ve fed us the word no, “No, you can’t be a policeman, it’s just too dangerous,” abunai, or “You can’t become a doctor because you’re just not smart enough,” where the real truth is most likely that medical school costs too much.

So this is why we as children when discovering the world, our sense of wonder evaporates into dust, while the genius that’s within us, our true intentions or calling in life dies as well.

Then The Self Doubt Sets In
The planting of this self-doubt can almost be considered criminal, as it’s the major obstacle to living the happiest life that you deserve. This poison to the soul diminishes your spirit, prevents achievement, and crushes your true ambitions.

What then remains are those inner voices which tells us that we’re not good enough, incapable of doing certain things, not strong, quick, or smart enough, and then we stop dreaming.

These feelings of self incompetence and weakness stems from childhood when we don’t know any better, and then they become ingrained as a negative motivator in our very existence.

Over time, self doubt then festers into stress and anxiety, which can then lead into physical and mental ailments and issues, such as weight gain, chronic fatigue, high blood pressure, heart disease, and depression.

So it becomes important to be aware of the destructive nature which self doubt plants, and then incorporate proven methods to counteract this negativity for a much better fulfilling life that’s productive.

Ways Of Effectively Eliminating Self Doubt
• Know The Core Source – If you’re constantly telling yourself that you’re not good enough, then you may want to dig out the root source of the problem.

Where and how did these feelings originate from. Was there a specific event which caused you to adopt these feelings, so some insight and self contemplation is needed.

Once you identify and then understand the reason, you can then begin to work towards eliminating the negative thought patterns.

• Living Your Life In The Present – For the majority of the time, these feelings of self doubt are because of buried memories or events from the past when you failed to do or achieve something, or when someone told you that you couldn’t, or shouldn’t.

It’s best not to dwell on those moments by grounding yourself and then thinking of the present moment. Just because you couldn’t accomplish something, doesn’t mean that you can’t right now or in the future. Every day is a new beginning and a fresh start on what you want.

• Counteracting Everything That’s Negative – It becomes a delicate balance as all the negative voices in your head can at times outweigh the positive ones. So be aware once this happens, and then make a concerted effort to counteract these negative thoughts by injecting positive energy.

Once you feel a negative thought coming on, then quickly remind yourself about all the things that you like, such as your strengths, what you’ve achieved, and what you’re proud of.

• Always Have Faith By Trusting Yourself – At times, we can become our own worst self sabotaging enemies. You’ll tell yourself that you can’t do something, then you most likely won’t even bother trying it.

Have faith in yourself, tell yourself that you’re capable just like anyone else, that when it comes to achieving your dreams that you can do it and deserve it. Stop reacting to those negative triggers.

• Spending Quality Time With Others – Close friends and family can be an invaluable source of strength, offering you encouragement and reassurance. There are studies which support that those who have strong social support, have fewer cardiovascular based issues.

Close confidants who support you are known to lower the levels of cortisol, which is the stress hormone. Even those you don’t know, complete strangers, can at times be helpful when it comes eliminating self-doubt.

The Genius That’s Within You
You would think that the genius is still hidden somewhere within us and is sitting dormant, waiting. So wouldn’t it be great to just rediscover it.

It begins with the simple act of believing in yourself, following that gut feeling and then trusting the process.

Practice staying as “in the moment” as possible, while not regretting the past, or worrying about the future. If you’re able to do this, then perhaps your genius will reappear.

How The Leaders Among Us Do Things Differently From The Crowd