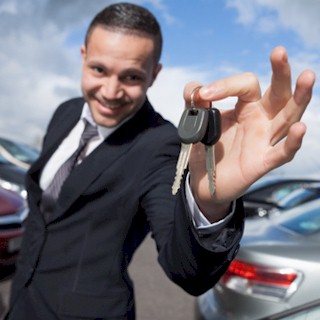 One of the greatest highlights of anyone’s life is buying a house, getting married and having children, and buying a brand new spanking automobile. It’s an exhilarating feeling. Realize however, that driving that brand new car off the lot, does is massively depreciates the worth of that car, instantly.

The moment that you take ownership, and drive that brand new car on to the street, what it can do is depreciate as much as 11% percent off its retail price. So that means if you just bought a $30,000 vehicle, it’ll instantly lose up to $3,300 in value, this just by driving it home. In just a few hundred feet of driving, you lost thousands.

That’s why most car buyers, will shop around for a used car. You can then save that initial steep drop in price.

More importantly, you’ll get a car that runs just as well, is just as dependable, and will look and feel as good as that new car, this provided you play your cards right.

Buyer Beware
The biggest pitfall of buying a used car, is the risk of buying a junker, a “lemon,” call it what you want. Used car dealers after all, have one of the worst reputations in business.

This also holds true for private sellers, who sells their cars through newspapers, auctions, and classified websites, or with the old fashioned “For Sale” sign in their car window. The saying “Buyer Beware,” hasn’t had more meaning.

There are also some great deals out there when buying a used car. Quality vehicles which performs beyond your expectations, at a low price.

The key becomes finding these good used vehicles, by knowing the various ways how a used car dealer tries to pull a quick one on you.

Always Get A Second Opinion
Used car salesmen will frame you, with every objective that you can possibly give them, this to sell you a car to make a quick commission. Don’t believe a word they say.

Instead, do your due diligence on the Internet, find someone who’s a neighbor, colleague, or a family member, who owns a similar make and model, and ask them for their opinion.

Always Do A Background Check
One of the most unethical, yet at times a legal thing a seller does, is sells you a used car that’s been in a major accident, or one that’s had several previous owners.

To make sure that you don’t fall victim to this, get a history report, which should include a clearance check on the vehicles title.

You can often get this information from the seller, simply by asking why they’re selling the car. You’d be surprised what people will reveal.

Look For Hidden Damage
Used car dealers are notorious for attempting to peddle a car that has a sordid history, this by covering it up by putting lipstick on it.

It’s amazing what autobody shops can do, to repair a car to make it look new. So never be sold by the exterior appearance of a vehicle.

Before you buy it, make sure that it doesn’t have serious damage to its frame, as that’s proof it was involved in a major crash.

Consult With A Reliable Mechanic
Used car dealers, especially the bigger lots, will say that they put all their used cars through a “101 point inspection,” or something similar.

Once again, get a second opinion, preferably from your own mechanic. They’ll be able to tell what shape a car is actually in. Also ask how often the car has been serviced. A good mechanic should be able to gauge that.

Avoid used cars that look too slick. What car dealers will do is polish up a used car, or at times repaint it, this to hide all the dents, dings, and rust spots. So inspect those cars which appears too good.

Know If There Are Any Recalls
What any used car dealership wants to rid of, is any car that has an active recall. So what they’ll do is desperately give you a “discount” that’s too good to be true, for a great looking car.

They’re frantic to get the car off their lot. So make sure that you call the car manufacturer or visit their website, to see if the vehicle has any recalls on it.

Avoid The Dreaded Lemon
Beware of used car dealers who’ll try to sell you a lemon. The definition of a “lemon” when it comes to cars, is one that has major manufacture defects, even if it’s still under warranty.

Although it’s under warranty, the manufacturer isn’t able to fixed it at a reasonable cost. To avoid this, do research on the various car websites and publications online.

They’ll do yearly reviews of every make and model on the market. They’ll tell you whether a certain car is known to be a lemon, and prone to breaking down frequently.

Take A Long Test Drive
Once your research is done, know what to look for when taking a test drive. Drive the car several times under various conditions, such as in the rain, in heavy traffic, and on the freeway.

If at all possible, take your mechanic with you. You’ll then get a feel for how the vehicle handles, accelerates, brakes, and suits your needs.

Overly Aggressive Salesman
From the moment that you meet the salesman, to taking a test drive, observe and realize if they’re being too eager or pushy. Any car salesman who appears desperate to sell you a car, should set off “red flags.”

Why the rush, what are they hiding? In some cases, it might just be their nature, but most of the time, they’re attempting to cover something. It’s better to be safe, than sorry.