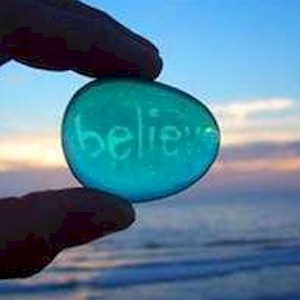 The whole idea of getting what you want is becoming a co-creator with the universe, this by manifesting what you want. Once you begin to use this properly, you’ll begin to attract whatever it is you want in life much quicker than you can ever imagined.

It all begins with gratitude, which can dramatically alter your life, and will bring you more of what you’re currently wanting. If you ever feel frustrated or down on yourself, the universe has no other choice but to bring you the same, which is more doom and despair.

What you attract back is the exact same of what you’re currently thinking of, which in this case is unhappiness. So the primary rule when it comes to manifesting the best results, is always being grateful of all of the things in your current life that you’re happy about.

Constantly Talk About It
It may initially appear hypocritical or egotistical to talk openly about what you want, your needs, as if you already have them. In reality, all things, everything that you want is already created on this planet somewhere.

The instance that a thought is conceived, what you’ve done is brought it into your reality, making that object one step closer to you. The more that you think about that thought, the stronger, the faster it moves towards your state of being.

Think of a child who wants something. How eager they become, they’ll constantly talk about what they’ll do once they get it. What they don’t know or worry about is how or when they’ll get it, all they know is that they will.

So speak of words with conviction, this regarding what you want to come into your life, this because what your words and thoughts does, is it feeds that creation, bringing it closer to you.

Surround Yourself With What You Want
You’re asking, “How is it possible to surround myself with the things I want, if I don’t even have it?” It’s not yours at the moment, but what you can do is envision, visit, or thrust yourself towards what you want.

This application involves you being in the energy of whatever it is you’re seeking. It’s up to you to open the passage and create that state, this to attract it towards you, this until it becomes yours.

What doing so does is it will bring you closer to what you’re wanting, this either by talking about or obsessing it. What you’re doing is attracting exactly what you’re surrounding yourself with.

Let Go Of It
If you want something, release it to the universe, don’t hold on to it because of the fear of doubt. The more that you cling on to it, the more delayed that the manifesting process becomes.

What you appear is being needy. So to comply to how the universe works, what you need is to display the conviction of intention, while never showing stress or being desperate.

Know that the attraction process is working for you, and what you’ve created will manifest, and will soon become a reality. Then shift yourself into a state of receiving what you want.

The paradox when it comes to letting go, is that it plays a large part in manifesting, this because of the delicate balance of focusing on what you need without appearing frenzied.

Open Yourself To Receive
To activate the attraction process, you need to adopt a state of receiving. This is something most aren’t willing to do. Many will say that they want specific things, but very few know how to properly receive what they ask for.

Most become doubtful, feel unworthy that they don’t deserve it. Deep within, they feel they won’t get what they ask for. These small doubts of unworthiness, are huge blockages when it comes to the manifesting process, which only deters it.

The attraction process is an exact science which reflects our human nature, allowing you to see where you’re disconnected as a co-creator of the universe. So feel more worthy while opening yourself up to receive.

Becoming Worthy
You can become worthy by recognizing that you’re able to manifest anything that you want. Realize that what you want is completely insignificant, as it’s just a small speck of matter, this when compared to the vast universe.

You deserve what you want because you have strong influence. When you use the attraction process to manifest a better life, what you’re doing is flowing yourself by adding value to the world.

The quicker that you feel worthy of knowing what you’re wanting to manifest, the quicker that it will come to you. One of the biggest roadblocks is thinking that you don’t deserve what you want.

You become what you feel, the universe mirrors exactly what you think you deserve or want. So believe that you’re worthy.

Give More Than You Want
What you may not currently have is enough money, but what you do have is something of value that may be in scarce supply, something that someone else wants and will pay for.

Give to others, and you’ll be surprised how quickly the attraction process manifests abundance in your life. There’s a certain flow in the universe and to manifest more, you need to get into that flow. The more that you give, the more you receive back.

Give what you can, while never ever depleting yourself. Give away what makes you feel happy. Give with love regularly, but be aware of conserving yourself, and the attraction process will bless you in spades.

As you give to others, this by helping them as much as you can, what you’ll then get back and manifest will be much greater than what you’ve asked for, and could have ever imagined.