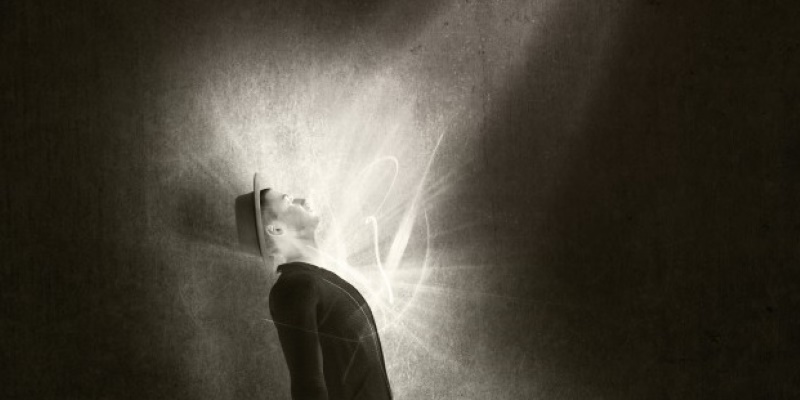 Some believe the soul leaves the body of those who are departing this earth, and will reenter another body after a brief period of time. The intent may be to further develop this soul, complete unfinished business, alleviate karma, or to help others evolve. The proof of this is substantial and documented.

So have you walked these roads before. This without the influence of mystics or meditation, do you get a sense you’re visiting this familiar plane of earth again, intuitively.

You believe so by having some characteristics you’ve inherited as a personality, all which implies continuance.

We’ve all heard certain people have an old soul. You can sense it in their gaze, the aura they project, the wisdom they speak.

What they possess are certain idiosyncrasies which are universal traits of re-visitation, signs you may have been here before.

You Understand And Read People Well

You’ve always had a good read on people and how they will react, from a young age.

Once meeting someone for the first time, you’re immediately able to translate their character and the lifestyle they lead.

You have this uncanny sense because you’ve seen this human prototype before.

Everyone is distinctly familiar and their habits are routine.

You Have A Keen Sense Of Observation

At social gatherings, when checking things out, you intently watch others interact, feel the exchange of energy during conversations.

You feel more comfortable as an observer than as a participant.

This ability to read people provides you with a superior military grade “BS” detector. If someone is lying to you, you know it.

It’s in their eyes, the shift of energy, the change in their pronunciation of words.

Since you traveled this path before, you’re not socially naïve, yet you don’t entirely enjoy social interaction either.

You’re difficult to manipulate, as you know the intentions and the desperation of others.

You Know That Your Trek Is Solo

Not because you’re a hermit or a loner, but because you’re content being by yourself. You’d rather gaze at the stars at night somewhere safe, rather than party hard with others.

You find value in your own spirituality, and not from the endorsement of others, as you know how to play the “game,” and all what life is, it’s just a game.

You know all the rules of engagement as you’ve played them before. This journey, this time, it’s to just craft a comfortable life for yourself.

You still like to socialize, but it also bores you since it doesn’t serve you that well.

You know what to expect from the people you encounter, so the only peace of mind is within yourself, generated by yourself.

What you don’t do well with, is fit in with the norms of modern society and civilization.

When at school, at work, with family or at social gatherings, you’ve always felt out of place your entire life.

What you’re still getting used to is being at this place at this time.

Conforming, behaving properly is foreign to you. Attempting to maintain meaningless dramatic conversations are excruciating. You don’t understand the conflict of human emotions.

This is similar to a lion in sheep’s clothing. You behave, pretend, and think like a sheep, but realize you’re much more than that. It feels unnatural pretending to be timid, until you pounce.

You’d rather discuss about the lucid dreams you’ve had, the theory of time travel, the violation of current human rights, the distortion of minds, or spirituality.

But all everyone ever wants to talk about is the weather, sports, their personal angst, gossip, or work.

Others usually initiate the conversation with you, or just ignore you altogether, because they’re puzzled or intrigued by you.

They find you break the laws of social convention. Your interests and viewpoints are what makes you stand out.

You don’t really know or care how you fit in. You’ve tried but it felt too awkward.

What you don’t understand is why some could be so happy being clones or clowns. It’s uncomfortable for you to be that conventional.

You’ve been accused by others of being “weird,” doing or saying things which aren’t normal in public.

You have quirks the average individual doesn’t have, because that’s normal for you.

To Nurse Your Evolved Soul

Some will seek advice from you, from every spectrum of life. They value your input since you have excellent insight and wisdom.

Without getting egotistical about it, you appear to universally understand most of life’s challenges, this more than others.

You realize you’re here to help them, as you’ve lived a few lives and have become wise because of that.

You understand the importance of honesty, patience, gratitude, empathy, and introspection.

What can take someone a decade to learn you may already know, or will just need days to learn it, because you’ve seen the blueprint before.

Almost everything in life is familiar to you, as you recognize all the signs.

What you look forward to is having heart to heart talks with someone who’s struggling, which is natural to you.

The reason for this is because you know you could help them somehow, with what they’re going through.

You Know What To Expect

On those occasions when you struggle yourself, encounter adversity, you attack them head-on.

You’re a quick study when it comes to these lessons, as you excel at listening and comprehending what life is attempting to teach you.

What you ultimately find, is it’s all about acquiring more wisdom and experience during this lifetime.

Data you can extract when going forward and beyond, and you know you’ll move on again, it’s just a formality.

For these reasons, you’re not that concerned or care about your stand, or how obscure, enigmatic, or perplexing you come across.

All you want is to grow spiritually, breeze through life with minimal struggle or pain.

What you want is to evolve further into a better person, while helping others to do the same.

There are numerous characteristics of those who has a deep refined soul, and once you meet one, you recognize them immediately, as there’s an instant bond of kinship.

Theory On Ways How To Increase Better Luck In Your Life