What Employers Do That Completely Kills Employee Motivation
Skip to content 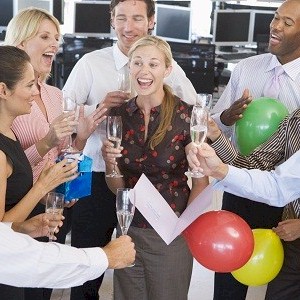 Everyone knows the definition of “JOB,” and it’s not great. The majority go to work like a jail sentence because they have to. They barely survive to eat, pay the bills, and it’s rare that there’s any money left over at the end of the week. What’s also known is that the majority aren’t engaged or care about their jobs.

This disengagement is one of the biggest expenses which costs companies profits. One study found that up to 70% percent of workers from a variety of jobs, were completely bored, this to the point they hated their jobs. What this fracture does is costs organizations millions of dollars, this in lost productivity.

There are a variety of reasons why employees don’t care, and it’s in the best interest of the companies to mend these gaps, as hiring and firing employees remains their biggest expense. The key becomes engaging the workers to immense and be interested in their jobs more.

The top companies will routinely give performance reviews such as every quarter, where the employees are given feedback on how well they’re doing, and what they can improve on.

What the majority will do is just give performance reviews once a year or none at all. The only time employees get any type of feedback, is once they make a blunder, then bad morale trickles down.

No Career Progression
One of the top reasons good employees will switch jobs is for career progression. So if there’s no structure, no path for the workers to climb the ladder within the organization, they’ll view their job and company as a dead-end.

This is the biggest cause of malaise, where employees stop caring about the job they have, this regardless of the pay, and will begin thinking more about the next job that they want.

No Opportunities No Training
Another reason employees quickly lose interest is there’s no opportunity to learn or improve their skills. What most want is to improve, to advance their career, so it becomes vital for companies to help.

This is also a win-win situation, as once employers provide opportunities to learn, they’re upgrading the skill level of their workforce.

They could then promote from within, this instead of going through the costly expense of hiring. This can only happen once the company prioritizes learning and development.

Policies Are Too Stringent
Everyone wants to contribute, and there’s nothing that’s more frustrating for an employee than they having an idea or a better way of doing something, rejected.

Or there’s insane amounts of office politics, approvals, and policies to get things implemented. Not only does this structure kill innovation, it also discourages employee motivation.

Employee Suggestions
What employees also appreciates is periodically being asked what they like, what they don’t like, what needs to be improved or changed. This encourages creativity.

This becomes critical to improve since what’s asked is feedback from the employees who are actually doing the day-to-day work. Doing so will streamline processes which results in cost savings, while developing a culture where the employee morale improves.

Management Too Rigid
The main reason employees quit is because of a lack career development, and a close second is there’s no flexibility, as the managers are too unfair and unjust, constantly playing the office politics game.

The leaders of the company all look and act the same, and are disliked because of their ego while exercising their management power. This soon becomes discouraging for the employee, as they’ll stop caring about their job and start looking for a new one.

Employees Are Judged On How Many Hours They Work
This especially for salaried positions, managers will judge employees strictly on the amount of hours they work. What this does is incentives the employee to stay at the office longer, doing nothing, without necessarily working harder, which erodes production.

What needs to be made a priority instead, is judging and rewarding employees on what they produce, their attitude, and how well they fit into the culture of the company, and not how many hours they spend in the office.

Managers Aren’t Transparent
All of the major decisions are made behind closed doors, while there’s no possible way for the employee to reach out to management to voice their opinion.

What this does is removes any sense of ownership for the worker, which instantly effects their work ethic, morale, and their sense of caring. “If they don’t care what I think, then why should I care?”

Managers Overworked
There’s a sense that all managers are expected to work endlessly, at all hours of the night and the occasional weekend. This can also be the result of the manager either not delegating to their employees properly, or needing to redo their work, both which are signs of mistrust.

The usual case however is that the manager is just completely overworked, and as a result, the employees are likely overworked, which stifles morale, which causes the workers to become disengaged.

No Employee Morale
There’s no team bonding activities, as they can go a long way to making everyone feel a lot more engaged at work and with each other.

What can result is everyone forming stronger bonds with their colleagues, while feeling more appreciated, which makes them feel motivated to care more.

It’s just the small gestures, such as bringing bagels or donuts for breakfast, or recognizing birthdays with a cake and card, can go a long way into making employees feel far better about the company they work for.