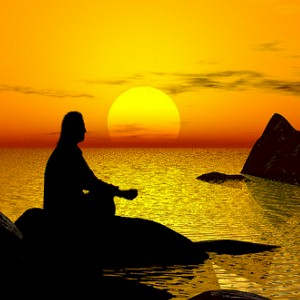 We were taught in school that civilization once believed centuries ago that the earth was flat, that there was a cliff and an infinite plunge once you reached the edge of the world. And that the planet earth was dead smack center of the entire universe, how arrogant.

Most of the intellectuals back then got a lot of things wrong. What modern science has been able prove is whether some of these ancient beliefs and myths were actually factual or not. They were valid beliefs of at that time, theories which became lore.

The majority of them have been debunked. What all those theories had in common was a search for transparency, to find a better way to live or survive. Philosophers have always argued about the benefits when it comes to hedonic happiness.

What hedonic or well-being projects is that happiness is a byproduct of decreasing pain, while increasing pleasure. Another theory is eudaimonic happiness, or human flourishing, which is connected with having a bigger purpose and meaning in life.

What’s been realize is that while both of these types of “happiness” can make you feel better, but it’s ultimately eudaimonic happiness that could promote longevity and better physical health.

What was tested was how these forms of happiness affected the subjects on a genetic level. The participants with less eudaimonic and more hedonic were actually found to have lower production of viral antibodies. Those with more eudaimonic had an increase in antibody production.

Some Past Myths Which Are Found To Be True

Meditation Reduces Stress
Meditation which has ancient Far Eastern origins, is the practice of the mind being able to reach a heightened level of awareness, which improves health along with one’s well-being.

Modern science has now verified the health benefits of meditation. The latest studies has revealed how this mind-body practice is able to affect the genes, which are able to control better immune function and stress levels.

Neuro-imaging technology has been used to measure the physiological changes in highly stressed individuals, as they began participating in meditation and yoga classes.

What they got was more energy along with resiliency and utilization, which helped in reducing the stress which was linked directly to conditions such as infertility and hypertension.

Restoring Balance With Acupuncture
What the ancient traditional Chinese medical technique of acupuncture does is it addresses imbalances in the individuals chi or qi, which is the energy that’s circulating in everything that’s living.

Regardless of if you believe if this energy flow or not, recent studies show that practicing acupuncture may indeed be an effective method of relieving arthritis, migraines, and other chronic pain.

When analyzing a group of test subjects, the researchers found that acupuncture was actually more effective than the Western methods which were used, this when treating various types of pain.

Tai-Chi Improves Health
This is a passive ancient Chinese martial art technique which is based on the belief of achieving balance in the mind and body, which creates a sense of peace and harmony, which extends towards a longer life.

Recent studies confirmed that this “moving meditation” technique can indeed help in preventing as well as treating certain health issue related to old age. It was found that practicing tai-chi can help those who may be suffering arthritis, heart disease, and poor bone density.

To Reduce Suffering Is To Accept
One must be able to accept all things which they can’t change, this to reduce suffering, this according to ancient Buddhist teachings. Modern scientists believe this also to be true, this especially for older adults who may be going through transitional times.

Researchers have found that once seniors faced the realities of assisted living while losing their independence, this belief helps them to live longer lives while feeling more at calm.

The study compared the degree of this life satisfaction and perceived control for the seniors who needed assistance, compared to those who stubbornly lived independently.

What was revealed was the ability for them to accept their inevitability when in an assisted living setting, which is considered a significant predictor when it comes to better life satisfaction.

What the research concluded was that in order to protect the well-being of these seniors, the adaptation process involves a sense of active acceptance and control of what can’t be changed. Dad accepts this while mom doesn’t.

Compassion Is The Key To Life
There’s a tradition for Tibetan Buddhist’s which is known as metta, which means “loving kindness.” A study showed that compassion meditation which was based on this ancient model can boost one’s ability to be able to empathize with others, this usually by reading facial expressions.

A study which was based on this meditation form found that, over time, what it did was increase the participants positive emotions which allowed them to be able to find deeper mindfulness, improved health, a better network of support, while finding their life purpose, which helped their overall satisfaction of life.

All You Need Is Love
There’s one constant that all ancient wisdom’s along with modern day science and reasoning can all agree upon, and that’s the value of love when maintaining a happier more meaningful life.

A group of researchers who wanted to uncover the true meaning of life and fulfillment, conducted a long term study where they all reached the same conclusion.

This to answer life’s universal questions such as development, growth, purpose, and value. What was found was that to find a meaningful and loving happier life, it revolved around loving relationships.

What was found was that there were dual pillars when it came to happiness. The first being love and being loved, and the other being finding a way of coping when the love is lost.