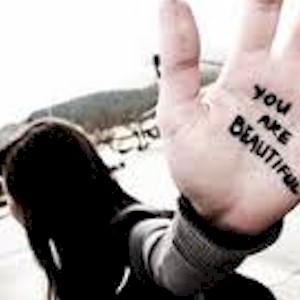 One known fact for certain is that beautiful women despise other pretty women, while denying the fact. There are plenty of women who are graced with beauty among us, and the last thing you would think is insecurity. The reason being that they fail to see what others see’s in them, which is uniqueness.

Women also believe, with justification, that men of all shapes, sizes, and ages are constantly lusting over them, while they look pretty to show up other women and not to impress the men. They dress up more to improve themselves, for themselves, than for anyone else.

Women are also often generalized, that if a woman acts in a certain way, then men will think that all women are like that. Whenever women begins to generalize men, what they’ll do is call them feminists or bigots, this from their past experiences.

Mirror Mirror On The Wall
So what’s up with the fact that some pretty women at times don’t think themselves as beautiful, this when they are. Is it because of a bad experience from their past, which is the age old excuse for everything that’s puzzling.

Does it ultimately come down to the saying that “beauty is in the eye of the beholder,” and nothing more, nothing less. If women looked in the mirror and don’t see beauty in themselves, that’s in their minds only and not in the minds of anyone else.

Women are constantly seeking support from their partners, while also at times mistrusting or misconstruing their comments. So when are women ever going to start seeing, believing themselves as beautiful beings.

Look At Those Pretty Shoes
Ladies, once you cross paths with another woman that you feel is above your social class, this for whatever reason, it could be the shoes, hair, dress, body, or just that smile, think of this.

She is also looking at you and seeing something envious in you, something that she lacks and would love to have. Some will look for weakness or flaws in other women just to make themselves feel better, making a negative comparison.

But it’s not a bad thing wanting to be a better person. One just needs to be careful not to push it to the extremes, one that blinds to the thoughts and intentions of others.

The Difference Between Cats And Dogs
Men will automatically brand a woman jealous once they reveal their true thoughts about another woman. This perhaps another myth, as it’s most likely that women don’t care that much, that it’s just an observation.

Women may become curious why men think that way, as all they’re just wanting to do is improve themselves. Some think that men should try and do that themselves sometime, then they’ll see where they’re coming from.

Men are also good when it comes to making women believe that they’re in control. Why is that? Is it to let them win an argument, that men are more vulnerable, to make them feel they’re not as smart, or less perfect than a woman.

Why The Comparisons
Men will rarely look at other men and become jealous of them, all while we thinking that there are no gender differences. Why can’t we just accept and appreciate each other for who we are, why do we need to be so damn equal or better in everything.

Females are considered soft, sensual, sensitive, emotional, passionate, intelligent creatures. That’s them, and they’re also tired of apologizing that they were born that way. They also work extremely hard trying to understand their human male counterparts.

Women is what makes men tick and vice verse. Men are what makes women tick. We want nothing more than to be their everything. Men want to be strong and protective, while being sensitive as well.

Men And Women In A Room
Has modern society completely confused what real humans are all about, this to the point that some can’t accept that they’re pretty. This a sad thought, as some believe that they have nothing good to offer or say.

They wish that their life was perfect, living in a perfect world, but it never will be, not even close. Most will then attempt to deal with the real world, and it’s always not that great for some.

Everyone is beautiful, at the very least unique in their own way. People think way to much about their physical appearance, their exterior crust. What most want to meet is the person who began this negative social standard, and ask them why they’re so out of proportion.

Just Love Yourself
There are just too many sad and unhappy people out there. It’s the hope that they can at least see how pretty they are, just being themselves. Every woman is a gift to this world, one that is truly cherished by their loved ones.

Never allow that to go neglected. Keep in mind that you choose your own thoughts. You’re the pretty girl that every man wants, and are wanting to spend and sacrifice the rest of his life with.

It’s who you are that makes you the perfect woman. Not just what you look like, this because everyone isn’t always going to look the same. Everyone grows older, everyone’s appearance and mind changes.

What does stay the same is who you are inside, your attitude remains, your outlook on life rarely alters. The real person living a real life is what it’s all about.