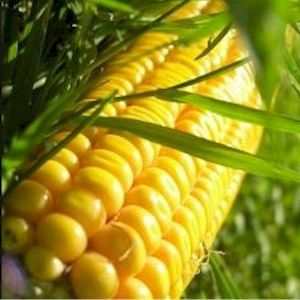 Our everyday foods which have been modified has been an article of controversy, creating a stir as the health conscious are becoming aware regarding the true nature of their production process. GMO foods are essentially a lab creation, a method of splicing genes from one organism into another.

The procedure was originally developed to create a better food product and the hopes of greater commercial success. It’s success however doesn’t come without increased risk, this with the rapid increase in agricultural biotechnology.

The experts admit that this method poses just as many questions as promises. Certain altered foods as of now, also aren’t required to be labeled as generically modified, so the end consumer unknowingly continues to consume these GMO produced foods.

The production of GMOs in some countries are restricted severely or even banned altogether, this because of the numerous health risks which are associated.

The Presence Of GMO
These genetically engineered foods are found in almost all of the processed food products that we eat today. Just reading their label reveals one or more ingredients in almost every food product, such as: cottonseed oil, corn oil, canola oil, which are actually made from rapeseed oil, soybean oil, high fructose corn syrup, etc.

The Most Common GMO Foods
Genetically modified foods have been modified as they are, typically to protect them from disease and pests, and the attempts to increase their nutritional value, while improving their taste, size, and growth spurt.

These altered foods are usually more affordable to grow and manufacture, as they typically need smaller quantities of water or energy to process, while producing larger yields.

GMO foods are now found everywhere as well as in basically everything that we eat. Almost every elemental stage when it comes to the food production process, from growing the crops to processing, they’ll all somehow end up on your kitchen table.

• Sugar Beets – This particular food source according to researchers, up to 60% percent are thought to originate from genetically modified sugar beets, this because of the herbicides which are sprayed which protects the plants from pests and weeds.

It’s also thought to speed up their growth, which means that the sugar that’s added to processed foods, such as soups, sauces, bread, cereals, etc., as a result all mostly likely contain genetic modifications.

• Corn – This the most common modified food as approximately 80% percent of corn is thought to be GMO. Studies conclude that GMO corn is responsible for increasing obesity rates in humans and animals, along with contributing to certain organ disorders such as Type II diabetes.

• Potatoes – The potato is one food that’s targeted by the farmers along with certain health organizations. Their hopes in the GMO research is to engineer the perfect disease resistant potato.

This also includes the potatoes which are easy to process for non-consumable purposes such as lubricants and glue. Lab potatoes are infused with medication to test for certain diseases, and then distributed to those countries who are at risk.

• Zucchini And Squash – Zucchini and yellow squash are singled out as being vegetables which are known to be particularly vulnerable when it comes to insects. They as a result are hatched with a toxic protein which protects them from infection.

Testing after the consumption of these foods showed traces of insecticide excrement. It’s expected that GMO participation in these particular crops are expected to increase significantly in the future.

• Soybeans – Similar to corn, researchers has confirmed that there are now over 70% percent of the soybean crops which enters the consumer market, may now be genetically modified.

The GMO modifications are made to protect the soy crops from a well known herbicide which is used to eliminate weeds. Soybeans are used in a wide variety of food products, including anything from processed snack foods to sauces.

The chemical residue which adheres to the soybean through the harvesting, manufacturing, and packaging process is of particular concern.

• Tomatoes – One of the very first known genetically modified vegetables which hit the market shelves was the Flavr Savr tomato, which was originally cultivated over 20 years ago.

Since then, tomatoes have been the project specimen and placed under microscopic testing when it comes to genetic engineering. The first tomatoes which were modified were spliced with specific genes that were engineered to resist antibiotics.

The main purpose of doing so was to help them grow larger and quicker, while making them more resilient against disease, pests, and being able to store longer for transportation purposes.

Although some of the genetically modified tomatoes still may currently lack antibiotic resistant genes, what scientists were able to merged was a tomato with a lemon, which then produced the first “lemato,” which was a genetic freak of nature looking like a fruity smelling tomato.

• Dairy Milk – Whenever growth hormones as a topic is brought up, milk is usually the first product that’s scrutinized. There are estimates that close to 20% percent or more of all dairy cows are injected with a bovine growth hormone.

This to accelerate growth, weight, and milk production. The fact remains that cow’s milk which is infused with growth hormones are banned from several countries around the world, this because of the dangerous transference of the milk products into those who consume them.

• Canola Oil – Although almost all of the oils that we cook with today has somewhat been genetically modified, canola oil has been the poster child ever since rapeseed oil, which is the primary oil in canola, was approved for chemical modifications.

Currently, it’s estimated that there are close to 90% percent of all the canola crops which has received genetic modifications somehow.