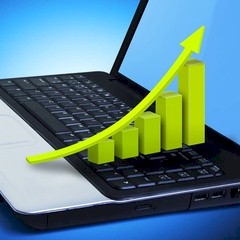 There’s a reason why the majority of traders will take a dive and eventually wash out in the Financial Markets. The main reason is because that’s how the genetics of the markets are setup. They’re designed so that the new or average trader is pretty much destined to lose their trading capital in due time.

These traders are eventually wiped out by paying the commissions that the brokers charge on every transaction. The majority of the traders will just ignore these commissions and treat them just as the cost of doing business. But eventually, those high commissions will systematically begin to drain out their capital into a loss, rather than they making a 5% or so gain in profit.

So as a result, the trading industry drives away these traders on a daily basis while the regulators, brokers and the various trading advisers all make a substantial living from these runaway amateurs.

The markets would rather prefer having a constant steady stream of traders who lose, this so that there is new “fresh” money which comes in and circulates in the market. That’s why most of the brokers, along with the various market advisers will continuously run promising campaigns to attract the new or losing traders to the markets, and the cycle continues.

The underlying fact is that the majority of new traders think that they’re actually smarter than their average fellow trader when they first begin investing, they feed off their ego. Because of this psychology, these novice traders will get morphed into this propaganda thinking that they own the markets and will thus joyfully open a trading account.

What they don’t even realize is that once they open a new account, that the other traders actually receives less of what their initial investment would be, since the financial industry cashes out money from the markets. The markets after all is a minus-sum game, where the winning trader is actually a loser, while the broker smiles all the way to his penthouse condo, just from the interest and the commissions that he earns.

Trading For Commissions
The majority of new traders will just simply ignore these commissions because of their “end game” ultimate dream of making that huge profit in the markets. The brokers if queried will just usually argue that these commissions charges are just a tiny fraction of doing business when compared to the potential profits that the traders can make.

What this means is that for the trader to make a profit, they need to exceed the 4% profit before they can even begin to make a profit. If you happen to trade say 6 or so times a year, you would need to make at least a 24% profit, this just not to lose money.

What this does is it drives the majority of the amateur traders out of the market in just a matter of a few days or weeks, as paying that seemingly small commission is necessary and required in order to potentially make a profit in the markets. If the new trader happens to last as long as a year, most will end up paying up to 80% in commissions. As you can see, managing these small commissions is the key to be able to trade successfully.

Trade The Plan And Not The Money
All of the successful traders have one trait in common, they all tend to be flexible and open minded. The goal of a successful trader isn’t to set out and make a huge profit, which is the primary goal and the reason why new traders begin trading. The goal of the seasoned pro is to trade as consistent as possible by sticking with their plan.

All of the long term successful traders set up their own “Laws of trading” rules, which includes strict money management, and will honor and practice them for every trade that they make. Once they begin to do this, then the profits will begin to accumulate.

Attempting to reach their personal best is a lot more important than making a profit, since it will remain with them in the long term. Not being consistent with it however will vanish the next day.

Traders to become winning traders need to be so focused on their trading rules and sticking with their trading laws that the actual winning of the trades doesn’t boast their confidence. (Well, maybe just a little bit.)

Losing these trades doesn’t make you any less of a trader. What you need to do is be focused and disciplined on trading properly, so that the money no longer has any influence on your emotions.

One of the biggest problems with the market is that there’s way too many opportunities for traders to lose and a narrow funnel for them to win. The majority of traders will often involve themselves on a streak that may be descending.

Someone who happens to be a poor reckless driver will not usually wake up one morning and then suddenly begin to drive defensively, or obey the exact laws of the road. Traders who are destructive don’t bother to follow the rules nor do they usually change their views either, which in the long run destroys their trading accounts.

Traders who usually has some personal grief about themselves will usually attempt to fulfill this grief into happiness by attempting to take it out on the markets. Usually, traders don’t know the ultimate outcome of their investment, and will thus usually end up as a negative in their accounts.