The fats that we consume bombards us from all sources, directions, and types. These can include saturated, polyunsaturated, short, medium, long-chain and sterol fats. The variety is endless, and not all oils are the same. What each of these categories does, is plays different roles in our bodies. Some good, while others can be detrimental, or harmful. 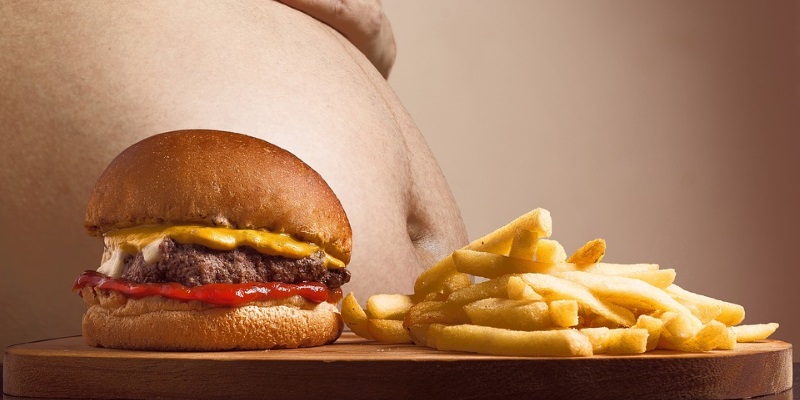 The different fats found in the body are assigned various roles, depending on its type. Some can be an excellent calorie source, which provides energy. The “good” fats function as a signaling mechanism for molecules, which relays messages back and forth between the immune, endocrine system, and the brain.

This type of fat is the Omega-3 fatty acids. What’s focused on, is the role that this essential long chain fatty acid plays, which are commonly found in fresh fish, and why it’s so prevalent in the brain.

Common Fats
What processed food has promoted, is the widespread use of cheap vegetable oils. The balance of the Omega 6 and Omega 3 fatty acids, has rapidly shifted from once being on par, to becoming hugely skewed in the favor of the less desirable Omega 6.

This matters and is a concern, because what Omega 3 fatty acids and Omega 6 fatty acids plays, are opposing roles when it comes to the signaling of molecules in the body.

What the opposing Omega 3 fatty acids will do, is shut off these inflammatory signaling pathways. What both inflammation and turning off the inflammation does, is plays key roles in injuries, combating disease, and the maintenance of a healthy bodily homeostasis.

Fats In The Brain
These inflammatory pathways in the brain, especially if it’s chronic and uncontrollable, affects a variety of processes when it comes to the health of both the brain and the body.

The compound found in Omega 6 fatty acids is prostaglandin E2, which is a pro inflammatory molecule that can affect sleep and concentration, increase social anxiety while suppressing appetite.

It can also increase the instances of catching the common cold or the flu, as well as increase moodiness.

Prostaglandins is also the trigger that sets the “fight or flight” response, this once faced with stress by commanding the brain to release cortisol, adrenaline, and other related stress hormones.

Storage Of Fats
Both Omega 6 and Omega 3 fatty acids, are stored in the cell membranes. The ratio of these fats become influenced by ones dietary intake.

The long chain Omega 3 that’s consumed does is displaces the Omega 6, and vice-versa, when they’re both occupying the cell membranes. So if not enough Omega 3 is consumed, that space is filled with Omega 6.

The key to improving the anti-inflammatory/inflammatory balance, is by restricting Omega 6 intake. Research is making a case that the proper ratio of Omega 3 to Omega 6, can potentially be beneficial for mood disorders such as bipolar disorder.

Polyunsaturated Fatty Acids Or PUFAs
PUFAs are “essential fats,” that means the body can’t produce them on its own, so they need to be consumed by external food or supplements. What humans have historically done, is eaten massive amounts of Omega 6 fatty acids in huge quantities.

These foods include, corn, safflower, sunflower, cottonseed, peanut, and soybean oils, which are all commonly used in the preparation of everyday inexpensive processed foods.

Just check any label of ingredients, from boxed breakfast cereals, breads, baked goods, salad dressings, mayonnaise, margarine, sauces, and all fried food. Vegetable oils are found in the fryers of every restaurant, as they’re inexpensive and tasteless.

What they’re all high in are Omega 6 fatty acids, so don’t get tricked by thinking since the oil is made from “vegetables,” that it must be healthy.

The Fat Ratio
What’s common, is feeding our cells with vegetable oils that are prominent in Omega 6, while minimizing the intake of Omega 3. What results is a chemical makeup that’s highly inflammatory.

What a high ratio of Omega 6 results in, is a list health maladies such as diabetes, heart disease, obesity, depression, and autoimmune diseases.

Our common modern day Western diets however, the Omega 6:3 ratio can be anywhere from 17 to 30. The ratio, when it comes to traditional coastal fishing diets in the Mediterranean for instance, is anywhere between 4:1 and 1:2.

The Brain On Omega 3
What the brain has is a large number of cell membranes, which are composed of fat. The fat composition that’s found in the brain, is a bit different than the rest of the body.

For healthy brains, the PUFAs that are found are appreciable amounts of Omega 3 DHA, which is commonly found in fresh fish oil and grass fed meats, along with Omega 6 fatty acids, that are derived directly from animal based foods.

Better Brain Function
The brain appears to function the best at peak efficiently on Omega 3 fatty oils, so it becomes vital to adhere to these design specifications.

Clinical research provides proof that just supplementing with Omega 3 fatty acids can help, while mindfully deciding to cut out the foods which contain Omega 6.

Always Choose Omega 3
It begins with decreasing the processed foods that we eat, while making sure we consume Omega 3 rich fish or supplements at least a few times a week. Deciding to switch to grass-fed beef, is also recommended.

Olive oil is renown for it’s high Omega 3 content, while having relatively low levels of Omega 6, which is usually neutral.

Deciding to use vinegar or lemon juice and olive oil, is an excellent substitute for commercial salad dressings. When baking, choose butter or coconut oil and avoid margarine.