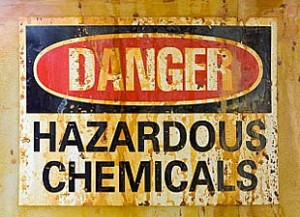 So you’re on a family vacation and you decide to lodge your family at the roadside motel just off the freeway.

You arrive late at night hoping to get a restful sleep and an early start in the morning. So you lay your body on the double bed while your kids sleep on the pull out sleeper sofa.

The next morning during breakfast, in horror you find that your kids have developed huge red what appears to be bites all over their neck and backs.

You have absolutely no idea why or what these marks are, but thankfully they disappear in a few days. In the meantime, you research and find that there are more and more North Americans who are discovering the same red bites on their bodies.

The Bed Bug Problem
You then find out what you feared, that you and your family was attacked by bedbugs, as they are now a dangerous common problem for many. What they’ll do is latch on to your clothing and then you’ll transport them in your suitcase and into your home, all sight unseen. That innocent stay at that motel has now completely infested your house with bedbugs.

Did you know that the country is now rampant with these bedbugs and are becoming an epidemic. Initial reports regarding these unwanted virtually invisible nuisances became prominent about a decade ago, and the sightings has become more chronic five years ago, which even made national headlines.

The reports of bedbug infestations are also shocking to some, as these pests were thought to of been completely eradicated sometime after World War II in both North America and Europe. So for over half a century, the majority of the population didn’t know that these awful bedbugs even existed.

They’re known to come out at night to feast, injecting their poison so that you can’t feel them sucking your blood while you’re sleeping. By morning, they’re gone back in their dark hiding place, leaving ghastly red welts on your body.

Know DDT The Insecticide
The reason for the disappearance of bedbugs directly after the war is thought to be because of a insecticide known as DDT, the same which also saved millions of people from malaria.

DDT back then was also considered a miracle chemical which gave the population a fighting chance when it came to eradicating the insect world.

The very same insects which carried disease that wiped out massive numbers of the world’s population during the Middle Ages. Gradually, sanitation systems improved, the infested swamps were drained out, while the medical community discovered cures for conditions such as yellow fever.

Once all of the various plagues of the world were under control, the discovery of DDT delivered the final blow to eliminate disease.

The Swinging 1960’s
But in the 1960’s, there was a shift in popular culture and a different philosophy that was adopted. What evolved was a push to ban DDT. This because there was a cry to preserve everything and anything that was alive in nature, including all insects.

It was suggested that killing of these lowly bedbugs was no different than killing a pet or another human, that it was cruel. So regardless if the victim was another person or your pet hamster, individuals can’t experience peace among the human race, if any living creature such as bed bugs were eliminated.

The Respect For All Living Things
So these irritating bedbugs, along with all of the other annoying and at times killer insects, then enjoyed some kind of right to live their lives. It was a theory which could only be embraced in a world without bedbugs, or malaria.

This preservation of everything living was eventually embraced by the public, and DDT was banned in the early 1970’s. The movement also involved better ways to further preserve human life and protecting anything else that flourished.

So fast forward to today, all of the effective pesticides which were once available to kill all of these annoying pests and insects are still banned. So the sprays which are currently available on the market, all they do is control the bugs, but they don’t ultimately kill them.

Bed Bugs An Increasing Problem
Recently, there has been thousands of new bedbug reports on a daily basis, and this most likely just a small fraction. The majority who encounters this annoying problem don’t want to tell others out of embarrassment.

The Continuing Growing Reports of Bedbugs

We’ve lived in our apartment for six months. After a few weeks, we noticed that we had bedbugs. So we washed everything and packed our belongings up, and left it that way for 4 weeks during the extermination process.

The treatments did absolutely nothing and we noticed bedbugs again just after 2 weeks. Finally, after a couple of months, we finally stopped getting bitten. We thought things were finally restored until a neighbor who lived on the same floor told us that for them, the bedbugs came back 4 times during the past 2 years, which required spraying each time.

Then the new tenants who moved in next door told us they had bedbugs. Now, today, we have bedbugs again. The management of the building agreed to exterminate, hopefully getting the entire floor done in one shot.

We’ve finally decided to move out a month ago, but it’s disgusting that this particular building still operates. There’s clearly a huge bedbug problem and the building should be condemned.

The Bedbug Expense
Getting rid of these bedbugs comes at a massive expense. There are multitudes of pest control companies who promises to do so, but they’re forbidden from using any serious deadly chemicals to completely kill them.

DDT (dichlorodiphenyltrichloroethane) is completely out of the question, so there’s no way to know if the bedbugs have been eliminated, as they can lay dormant for up to a year before reappearing once again at night to do their terror.

Bedbugs Becoming A Serious Epidemic
There is a bedbug epidemic in this country, but instead of the media focusing on this problem, they would rather write about the preservation and love of nature and all things living.

There’s also a variety of “green” groups who think that bedbugs can be controlled by proper maintenance such as awareness, by regularly doing laundry, airing out the mattresses, and using safe non-toxic sprays. But this is complete nonsense. There’s one chemical which has been proven to work, DDT, but it’s no longer approved for indoor use.

So if you head down to your local hardware store like you would have a few decades ago, you can’t no longer buy DDT since these stores won’t carry it. And for the very real bedbug problem, there’s only one proven way to completely eliminate them.

But it’s the policy which promotes the well-being of everything that’s living, which is also destroying us rather than giving us the freedom to live a better life.