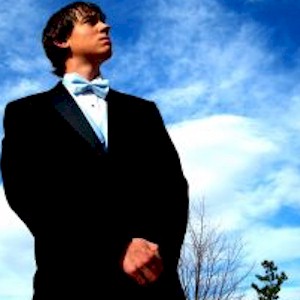 Narcissists can become annoying, and bearable just in small doses. What becomes tiring is the combination of their self fed displays of importance and rudeness. This a personality type you want to avoid, and pity those who needs to constantly deal with them.

This trait has graduated itself into becoming a real clinical disorder, an offsetting counter intuitive unwelcome behavior. The narcissists among us, constantly seeks the need of others to validate their self worth. Not just to be liked, but be admired as well.

What they have is this intense insane desire to be the center of attention. This display of borderline sociopathic behavior of extravagance, this to the point you can no longer tolerate them, let alone feel sorry for them.

Similar to a social butterfly, they float through life feeling good about themselves when they’re liked. They feel they’re entitled to special treatment, and if they’re snubbed, they become offended. Just look at their sad eyes of loneliness.

The Narcissists Among Us
Similar to pets or grandchildren, you can only handle narcissists in limited doses of time, just holidays and special occasions. The intense narcissists will often live tumultuous lives because of this, as only a few can tolerate their behavior for so long.

Milder versions of this personality disorder however can offer benefits, as they’re usually always chipper and can cheer you up on a drab day.

They’re less likely to suffer from symptoms such as depression or anxiousness. They’re more proactive than reactive to cheer you up. They’re like your dog who needs constant attention.

The true narcissist can be hard to spot since they cloak themselves in being socially fascinating, that you wouldn’t expect someone who’s so self-absorbed in themselves, to be so defensive and needy when rejected.

Feeding And Caring For Your Narcissist
What’s uncertain is how one ends up becoming a narcissist. Some suspect that genetics may play a role, overly permissive parents who are arrogant themselves, lavishes their children with endless praise, may contribute to this condition.

It’s thought that more men than women are narcissistic, while others argue it’s based on traits such as being extremely competitive, self-centered, disinterested in intimacy. Traits which are usually more common and socially expected in men.

Women however can be equally as narcissistic. Female narcissists might be that gossip queen, constantly being the center of attention in their social circle of friends, or seizing the stage at work.

It’s also generally thought that Western society is more narcissistic than those from Asian cultures. The argument lies that cultures such as Japan, narcissists are just more subtle with deep ulterior motives, this since self-aggrandizing behavior isn’t that respected.

How To Deal With Narcissists
If the belief stands that narcissists are fostered, then there must be a cure, that it can be treated some how. It was originally thought that personality disorders such as this, were essentially incurable.

Narcissists remain the hardest nuts to crack. A narcissist who’s not happy, genuinely believes that it’s the fault of others, it’s those who doesn’t give them the respect they deserve.

So because they believe they’re so great, then why change. To them, it’s always the other person who needs to change, and not them.

Who Are These Narcissists
Narcissists are usually made aware that they are a narcissist by their spouse or a relative, as they have no sense that they are one. All they wonder is because they’re so wonderful and accomplished, why they feel so empty inside.

This because their foundation is built on a house of cards, falsehoods. So it becomes difficult for them to deal with questions such as the meaning of life, this because they think they’re perfect, that there’s nothing wrong with them.

They can’t move beyond “I’m so wonderful,” because everything revolves around them, which prevents their personality to grow. They can’t change their behavior or attitude to adapt to life’s ever shifting challenges. You can’t teach an old dog new tricks.

You The Narcissist
You’re so darn full of arrogance that you just can’t stop talking about yourself. But you’re now finally starting to realize that you may be narcissistic.

What’s known is that those who are “average” have enough confidence to think that they’re better than others in certain situations, such as how dependable, friendlier, better looking, smarter, or less prejudiced they are.

Narcissists feed off their big ego. They’re firmly convinced that everyone, this regardless of who they are, that they’re undeniably better than them, and they’re on a mission to prove so.

Confident But Not Narcissistic
Those who are well adjusted will just slightly alter the world to their advantage. If they do well on a work project or an exam, then they’ll congratulate themselves.

If they don’t do well, they’ll put blame on themselves or realize it was out of their control. It becomes necessary to tell themselves that these faults are common universal traits.

They convince themselves that their strengths are unique, as what they do is get through life by not losing faith in their abilities.

Narcissists Blame Others
These types of biases are only faint echoes of distortions that a narcissist has. A narcissist will never see any fault in themselves, even if the world around them happens to be crashing.

Negative emotions play an important role in life. They reveal that something’s not right, that they need to change something in themselves or the environment. But narcissists, since they can’t do no wrong, are blinded by their own faults.

So the solution for consoling yourself, this when you’ve been exposed to the blunt edge of needing to deal with narcissists, is to feel sorry for them, while avoiding them whenever possible.

Dealing With The Emotional Turmoil That Is Getting Rejected