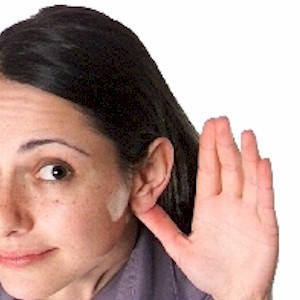 Nothing really deconstructs a sense of purpose on your personal empowerment, than when no one listens to what you have to say, that what you speak of falls on deaf ears. What you’re giving are instructions, an opinion, offering your perspective, but it’s completely ignored. What you say is brushed aside.

Or what’s more frustrating is that it’s heard but automatically reputed. The feeling that you’re constantly overlooked, is a sure sign that your relationships, whether it’s at work or home, or with whom, is becoming fractured.

These dismissals of your viewpoints is similar to a direct slap on the face, which evokes feelings towards anxiety. If it continues, being constantly ignored, it can lead to irritation and anger.

Being ignored by someone who you feel is superior to you can invite a blow to your self esteem. This becomes a disorder of power. If what you say, whatever it is and whenever, isn’t being taken seriously, then you lose your sense of legitimacy.

They Don’t Listen Because They Don’t Agree
What some will do is just listen to your information which only conforms to what they already think or believe, and won’t listen to anything that’s new to them, or they don’t agree with. It doesn’t comply to their thinking so they ignore it.

If they’re strongly opposed to something, they’ll just brush it aside subconsciously, as it doesn’t agree with their thinking. These individuals are just open to those who expresses opinions which are similar to theirs.

Leaders, strong public speakers, politicians, adhere to this policy. They will listen to those who feeds their cause, fuels further information which supports their beliefs.

I Like What You’re Saying But…
It’s thought that cognitive dissonance plays a role when it comes to listening skills. If you happen to like someone, you’re then more likely to be interested in hearing whatever their perspectives are, however absurd.

If you happen to dislike or are angry at someone, then your initial reaction will be negative, to reject everything that they say as being wrong, irrelevant, not worth listening to.

Confirmation bias and cognitive dissonance makes us feel prone to reject dissonant data. Information which differs from what we’ve previously believed, or is spoken by someone who we harbor negative feelings towards.

If negative perception has convinced us that we should not like a particular speaker, then we’re unlikely to listen to what they say seriously, their ideals, regardless.

They Don’t Listen Because They’re Narcissistic
The definition of narcissism is someone who thinks they know better, that they have superior knowledge, know more than you. So your viewpoint, perspective, doesn’t exist or matter. It’s all about them, so they don’t need to listen to anyone else.

If they do happen to listen and you don’t agree with them, they’ll usually dispute it immediately, or claim they came up with it, or show what’s wrong with your argument, regardless of how logical it may be.

They’re just conditioned to not listen to you or anyone else. All they want to hear is affirmation, how great that their viewpoints are, that they’re always right, and you should just do what you’re told.

They’re Too Upset To Listen
What being angry does is it opens mouths while plugging ears. What being mad does is it diminishes one’s capacity and ability to listen. The more anger that there is, the bigger the inability is to absorb new information.

Have you ever tried talking sense into someone who’s raging mad, you’re better off talking to a brick wall when it comes to what you say. However logical it may be, hardly nothing will be heard.

Similar to a narcissist failing to listen, if someone who’s upset happens to hear you, they’ll immediately dispute it with reasons why, that whatever you say is completely wrong.

So expect whatever you say to be replied with “But…” What anger does is it creates the passage for narcissistic functioning, that what they believe is right, and what you think or say is irrelevant.

You’ve Lost Their Trust
Once you’ve said or done something that’s so wrong, be it mean, dishonest, or hurtful to someone, you’ve lost their trust. That person is then more that likely to remain wary of you, this whether you’re in favor of them or not. Once you lose someone’s trust, it becomes difficult to regain and heal.

Similar to we not eating food that we think may have spoiled and will make us sick, what we do is automatically reject information from anyone who appears to be untrustworthy. We get that sour taste in our mouth.

They Don’t Listen Because Of Your Tone Of Voice
It’s known that the best effective listening occurs within a relatively narrow bandwidth of noise. If someone’s voice happens to be too soft, shrill, or too loud, or the words are too slow or too fast, listeners will turn away.

Another common mistake is ending every sentence is if it were a question. That your tone of voice goes up instead of going down, which signals a statement. “Is the music too loud?” is less likely to lead a listener to turn it down, rather than, “The music is too loud.”

Also, be aware of linking together multiple thoughts by using “and.” What run-on sentences does is it turns off readers when reading written documents, while turning off ears when speaking.

When offering too much information at once which are not related, most are not willing to listen, but will get confused instead. There’s a general rule of not using more than three sentences per comment. Doing so can increase the odds of the listener not responding to what you’re saying.

Another Reason To Drink Red Wine The Benefits Of Resveratrol