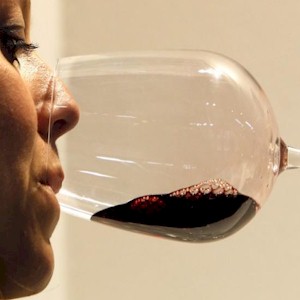 Most claim that they drink wine because of the known health benefits and not for the drunk. The fact remains that there are certain advantages because of the natural substance that’s found in red wine, which can potentially help in improving ones health.

There’s mounting evidence that taking resveratrol supplements has shown to be beneficial, and has become verified. That the antioxidant known as polyphenol, which is naturally found in red wine, can benefit the brain along with better heart function.

This obviously when drank in moderation as there is a tipping point of consumption. Most doctors also remain wary of encouraging anyone to drink alcohol for health purposes. But there’s no denying however, that the resveratrol compound has shown improvements in health.

Resveratrol, the active ingredient in red wine, explains why lifelong wine drinkers in parts of Europe, who consumes more wine than most, are proving to be healthier than they should be, as their lifestyles consists of eating lots of cheese and getting little exercise.

The problem is that you would need to drink excessive amounts of wine to get the true benefits of what the resveratrol effect offers, which negates its purpose since you would get too drunk and then eventually lose consciousness.

So the most obvious and a lot more healthy choice is by supplementation, taking resveratrol in highly concentrated pill form which are now available on the health market.

Why Resveratrol Is Effective
The biological action that’s associated with resveratrol has been connected with its ability to scavenge for free radicals, while offering protective effects conferring on diabetes while protecting the heart.

One recent study of its effect on diabetics reported that taking resveratrol was beneficial, where just modest amounts prevented the impairment of memory which was induced by diabetes. Another study showed that resveratrol improved glucose metabolism, while promoting longevity for the diabetics.

Protection For The Brain
Another known benefit of resveratrol is its antioxidant properties. What the brain does is it produces more free radical damage than any other organ, while having lower levels of antioxidant defense enzymes.

Resveratrol have shown to have protective effects when it comes to brain damage, which is caused by a chemical which eliminates the acetylcholine neurons. What the injection of this toxin does is it impairs memory performance when doing tasks.

The impairment is significantly reduced by the repeated injection of highly concentrated amounts of resveratrol in the case studies.

Another study measured the effects of working memory which was supplemented with resveratrol, as well as testing its effectiveness when it came to accelerated aging. What resveratrol did was it reduced the memory impairment for older individuals, but not always for young adults.

Resveratrol And Cognitive Function
The issue becomes whether resveratrol helps with cognitive function in humans, especially those who are healthy. The possibilities are good since other substances which contains similar antioxidant properties appear to improve ones memory capability.

The studies performed on test subjects have shown positive effects of the resveratrol when it comes to treating several conditions which are associated with aging, and better memory retention.

The latest study conducted on older individuals, who took daily resveratrol doses for a period of 6 months, the memory tests based on word recall revealed that there was improvement.

What the resveratrol also increased, this based on brain-scan measures was better functional connectivity, which identified a link between the neural activity of the hippocampus, along with several other areas of the cerebral cortex.

Resveratrol And Diabetes
Tests have shown that the intake of resveratrol increased insulin sensitivity. What was measured were several significant markers which are important to diabetes.

What resveratrol did was it decreased all of the standing levels of sugar-bound hemoglobin, which is the most significant indicator when it comes to gauging glucose control.

Increasing Resveratol Intake
There are other foods besides red grapes which contain amounts of resveratrol. The most likely sources which most would be familiar with and consume are fresh cranberries, blueberries, and peanuts.

The issue remains that you most likely won’t eat or drink enough of these foods to get enough resveratrol substance for it to take any effect. But since resveratrol is now scientifically documented as effective, what’s recommended are taking the highly concentrated supplements.

The preferred method of getting your resveratrol intake is to continue sipping red wine, but taking supplements is recommended for maximum effect. There are no known toxic aftereffects when taking high doses of resveratrol.

Natural Or Synthetic Resveratrol Supplementation
Synthetic resveratrol capsules are produced by using two different methods, fermentation or by chemical engineering. For fermentation, a bacteria or yeast is genetically modified to produce the resveratrol substance.

The chemically engineered resveratrol is a combination of compounds which employs the use of organic chemistry to engineer the resveratrol molecule. Both of these processes however has potential pitfalls.

When it comes to fermentation, bits of the yeast or bacteria to produce the resveratrol will show up in the finished product. This results in consuming a novel substance, a compound which hasn’t been previously consumed by humans, so its toxicity isn’t known.

Chemically engineered resveratrol may have an issue with contamination, this because of the small amounts of the chemicals which are used to produce the synthetic resveratrol. These trace chemicals during the process which are unidentified, are hoped to be nontoxic.

The reason why some suppliers will use synthetic resveratrol instead of natural resveratrol from polygonum cuspidatum, is because of the significantly lower cost of production.

Know that if a supplier doesn’t disclose which type of resveratrol supplement is offered in their product, either natural or synthetic, you can assume that it’s the synthetic type.

The Healthiest Known Natural Ways To Suppress Your Appetite