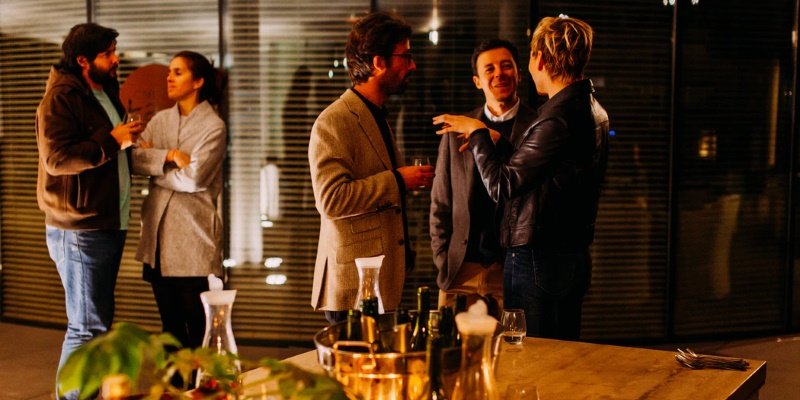 There is always a certain strain of people on this planet, who you may not like or get along with. Who’ll bother or annoy you in one way or another. These are the individuals, who’ll continuously taunt you, bully you, call you names, bring your spirit down.

If we had to make a list of the things which irritates us that people do, most will come up with a laundry list of issues. Perhaps it could be someone at work who constantly talks too much or too loud, an obnoxious relative, someone cutting you off in traffic resulting in road rage.

The easiest most efficient solution, is to just avoid these people who bothers you whenever possible. At the very least, you can politely ask them to manage their annoying behavior.

The biggest issue is once we see a problem with another person, we allow it to be a problem, our problem. We allow someone who’s a thorn in our side to effect us somehow.

Then the situation escalates, since it’s no longer about the individual who’s bothering you, but rather how we choose to react and deal with the situation, or how we react towards that person.

If you’re truly wanting to manage these types of individuals, then consider using the following trigger detractors. Doing so, should eliminate their effectiveness.

That erratic driver on a hot sunny day who just cut you off in traffic, that particular incident will be quickly forgotten, later on in the day. Just be thankful there was no accident, so let it pass. Don’t allow that irritating co-worker who annoys you, to bother you once you get home.

The person who may be cyber-bullying you online, is a simple click, delete, or ignore away. Nothing is ever permanent, nothing ever stays the same. So don’t allow someone’s behavior to bother you to the point that it becomes permanent, and becomes a part of your life.

Instead, just allow it to pass. Invariably and sadly however, it will be replaced by someone or something else. Remind yourself, that their behavior will just flow through you and go away.

Decide or find out why a particular person annoys you. What’s the trigger which sets you off so negatively, to dislike that person.

Is it because you hate losing arguments, or don’t like someone to get in the last word. You don’t like to be told what to do. It could also be that you don’t like being ignored, or you or they have a low self-esteem.

Take note of what your reaction is, and then see what you can do or learn from it. Even though it’s the behavior of someone else, it’s usually you that does the reacting.

3. – Show Some Love And Compassion

Decide what it is that motivates the individual, to do what they do. Some relative at the dinner table who’s rude and obnoxious for instance, may have a serious crisis on their hands. That annoying co-worker, may be having extreme marital problems at home.

Most often, those who displays poor behavior, is because they have personal concerns, objectives, or distractions on their mind.

They probably don’t know how to handle it properly, so it has nothing to do with you. You just happened to be in their path.

So have empathy for someone who may come across as rude, instead of not liking them.

Those who do bad or annoying things, may be doing so for what they think are good reasons. Children will purposely throw temper tantrums, just to get noticed. What they want is attention, and they don’t know any other way to get it.

The majority of people, have no idea how to get what they want or need. They don’t have tact, no idea how to express themselves effectively. This falls under the same category, of practicing compassion.

Keep in mind while their intention may be good, their overall delivery on how they come across may be poor, which doesn’t make the person bad, just not very likeable.

The person you don’t like, may just be a complete jerk or drama queen. They’ll constantly do or say negative things for their own negative motives, ego, or personal agenda. So who cares.

They may be unreasonable, rude, or just outright nasty. But then, so what, it’s their life. Their behavior shouldn’t make a difference in your life whatsoever. So at times, just abandon your need to be right at all times.

Instead, feel sorry for them and their demeanor, and then just move on. There’s no need to expend your energy to contribute towards their cause. Why bother focusing or worrying about them.

Don’t give these negative people the energy they seek, to fuel their agenda. Why even bother to care. If you don’t, you’re then one less person they need to battle with.

Avoid them, go elsewhere, get out of their way. Go into a different room, take a bathroom break, you don’t need to remain in the direct path of someone who bothers you. Don’t irritate them any further.

Just take a break away from them, go somewhere and get them out of sight and out of mind. Think about things that makes you happy instead. Decide to focus on the good things in your life.

Just break off the connection, and then go back to face them if you need to, with a completely new and different mindset. Develop a fresh perspective, when dealing with that person again.

Know the exact role and relationship that you have with that person. What’s the point, and what’s the reason why you dislike them. Begin by identifying how and why they bother you.

Focus your attention on more interesting or productive issues which interests you. Don’t allow these people to drain out your energy and livelihood. Decide you’ll control your own triggers, and react differently the next time.

9 Traits Of Genuine Honest People In Your Life