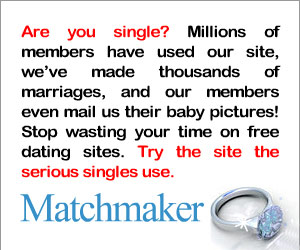 If you have had any trust issues in your relationship, your partner may be lying to you. Trust is something that you should be building from the beginning of a relationship. Even though there are a lot of people that say, everyone tells little ‘white lies’, in order to protect you, or make you feel better. Some partners lie because, well, as caring creatures, they may just want to spare the awkward ‘feelings’ of the person they are dating or seeing.

So Here Are Some Of The Common Lies Told
1.You are absolutely perfect
I love you exactly the way you are, and wouldn’t change a thing about you. But let’s be serious, nobody is perfect. At the beginning of a relationship, everyone tends to say this because they simply don’t know each other that well. But after some time has passed, they will eventually find something that needs changing or altering. So, if he or she tells you something similar, don’t be too enthusiastic as they will find you perfect one day, and then they will eventually ask you to change the next.

2.You are always right
Every time you are arguing, to end it, one tells the other that they are right. You need to know that this isn’t entirely true. He or she says that just to end the argument, even if they didn’t really consider that you’re right. He or she knows that after a while you’ll see that they were right, or vice-versa, and may be waiting for you to apologize.

3.Nothing is wrong… really!
The is most common lie… ‘I am fine’, when asked if there is anything wrong. You see that he or she is upset, that they are acting strange or doesn’t want to talk or see you. They tell you that they are the problem and everything is fine. They do not want to tell you the real truth, and they’re expecting you to figure it out yourself what that something is.

4.But I really do love football or your book club honey..
Maybe he or she agrees to stay and watch that football game or read that book, but this doesn’t mean that they like it. They accept to do this just to show you that they are different from the other people you’ve known, and you have common interests. You may be thinking that finally you’ve found the perfect partner for you, because not many would stay to watch football or participate in your book club. But don’t get too giddy because after a while, he or she might of had enough, and get upset every time you sit down and watch a game, or when asked why a certain book has profoundly changed you.

5. I love spending time with your friends
At the beginning this is okay, but eventually not so much. Even if they happen to be good friends with both of you, they would rather spend more time alone with you, and not one of your friends. If he or she didn’t tell you this already, they will ask you to keep visits from your friends at a minimum, and then will keep pretending they like them.

7.Your bank account does not matter
Not really true, especially for females. We all know that this is genuinely a big lie. Most women want a guy that has a fat wallet and is financial stable and independent. A guy that can absolutely assure her a good future and support a family with no financial problems. This doesn’t mean you have to be loaded, but you should be stable.

8.It doesn’t really bother to me if you look after other men or women
This is far too good to be true. Even if they say that it’s okay, they will definitely be upset if you do. They do not want to feel second best to someone else.

9.You are the best partner I’ve ever had
Especially if he or she lets you know without asking them, there is no chance in hell that it’s true. If they really start to compliment you about your ‘experience,’ it doesn’t mean that they really believe that. Often if someone cares about you as a person, they will let you know what you really want to hear, just to make you feel better. So think about your partner, your relationship, your experience and see if you really deserve that compliment.

Blog Contribution by: Christa Lopez
who is a bona-fide relationships expert by experience 🙂