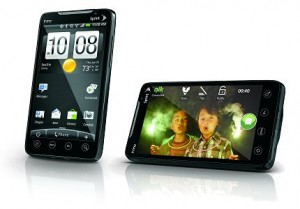 So what is 4G? 4G or fourth generation is the next generation of wireless cellular standards, that will primarily provide for higher speed transmission and downloads, while supporting higher definition quality streaming video. 4G technology carriers will either offer Long Term Evolution (LTE) or WiMax. 4G isn’t backward-compatible with current 3G, but it will use ‘spectrum’ more efficiently. WiMax and LTE are 4th generation cellular technology that can transmit high quality, high definition video on smartphones and tablets.

When smartphones were first introduced, and then went into wide usage for data transmission and Internet access, most consumers, as well as the carriers quickly recognized the need for faster speeds. The entire 3G wireless network needed to transmit, receive and send information a lot faster. What was also needed was more reliable and faster mobile data networks, as well as better and broader geographical coverage.

3G Has Outdated Itself
The current mobile based telecommunications technology, which is collectively known as 3G or third generation, actually emerged around 10 years ago. Almost everyone connected is relieved that its successor technology, 4G, is finally now entering into commercial service. The basic and primary idea behind 4G technology is that it will be faster, offering more widely available broadband availability.

LTE and WiMax both use the advanced antenna technology which improves reception as well as performance, while each uses different areas and parts of the wireless spectrum. Neither of these will currently operate at existing cell phone frequencies, and neither will natively support voice transmission.

So the current 4G phones available must include a 3G chip to be able to handle voice calls, as well as enable roaming between geographical areas and carriers.

The different providers are able to pick and choose the different types of 4G technologies that are available. Their offerings will typically be able to provide up to 4 to 10 times the throughput of current 3G networks.

So Who In The World Has 4G
Up and running 4G services are currently available in several countries throughout the world, including: Korea, Japan and Russia. They all offer WiMax available networks. In Sweden, there is a commercial LTE network currently operating as well.

The Plans For 4G In The United States
In late 2010, Sprint Nextel was the only national carrier which offered 4G service in the United States. To be able to deliver the service, Sprint
uses the WiMax technology on the Android based Samsung Epic and HTC EVO 4G phones. Verizon Wireless another major wireless player, expects to start shipping out LTE phones by mid summer of 2011.

> AT&T Inc., currently has plans in place to also use LTE when the eventual upgrade plans to 4G in 2011 are finalized. They are however just staying with their current 3G network as of now.
> Sprint Nextel, in partnership with Clearwire Corp., as mentioned are planning to offer WiMax-based 4G services in close to 50 of their major U.S. markets. Clearwire and Sprint’s 4G plans will include unlimited data access. Their 3G plans currently charges extra $$$, if you download more that 5GB per month. The Clearwire based plans are around $20 per month less than current 3G data plans. Clearwire also recently announced an effort to test systems that will incorporate both WiMax and LTE technologies.
> Verizon Wireless is currently testing LTE technology and equipment from several different vendors, and they plan to begin offering 4G sometime in 2011. They should be up and fully running to cover most of the U.S. by 2012. Verizon is yet to announce any pricing for LTE.
> T-Mobile USA is launching a bit of a 3G variant, which by some is called 3.5G, in 100 of their U.S. markets. They are expected to offer LTE services in the near future as well, but is yet to set up a specific date for the launch.
> U.S. Cellular will most likely use LTE when it offers its 4G service, but they have not yet announced a set schedule for doing so.
> MetroPCS Communications Inc. has plans to introduce LTE in 2011 using a dual-mode 3G and LTE phone provided by Samsung.

Bigger Better Faster
4G will be able to accommodate for better and quicker streaming, as well as faster downloads. It will also adequately address the current existing 3G applications, as well as be able to significantly improve the performance of the higher demanding 3G apps such as: chat, video and videoconferencing, networked games, multimedia messaging and high streaming HDTV.

Designs For 4G
In the future, users will be able to replace their current home broadband service with 4G, which could also be used when on the road. It should also be cheaper to have a WiMax 4G service, rather than the current home service, along with a separate 3G wireless plan. Wireless developers are also aiming for application and video download speeds of up to 100Mbit/sec., but the products that are capable of this level of performance probably won’t be available for a few years.

One of the eventual goals for 4G is to enable pervasive computing, which is currently just a hypothetical concept at the moment. This is where multiple and simultaneous ultra high-speed network connections will be able to provide users with seamless hands-off usage throughout a geographic area.

Is Vitamin D The Key To Maintaining A Healthy Heart?

9 Of The Most Common Lies Told By Women And Men