A Buyers Guide For Choosing The Right Digital Camera Lens 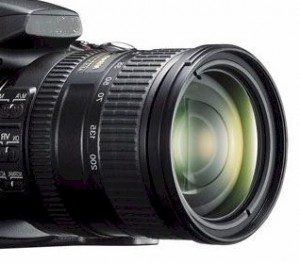 When you’ve finally picked out that perfect digital camera to fit your needs as well as your price range, what can be often overlooked is the different types of lens which the camera can be fitted with. You’ve chosen that new flashy DSLR camera which claims that it can capture those perfect professional quality images, but it’s the digital camera lens which makes it complete.

One of the most vital elements for a photographer is their camera lens. The camera itself plays the mechanical role of processing the image as well as image stabilization etc. What the lens does is it performs the instructions of capturing the exact image and then passes it along to the camera to process.

Many think that the camera is a lot more important than the lens itself. However, photography at any level requires all of the multiple elements as well as the stages of image capture functions to work for it to take that perfect photo.

The camera body itself using the proper lens is capable of capturing that perfect image, but what it really comes down to your skill of execution. With the best possible equipment, it still doesn’t mean that you’ll be able to capture those stunning photos which a professional can.

As the cameras primary function is image management, the lens is the eye of the process capturing that sharp stunning high quality image. To be able to take those photos with perfect timing, the exact angle, the proper mood and lighting, it all comes down to your ability as well as at times, luck.

If the lens which is mounted on your camera is unable to capture that exact quality photo that you’re looking for, you won’t feel satisfied with the picture quality. The image that you’re capable of taking along with your skill level can’t be accomplished without the proper lens.

[ad#co-1]
The Importance Of Millimeter Measurements On A Camera Lens
Millimeter indicates the exact focal length of the lens itself, which is the known distance from the camera’s lens to the sensor. Lenses which are 35mm or less widens the view as well as exaggerates the scene by it stretching out the perspective. For those lenses which are are 70mm or larger will usually compress a scene so that the distant far away objects will seem a lot closer.

What’s A Kit Lens
A kit lens is referred to as a starter lens which is usually bundled together with a D-SLR camera. More than often, a kit lens will offer a good focal length range so you will be able to use it in a variety of different situations and for practically any shooting need.

The Main Purpose Of Using A Telephoto Lens
What a telephoto lens does is it will enlarge objects or subjects which are faraway so you will be able to get clear closeup photos or images of your subjects, such as people on a field playing football or wildlife which is far away, which you may not normally otherwise be able to shoot. The compressed perspective also refers that there is a depth of field which is shorter, so it’ll be a lot crisper on the subjects who are in focus.

The Purpose Of Using A Macro Lens
A macro lens will allow a digital camera to be able to sharply focus on objects which are actually closer to the lens. They are also able to improve the magnification capabilities of the camera.

What Millimeter Range Does When Using A Zoom Lens
What the range indicates is the actual span of perspective that the lens is able to provide. As an example, if you take a telephoto lens which has a range of between 70mm to 200mm, that would be able to take you from a magnification which is a moderate view directly to one that is an extremely enlarged scene.

The Purpose Of A Prime Lens
A prime lens, which is also know as a fixed lens, is one that does not have built in zoom capabilities. What it does is it just offers one single perspective, so you will have to move simultaneously with the camera to be able to frame the scene the exact way that you want. A prime lens however, will generally produce a much clear and crisper picture than what a zoom lens can.

The Purpose Of Using A Wide Angle Lens
A wide angle lens will offer the complete opposite result of what a telephoto lens will because nearby objects you want to shoot will appear much larger than they actually are. Also, those seemingly faraway subjects or images will appear a lot smaller as well.

Wide angle lens will be ideal and suitable for taking expansive landscape type of shots such as a scenic horizon. Wide-angle lenses will also allow you to include a lot more ‘picture’ in a scene, so it’s a lot easier to be able to fit groups of people into a single frame.

Knowing The Aperture Ratings Of A Zoom Lens
If the aperture happens to be smaller, the less that your photo or image will be in actual focus. Thus, the bigger or larger the aperture, the more of your photo or image will be in focus. Zoom lenses will often feature a large range of maximum apertures, which will express the maximum apertures for wider as well as the narrowest focal lengths. Lower apertures will always allow for better images when you are in low light.

Protecting Yourself From The Brand New Mobile Security Hazards

How To Make Your Website Mobile Device User Friendly