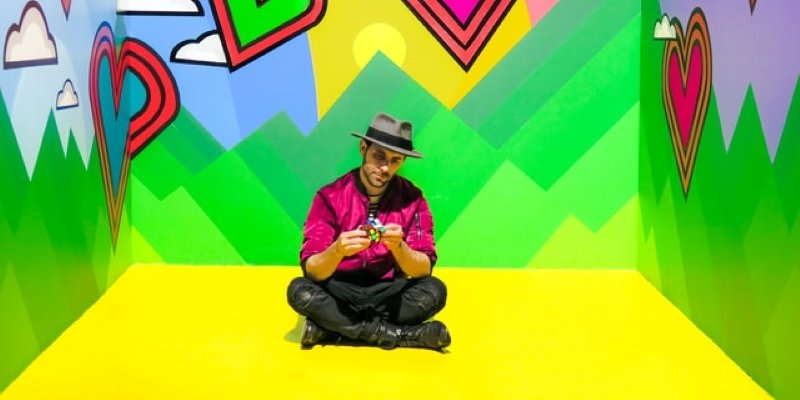 We humans spend inordinate amounts of time waiting in line, fiddling our thumbs sipping coffee, bored while waiting at the dentists office. During these times we watch others, as there is usually nothing else we can do. So we judge the actions of people.

Invariably, what we do is study their exact movements, nuances, this to pass the time. What we do is critique those who are in our space, in our field of vision.

We instantly decide whether they’re smarter or dumber than us, prettier or more handsome. We debate if we would like to meet them. Are we or are they out of our league?

What we do is create a storybook about them, what it’s like to know them, this strictly on how they present themselves.

This is based on their facial expressions, how they sit or talk, what they’re doing, as our inner detective analyzes all of their actions.

What we have is this innate ability to draw conclusions about others from their posture, their subtle actions, all usually on instinct. We begin to create clues on who they are, even without ever knowing them or ever wanting to.

Experts claim some has this down to a science, so why not take advantage of better people watching.

This by refining your skills in areas where you can place more attention on, this by knowing what to look out for once someone dares to inhabit your personal space.

The first thing you’ll notice is what they’re wearing, particularly their attire of the day if they’re not huddled in their raincoats.

Everyone has a favorite piece of clothing, such as an old t-shirt, hat, or sports regalia, telling everyone who they are or where they’re from.

This could be they’re home town, their favorite sports team, college campus, regardless a scream out to their identity. Look at me, I’m unique.

By they choosing to dress themselves in this fashion that day, they’re announcing to anyone who cares, this is the story of me I’m wanting to portray.

There are those who’ll don designer duds, showing off they’re affluence or trendiness.

People will reveal their identities for everyone to see, that they’re hip, cosmopolitan, or sophisticated.

Another indicator are tattoos signifying how radical they’re identity is, this in a more distinct manner. They’ll honor someone or something, their personal brand on permanent ink.

A tattoo is an eternal stamp on the body, meaning they’re serious about their stand or uniqueness.

How people act indicates how they feel about themselves. Effortless good posture, shoulders pinned back, head held high, that swagger in their walk.

What this communicates is they’re cocksure, strong, and extremely pleased with themselves. There’s nothing to hide.

It’s also possible certain people will convey a sense of haughtiness when holding their head high, so that their arrogance looks down on others.

Conversely, those who slouch pretending to be texting, looking down or away, shuffle their feet while walking, tells the world they’re insecure with self-doubt.

A person who may have narcissistic tendencies, usually reveals themselves by their extreme attention grabbing dress, extreme grooming and loud presence. From tip to toe, they scream out loud.

What they’re telling the world by their appearance is they’re better than you. They consider themselves worth every second they spend grooming themselves.

How people appear is what their emotional state of mind is. This is reflected on their face, their gaze, as you calculate what their feelings are from their stance, how they walk, the command of their hands.

Those who are nervous will fidget, shrug their shoulders, jerk their head from side to side.

They may clutch their purse or briefcase, or cross their arms, symbolizing they’re protecting themselves from harm.

Stress also shows similar signs of angst, appearing like they’ve got the weight of the world on their shoulders, and they will sag accordingly.

Their state of preoccupation also carries over in their obsession with their smartphones, for instance, instead of watching people around them.

Those who are depressed or in a bad mood, will present themselves with a permanent sad dour facial expression. You can monitor their state of emotion by how slow or awkward they walk.

When depressed, what most don’t feel like doing is moving quickly, and that’s reflected in their gait.

Those who are happy with themselves and in a good mood, will gallop around briskly, revealing a subtle skip in their step.

One of the personality traits of agreeableness is a general aura of friendliness, an air of warmth, the ability to roll with the punches.

Those who expresses these traits, will do so by displaying it in their nonverbal behavior and actions.

What they’ll do is smile at you, hold the door open for you, allow you to go ahead of them in a lineup.

What they have is a way of displaying a genial method of ambling around comfortably in their environment.

Those Who Are Extroverted

Extroverts are apparent everywhere you look. They’re always ready to engage with others, they hate being alone, as they regenerate energy by becoming stimulated from their immediate environment.

They’re the ones who’ll engage in eye contact without hopefully being creepy, and try to initiate conversation with anyone who passes by.

Instead of playing wallflower, they’re experts at “working the crowd,” this whether at a party, at work, or walking down the street.

They’re always ready to pounce and engage their friendliness on you, whether you like it or not.

Extroverts will dress like a peacock in heat, brightly, so everyone will notice them.

What most will do is dress according to what their mood for the day is, while extroverts will wear their personality on their sleeves, as their attire will be loud at all times, regardless of how they feel.

5 Signs You Are A "Think Out Of The Box" Innovator