A Short History On The New Knowledge Information Revolution 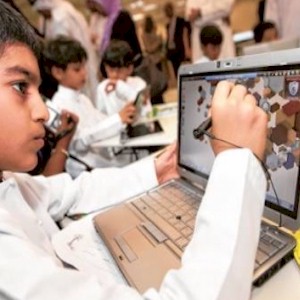 Thousand years ago, our forefathers who grunted while roaming this same earth were nomads looking to survive another day. They carried around their few precious possessions on their backs, their sole purpose being to hunt for gathering food.

What eventually evolved was the first revolution, the Agricultural Revolution was born where groups of people began to settle down in habitation, attaching themselves both physically and emotionally onto specific plots of land for plans to stay and protect.

This evolved into they beginning to grow their own food on the land, while also starting to domesticate animals for food. This pattern of human existence then led to enormous shifts in demographics.

It took another few thousand or so years before the next revolution occurred, the Industrial one. What the Industrial Revolution achieved was separating raw materials, and finding means of organized production from the land.

It also created the need of having an educated organized workforce. This revolution brought forth the formation of cities which supplied workers to these centralized factories, while providing mass education systems. Because of the industrial revolution, people then began to have more free time on their hands.

Entertainment For The People
Another new sub-industry was born as a result, one where new institutions sprang up in an effort to satisfy what was the insatiable desire of humans to have entertainment and leisure activity in their lives.

Today, welcome to the Knowledge Revolution, the latest one, the one that we live in currently, known as the Information Technology Revolution. What it’s doing is leading towards a global economy which will be based on the accumulation, the processing, and the distribution of information.

Welcome To The Knowledge Information Revolution
Anyone and everyone can participate. For those who wanted to participate in the previous two revolutions, large amounts of capital were needed. Where the capital was amiss, force was utilized to obtain raw materials, land, capital goods, and the other means of production, including cheap labor such as slavery.

The latest revolution is different. All that’s needed is a good idea, some basic technical knowledge applied to a cheap infrastructure. This revolution is open to anyone, as teenagers become millionaires in their garages, as this is how Microsoft and Apple were established.

It doesn’t discriminate because of age, gender, or race, it operates in a borderless world with no boundaries. This revolution is the great equalizer available to everyone.

The Beginning Of This Revolution
This the first time in history that the raw materials, all production processes, the finished product, marketing, and the distribution channels are all the same, on an equal level playing field.

Software that’s written on computers using programming languages manipulates electronic bits in a virtual environment. The production processes is the binary code, the raw materials are the mental algorithms that’s translated into electronic bits, and the channels of marketing and distribution is the Internet. They all share the same basic elements and components.

This is the reason why technology is so cheap and fair. This is why the products of this latest revolution can be disseminated so easily. The process of manufacture and distribution have become mundane, this rather than arcane operations.

The Influence Of The Knowledge Revolution
Unlike those who were unaffected by the other two revolutions, this latest one, there’s not a single human who’s not somehow influenced by it, as it’s the biggest most significant revolution of them all.

We’re all exposed to radio and television, computers and smartphones, the Internet. These products and services are now dirt cheap and are becoming more available and accessible by the day. This new revolution is all encompassing and completely pervasive.

The Binding Of Economic Development
This is the very first non-mercantilist and non-colonial phase of evolution that’s occurred in human history. All of the economic activity in the past involved the importation of raw materials at low prices, from the exact markets which absorbed the finished products at much higher prices.

This form of exploitation eventually became extremely difficult to do. Today, it doesn’t matter where the goods are produced or how. The thin line between raw material and finished product are blurred, that the old distinction between colony and colonizer has vanished.

It now doesn’t matter where you are in the world, what matters more is knowledge. The biggest global economic premium is placed on creativity and innovation, improvisation, and having the entrepreneurial spirit.

These new commodities are now completely virtual, and are equally and abundantly available to all the countries of the world whether poor or rich, developed or not developed.

The Borderless Knowledge Revolution Is Here
The old economic concept of an evolution, from the agricultural to the industrial ones, to service economies, are now being replaced. What this new breed of economic thinking does is it encourages countries to move from the agricultural phase to this latest one, the Information age.

As a result, there are now close to 35% percent of the once underdeveloped countries of the world who have now leaped forward and skipped the industrial stage entirely, and straight into the age of information.

These countries were once naturally under privileged, some being isolated or severely overpopulated, who managed to get involved in this unfolding revolution.

The Shift Is Now Complete
The shift from the industrial to the information age is more of a shift from dealing with reality to dealing more with symbols (binary code). The techniques which are used to manipulate these symbols are exactly the same, this regardless of what the symbols are.

If a country happens to be successful at developing trained operators of these symbols, it they know how to manipulate this binary more efficiently, or operate and transform this language, it then converts to the biggest symbol of them all, which is money.

The more that individuals become adept at processing information, the more swift they’ll become in financial transactions, this in the form of attracting new investments. Welcome to the Knowledge Revolution, we have cookies.