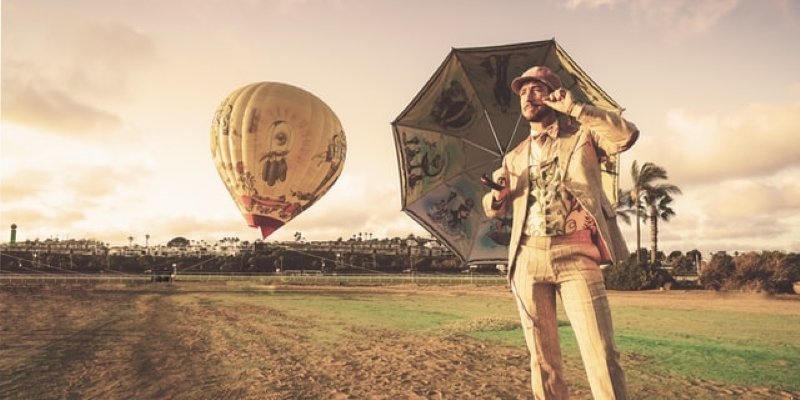 That day will eventually creep up when you suddenly feel old. It could be your 65th birthday when you’re given the golden handshake and retire. It could be once you begin to feel the bones creaking, as you toss and turn at night.

There are some who will claim that 50 is the new 40. The truth being that feeling old, is more a state of mind and body.

It’s not for the faint of heart, although an irregular heart beat may say otherwise.

What’s known for certain is eating healthy, while exercising routinely, has proven to affect the longevity of life as one ages.

What can’t be disputed however, is our natural body clock forever ticks forward, regardless of what you try to remain young.

Attempting to alter biology of the cells has proven futile, while some adamantly disagree by injecting Botox in their face.

This is the reason why anti-aging is a multi-billion dollar industry, as the “baby boomers” become obsessed with looking forever young.

The physical consequences when it comes to aging can also vary among individuals. This includes how hard you’ve worked or partied in your life.

The real problem when it comes to aging for all of us, is our stubborn refusal to accept it with grace.

Life Beyond Our Means

Centuries ago, life expectancy was around 40 years old. Today it’s around 85 and constantly increasing.

During this time, the evolutionary assignment was to procreate to prolong the human species. What most do instead, is just practice safe sex.

Our ancestors, deceased at a young age usually from natural causes, as well as from environmental disasters and illness.

This included the plague, pneumonia, infection or the various pandemics throughout the world.

In our modern day living, medication such as antibiotics and vaccines have eliminated the majority of the plagues and viruses, which wiped out our predecessors.

Living Beyond Our Expectancy

Prolonging life, living beyond the age that evolutionary biology intended, brings a new host of issues.

Modern day issues such as menopause and high cholesterol weren’t that common in the past, because most in the prehistoric age, were in constant fight-or-flight mode.

Our ancestors didn’t have issues with retirement such as old age homes, or a lack of money or pensions.

They didn’t have to deal with osteoporosis, or frequent urination at night. They never had the once I retire, “What do I do now?” questions.

Most work and save money their entire lives, so they could look forward to their retirement. Then they proudly say ”When I retire I will…”

But what usually happens instead, is they develop a sense of uselessness, they fade away emotionally which invites health issues.

The reason because the brain that was once active from a daily routine, doesn’t like sudden change.

You go to work everyday for 50 years, and then all of a sudden you stop, which sends a drastic jolt to the brain and the heart.

What compounds is anxiety their life is coming to an end, which the brain takes as a threat, which activates the triggers for stress regulation.

Although life expectancy has increased, the primitive brain still follows the evolutionary mandates.

The mind quickly goes into alert mode, getting the message that it’s no longer useful and begins to worry.

That it’s no longer relevant as it’s becoming fragile and isolated, which means it’s getting closer to demise.

What survival means to a social species like us humans is to be “connected” at all times to be useful.

So the concept of retirement, forces it to think it’s being separated from the herd, from other humans, which results in anxiety, which invites illness.

Even though the threat isn’t real, the brain doesn’t know any better, and on instinct it treats it as a real danger.

It then has difficulty distinguishing between what’s real or not, as “old age” diseases sets in.

What The Brain Perceives

The battle of retirement begins, as perception is based on how or what we feel when it comes to ourselves. What also matters is how we see ourselves in the eyes of what others think of us.

For someone growing older in a society that cherishes youth, it becomes a stark reminder they’ve become ancient and irrelevant, which causes stress.

What stress does is depletes the natural serotonin process, giving way to grumpiness and depression.

To Reflect On Life

What older age forces us to do is look back at our lives, rather than looking forward to a bright future in a wheelchair.

What the anxious mind then dwells on when it comes to reflection, are the choices they made in their life.

Since stress is a negative emotion, what one wonders is:

• Was I good person to others?
• Was my ego too big?
• Have I been a honorable and an honest human?
• Did I make a positive difference?
• Did my life even matter?

The personal demons that accumulated will first pounce and reveal their deepest fears, exposing all the bad deeds done, as karma becomes a threat.

Then like a guiding hand reaching out of the sky on Sunday morning, what’s granted is forgiveness, which allows the distraught to sleep like a baby.

It dissolves into a sea of hope, as regret washes over ones spirit, much like a crashing wave over their headboard, as the tides of gratitude becomes persistent until day breaks.

We all have regrets. Even the saints of the world will ponder on the choices they’ve made, wondering if they could of done things better.

Everyone wonders if they made the right decisions in their life and how they can resolve the mistakes.

Instead, just accept your life as you lived it, because there’s no proof to the contrary, or you can go back and change the past.

Let it go, because like bell bottom jeans and the 8-track tape, the past is over although some of it was dreadful.

The past is the past and it’s never coming back, it’s ancient history that rarely rewrites itself, so you can’t change it.

What’s important is you’ve hopefully discovered yourself, and you found peace with your life.

What matters is you’ve resolved your existence, and you’re now up to speed. Your mind is now living in the present.

So just love and accept who you are, as everyone is living a parallel life. Don’t allow aging to burden the joy, of a life well lived.

How To Escape Becoming A Working Stiff By Avoiding Job Burnout