At What Point Should Your Kids Begin Acting As Adults 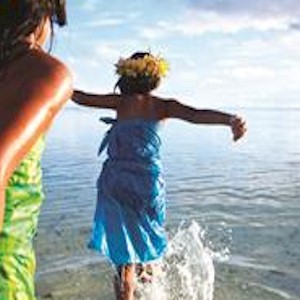 Some children unfortunately have their youth swept away from under them, forcing them to make executive adult decisions much too early in their lives. So the question remains at what age of life should these adolescents begin laying out their own adult path.

There’s this awkward and aloof period which is known as adolescence, which can be uncomfortable to the point of embarrassment. A stage which floats between the freedom of a carefree child to being a fledged adult making life altering choices.

It’s always during this transition period when these young adults will begin to rebel against society, their parental beliefs, cultural upbringing, and their biological expectations. They attempt to make their own unique stand on life.

For instance, some will decide school isn’t for them, become sexually active much too early, get married against parental approval. The biggest concern is perhaps the reality that some cultures or societies will force their children to make these unnecessary choices against their will, such as a prearranged marriage.

The Gender Gap
In the industrialized world, there are distinct differences in gender which develops as the boys and girls enter puberty, this during the phase of becoming a young adult, this especially when it comes to planning their adult life.

Adolescent Experiences Usually Projects Into Adulthood
For the majority of adolescents, the expectations when it comes to their future and their career path, along with how they view themselves as adults, are shaped during their experiences as a child.

What’s transferred forward is how well they do in school, both academically and socially, which influences their educational and career choices, and as a result, deciding to put their life on hold if necessary.

Romantic relationships at an earlier age, along with parental expectations can significantly influence some to consider marriage and having children earlier in their lives, rather than prolonging the inevitable, this especially for girls.

For both boys and girls entering into adulthood, the life choices that they make will steer the path of their lives, which is strongly influenced by their home, social, and cultural environment.

Girls will naturally think more domestically much earlier by making marriage more of a priority, dreaming of having children earlier in their lives than the boys will. The boys will typically be conditioned on how to support their family, and then groom themselves to do so.

Girls will begin to understand and grasp the necessary tradeoffs that they need to make when making their choices, while the boys will usually take the polar route.

The Expectations Placed On Adolescents
It’s the parents role to place their expectations on their children, having that “talk,” and making it as memorable and motivational as possible. They should be laying out the ground rules and their expectations for their son or daughter.

The expectations to graduate, get post secondary education, get married, have children, assume the family equity, and aid assistance once they become elderly.

For the girls in particular, the early influences in their lives will generally interfere and delay any hopes of post education, as continuing their education usually means bypassing their designated role in society and obeying their biological clocks.

Choosing Their Course In Life
There was a recent cross nation survey of young adults which was based on what they thought was the average age for these adolescents to progress as young adults, and mature into their lives.

According to the results:
• The average age when they thought they were expected to complete their formal education, and then enter into the work force was 21 years old

• The average age of marriage for both boys and girls was by 23 years old, and having their first child by 25

Girls were also more likely to have better grades than boys during the high school years, while displaying more mental and physical maturity, and have greater educational expectations.

There was a strong correlation, as expected, between their parents educational level, as that would influence their children to perform better academically, and as a result their career expectations would be greater.

What Adolescents Are Expecting From Themselves
For those adolescents who had generally better grades and as a result considered post secondary education, considered delaying their transition into adulthood, such as getting married and having kids, until they got that better education.

What’s interesting is that these life decisions and choices were already formed and activated in place when these individuals were as young as 13 years old.

The researchers also stress that the students high school experiences are extremely vital when making their plans for their future, and map routing what they want to do in their adult lives.

What may be more important is the process of the preset templates which shape their adult lives, and when they become activated. The life choices they make, along with influences from their parents, will also affect their ability to activate their plans.

Then It’s Beyond Their Control
The child’s gender and their career expectations can vary based on economic, cultural, parental, and social factors. That’s why it’s vitally important that these adolescents are given the proper resources at their disposal, which can help them in making the right choices when choosing the path of their lives.

The question is whether these resources are made available when needed, this while they’re in school or at home. The biggest crime is depriving them of the proper help that they need, allowing them to make the best possible choice for themselves independently.

If this support chain ever becomes broken, then it’s thought to have the most significant damage and can permanently fracture a young persons life.

The Mobile Developers Predictions Of Where Mobile Is Headed

When Ready To Buy A HDTV Know The Different Options Available