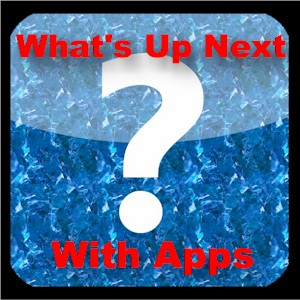 There was a recent large scale forum of software developers, specifically mobile app developers who were asked to predict the path where they thought mobile apps in particular were headed in the near future.

The reason being that anyone who has a prominent stake on the Web, which includes the likes of Google and Facebook, along with others who are involved in online marketing and specifically advertising, are all attempting to find new avenues to monetize mobile as much as possible.

The biggest question yet to be answered is how to attract site owners and vendors to spend their budgets on advertising on the mobile web and their mobility services.

When it comes to mobile advertising, the majority of marketers are still reluctant to go full steam ahead since there’s no track record which is established to gauge consumer preferences, or how to effectively target them, much like they’re currently able to do when it comes to conventional online advertising.

Eventually, this issue will be solved on finding the best ways to profitably market to mobile users. One method may be location awareness, which is expected to be a big part of the solution, although it has it’s own caveats, such as considering user privacy.

All of the mobile developers and the significant players on the Web who are involved in mobile technology, continue to press on with these issues. Which direction it takes remaining the biggest question.

The Future Of Mobile Apps
So the informal yet significant survey based on these mobile developers were queried on what their thoughts were when it came to the future of mobile apps, and where they believe they were heading.

Mobile Expected To Overtake Social Networks In Popularity
The prominence and popularity of social media has given sites such as Facebook, Twitter, and Google to be able to serve billions, and is expected to continue to do so.

However, the biggest jaw dropping news, especially when it came to the financial markets was when Facebook’s initial IPO stock plummeting immediately after they going public, as did their business model, which raised a few red flags.

So because of this, most experts are predicting that it’s just a matter of time when the next great Internet wave will be mobile, and it will eventually overtake social media.

These experts are expecting that the next big start up, will be one that is completely mobile based with a social component, and will be the next “big” billion dollar baby on the Web.

Apps Expected To Go Beyond Mobile Devices
In a few years, it’s predicted that the concept of apps will extend beyond mobile devices such as smartphones and tablets. They’re expected to play a major role in gaming consoles, smart televisions, and new technology such as Google Glass.

These developers also plan on building apps for automobiles, such as the recently debuted self parking cars. One day, sometime in the near future, it’s predicted that there will be some type of innovative app which will self drive these cars automatically by themselves.

This takes out the equation of being distracted while driving. There are however major liability issues of these self driving cars when it comes to accidents. But if there’s a will to make this happen, then it most likely will.

So this raises the question, why is app development for the Android platform on the decline. Although there remains a strong contingent of developers who remain committed to building Android apps, there was a notable drop as some are flocking to the other mobile platforms.

The survey also revealed that there’s a significant lack of interest when it comes to developing apps for RIM’s BlackBerry platform, which is at an all-time low.

When it comes to MS Windows 8, the outlook is more promising since it makes programming for the smartphones, tablets, and the desktops a lot more easier. But even then, unless usage of this platform picks up significantly, and Microsoft driven mobile devices become more popular, Windows 8 app development is expected to remain on the back burner. So as a result, Windows mobility doesn’t appear to matter that much to them as of now.

HTML5 Yet To Be Fully Embraced
For the current developers of mobile apps when asked about their opinion and satisfaction levels when it came to the features of HTML5, the majority of the responses were not that favorable.

Most of them were still on the fence on what HTML5 currently has to offer. There were also some who were completely dissatisfied when it came to the actual HTML5 user experience, performance, and it’s potential for monetization.

Other concerns of HTML5 involved technical issues such as distribution control, fragmentation, security, and the timeliness when it came to vital updates. The only issue which satisfied these developers were its cross-development capabilities.

With these issues still up in the air, this explains why Facebook when creating their app for mobiles, used Apple’s latest iOS native code instead of HTML5.