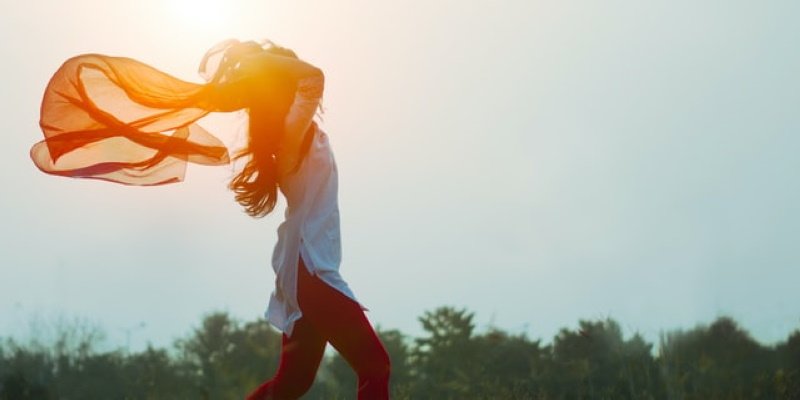 There are a number of theories why we humans begin to age, some more gracefully than others. What’s not known for certain, are the actual scientific reasons why we grow older, but just assumptions. What we know is our bodies are biologically designated to age, so all we can do is prepare for it.

What’s known for certain, is the cells in the body are programed to divide a certain number of times throughout our lifetime.

Once this division process has reached its maximum number of times, our bodies will then begin to decline.

There are also certain genetic elements, which controls the number of these allowable cell divisions.

Another reason why we age, is because of the general degradation of the neuroendocrine system. This is the neurological and hormonal programming that regulates the body.

This process begins to get tired and worn out, making us susceptible to a variety of diseases, making us look older.

We live in a pollutant world, and it’s our body that absorbs these toxins. There are a variety of poisonous waste products we soak in like a sponge, which damages our wellness.

The result of this buildup, is the poor utilization of glucose within our physiological system.

What results is our internal system gets defeated, and begins to shut itself down.

What’s known as a result of all this toxic buildup, is it affects and damages the structure of our DNA.

What also contributes to aging is how hard we work and play in our younger, carefree life growing up.

It comes down to the wear and tear of our organs and limbs, this by working and living hard, which causes our joints and our body parts to damage.

There’s also the free radicals which invades our bodies, which contributes to the aging process.

What just everyday living does, is absorbs these free radical oxidants, which damages the cells and organs, contributing to we looking older.

Then there’s the law of entropy, which is the theory there’s constant movement in the universe, as nothing ever stays the same.

Because of this external uncontrollable chaos, our bodies get caught in this inertia, resulting in aging.

What many wonder is which parts of our body actually ages, as some survive this process better than others.

Aging occurs once our arteries begin to get clogged, our joints begin to flare up with arthritis, our organs begin to slow down and start to wear out.

As we age, every part of our body doesn’t heal as quick as it once did, when younger.

There’s scientific proof, what we have are certain cells in our genetic make up we’re born with, that we’re not able to alter or remove.

How we actually age however, is still primarily up to us, so it’s our responsibility.

The environment we live in, our tendencies, our vices, all contributes or detracts to the aging process.

What’s thought is our inherited genetics, just accounts for around 30% of how we age.

Genetics also plays a smaller role as we grow older. Once we reach 80 for instance, it comes down to our behavioral choices.

So What About Those Genes

There are some who are biologically predisposed, when it comes to the early onset of arterial aging.

What they’ve inherited is a tendency of getting high blood pressure, high cholesterol, become obese, etc.

Others are culturally predisposed to certain diseases, this because they’re introduced to bad food or poor eating habits when younger.

These include taboo foods such as the ones high in saturated fat or sugar, which has proven to accelerate the aging process.

There’s a saying, “You’re as old as your arteries.” Once the arteries become clogged, what’s deprived is oxygen and nutrients that can reach the cells. Once this happens, the entire body begins to age.

It’s cardiovascular disease that’s one of the leading killers among adults, who chooses to continue to eat unhealthy food when growing older.

There are genetic controls in place in your cells, which protects them from becoming damaged. Once these cellular controls begin to slip, is when damaging cells begin to develop.

How you’re able to react, adjust, and condition yourself, this to environmental, biological, social, and psychological challenges, all have a say on how young you look and remain.

What living or working in a hazardous environment, obviously has is a negative effect on your health.

What remaining mindful of your mental state, this by becoming a life long learner, contributes to prolonging life.

So enjoy yourself by laughing, having fun and just enjoying life helps keep you young, as does developing passionate life enhancing interests.

How Men And Women Age Differently

It’s thought men will reach their peak performance, when in their late 20’s. Women will do so in their mid 30’s. This is the period when we’re at our strongest and mentally acute.

This is when our bodies are fully mature and also the turning point when the inevitable decline begins.

Somewhere between the ages of 28 to 36, is where most will hit the turning point. This is the switch from growing up to starting the aging process.

The telltale signs is failing health, such as backaches and cardiovascular issues during this time.

Once we humans reach this turning point in life, our ability to compensate both physically and physiologically, begins to turn.

This can be a momentous event in our lives, as for the first time our mind and body begins to suffer.

Then The Decline Begins

Our physiological functioning along with cognitive abilities, then begins to decline as the birthday candles begin to mount.

What’s thought is our biological functioning, begins to decrease anywhere from 3% to 6% every decade, this once we reach the age of 35.

The good news however this provided we choose to do so, is that certain functions such as mental acuity and IQ, shows no decline, or can at times even increase.

This occurs for those who chooses to be mindful, and consciously wants to improve their life as we gracefully grow older.

How To Clinically Create Miracles In Your Life