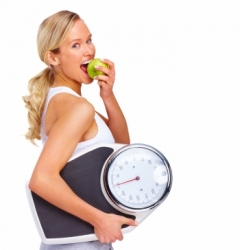 So one of the biggest diet buzzes for a while now has been the HCG Diet drops. It’s fully extended name is Human Chorionic Gonadotropin. So how effective is it for someone who’s interested in losing weight.

There are many who has tried all of the latest and the greatest “fad” diets on the market, and are wondering if HCG falls under that category, just a fad. Can HCG be a workable and effective weight loss solution if you’re wanting to lose ten pounds or more.

So a friend of mine was interested in finding out if the HCG diet really is a good method for losing this type of pounds, decided to give it a shot. She had nothing to lose, other than the weight itself of course.

[ad#co-1]
She was interested in the process of the diet as she was also wanting to lose up to 30 pounds or so progressively. She was interested in losing around 10 to 15 pounds after the initial 30 days of the program while on the prescribed HCG diet, while following the 6 week follow up period as well.

So when she first began taking the HCG drops, after the first initial 30 day period, of which 25 days was on the HCG diet, she was able to lose a total of 14 pounds.

As the HCG diet outlined, she had to take 6 weeks off taking the HCG drops, and then follow up with a regimen of adding calories along with a variety of food groups back into her daily diet.

Although she stringently attempted to follow this exact course of action, it was unfortunately the holiday season, Thanksgiving that ran into Christmas, which is obviously a bad time to start a diet in the first place. So as a result, she didn’t exactly comply to what the diet outlined.

But to her surprise, nearing the end of the six weeks followed the diet, she only added back around four pounds, leaving her just 15 or so pounds from her goal. She couldn’t decide whether she should start with the HCG drops again, or to try more conventional methods of losing the excess pounds.

She decided to consult with the company who produced the HCG product to discuss her options. They told her that their HCG product was an excellent solution for losing her remaining weight, along with giving her the information on how she should be approaching it.

The Steps To Losing Ten Pounds
For anyone whose wanting to initially lose anywhere from 8 to 10 pounds using the specified 26 day cycle while on the HCG diet, other than say 15 or more pounds, you’ll still begin the diet the same way that everyone else will.

The first two days of beginning the diet, you’re still allowed to eat away on whatever food that you like, while you begin taking the HCG drops 3 times a day. Once you reach Day 3 however, you’ll then drop down to a 500 calorie diet as the HCG diet suggests, this regardless of how much weight you’re wanting to lose.

For those who are wanting to lose up to ten pounds or so, and once you reach that goal, which will most likely be sometime in the late 2nd or early 3rd week, you’ll then bring up your calorie count to up to 800 to 1,000 calories per day, this to maintain the current weight that you’re carrying.

You will also continue taking the HCG drops right through the 23rd day, just like you’re trying to lose more weight. When you’re on the diet, you will know that you’re nearing the weight loss goal once you begin feeling a little weak overall.

Once you reach that point, your body should have burnt off the majority of the fat that it can, along with the 500 calories, which is obviously not enough to adequately fuel it.

Second Round Of The HCG Diet
She began her second round of the HCG diet on January 7th. It took her 14 days to lose the last ten or so pounds. After finishing the drops on February 3rd, and the lower caloric diet on February 4th., she did as the product suggested and went on a 800 to 1,000 calorie per day intake, achieving her weight loss goal.

So for the first time in a couple years, she was actually looking forward to the spring and summer looking a lot slimmer and feeling a lot healthier. She was also able to wear clothing that she hadn’t worn in years.

So ultimately, my dieting friend once she began the HCG diet again in January, went on to lose an additional 15 pounds, bringing her total weight loss to 31 pounds.

Some additional tips which she picked up while on the HCG diet along the way were:
• Mornings were usually the most difficult time. Eating just a single apple isn’t satisfying enough to begin your day. It’s okay to also have an egg white instead, just to give you some protein
• Coconut oil along with fat free lotions can also be used. Just keep in mind that you shouldn’t combine lotions with oils
• Make sure that you measure out the 10 drops in a spoon when you’re taking the drops. If you use the dropper and you’re placing the drops directly in your mouth, then you may get inconsistent doses
• Make sure that you drink plenty of water as well as any type of tea. Tea helps you in better digesting your food along with fats which you’re burning off due to the diet.

To follow up, it’s now late October and she has continued to maintain her intended overall weight loss goal of 30 pounds. There has been several times when she put on an additional three to five pounds, but then managed to burn those off again within a week or so. The HCG diet not only helped her to lose the weight that she wanted, but also taught her to eat healthier foods as well.

NOTE: that this is just an opinion of the HCG diet and not an recommendation. Please conduct your own research.
Article contributed by Christa Lopez