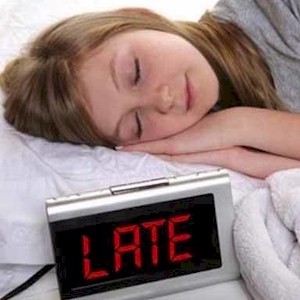 The ease of content contribution on the Internet does is offers a plethora of information, this on practically everything under the sun. The most common is giving out health advice. Anyone with a keyboard can spew out information on the latest health trends, so much so, that the word “healthy” begins to lose its meaning.

What everyone has is their own analysis, this when it comes to their perception of what healthy means. What some will do is actually distort its true clinical definition, as what might work for one person, may not work for someone else, this regardless of how good the product or advice may be.

The key becomes to separate fact from myth, as there are plenty of theories in the quest to become healthier, which might not be as good or as effective as advertised.

Avoid The Scale
Stepping on the scale on occasional is fine, but doing so on a daily basis becomes obsessive and potentially self-destructive, as your true weight won’t be revealed on a daily basis.

What the weight can do is fluctuate numerous times during the day, this depending on your water, salt, and sugar intake, along with bowel movement which can sway your weight a few pounds.

Too Much Sleep
We as children loved to sleep, but then life interfered and sleep became scarce and was sacrificed. What the most common recommendation as adults is to get eight hours of sleep a night.

What getting too much sleep as we grow older becomes ideal for most, but it’s found that sleeping too much can actually be detrimental to us in the long run.

What’s worse is binge sleeping on the weekends, sleeping for 11 hours, thinking you need to catch up.

It just doesn’t work that way, as the sleep that’s lost during the week is lost forever. All sleeping too much does is makes you groggy Monday morning, forcing you to drink cups of coffee.

Diet Myths
Although it’s okay to treat yourself every once in a while, having a designated day to splurge eat can be detrimental to your diet. Allowing yourself to eat whatever you want on one specific day, will force you to restart your diet again the following day.

Sugar substitutes are tempting because they’re zero calories, but what’s substituted for the calories are chemicals, which can often be worse that the sugar itself.

Avoid gluten only when you have celiac disease, which just a few people actually do. Otherwise, going gluten-free doesn’t do anything for you, so just stick to a healthy diet.

Don’t cut carbohydrates out of your diet, unless you have a wheat allergy. It becomes difficult to get all of your essential nutrients, this if you cut out an entire food group such as carbs out of your diet.

Although carbonated water is a better alternative than drinking soda, what the bubbles can do is cause gas and bloating. It’s recommended to just stick with water and lemon slices.

It’s not recommended that you cut out fats entirely, as what the body needs is fat to survive. The alternative is to include healthy fats such as coconut, avocado, or salmon oil into your diet, this instead of processed or fried foods.

Skipping Meals
What some believe is that what skipping meals does is helps their diet, which makes them healthier, this because they’re eating less. What missing or skimping on meals does is causes you to eat more.

What this leads to is eating more than you would have, if you’d just have eaten a regular breakfast and lunch.

Reduced Fat And Fat-free Foods
Once food manufacturers decide to reduce fat, what they’ll often do is substitute it with something else, such as sugar or carbs.

Foods such as reduced fat peanut butter for instance, is actually worse for you than regular peanut butter, this because although it may be reduced in fat, what’s usually added are substitutes or chemicals to make up for the loss in taste.

Unless you have sugar related issues such as diabetes, foods which are sugar-free aren’t better or healthier for you. What most will do is replace the sugar with chemicals, such as artificial sweeteners.

Energy Bars Instead Of Meals
When you’re on the run, and there’s no time for a complete meal, the various energy bars on the market might appear like the best option.

As tempting as the packaging appears, there’s no way that an energy bar can pack all the healthy nutrients that you would get from a real meal. The best option is to prepare your meals ahead of time, instead of indulging in a sugary “protein” bar.

Energy Drinks
What the various brand name energy drinks on the market does is an excellent job in convincing you that the sweat you’ve lost, needs to be replenished with their sugar laden energy drink.

Unless you’re an extreme athlete sweating buckets, the best beverage of choice remains water, infused with lemon or other fruits, which does a premier job in repairing and replenishing your body, better than any energy drink can.

Waiting For Big Meals
What some will do is avoid eating during the day, this so they could have a huge feast for dinner. Realize that mom was right, that breakfast still is the most important meal of the day, and should be the biggest.

As the day progresses, what happens is your metabolism and digestive system slows down, so what you should be doing is reducing your food intake accordingly as well.

Is Becoming Attracted To Someone A Chemical Reaction