Deadline Anxiety Why Writing On A Daily Basis Is Like Homework 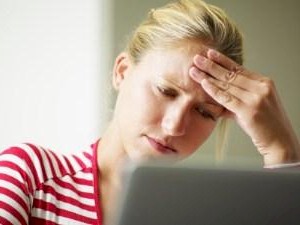 Remember that dreaded homework assignment that’s due tomorrow, and you didn’t have a dog to feed it to. No one really enjoys doing homework, the nerve you say, yet writing on a daily basis is similar to having homework that’s due. This is the starting point when it comes to discussing deadlines, a fact of life when it comes to any Writer from a variety of backgrounds.

[ad#co-1]
Whether it’s a high profile screenwriter who’s on assignment, a member of a successful TV series who needs to add exciting “edge of the seat” twists to a story, or a struggling blogger who’s required to publish a daily or weekly article, they all have that dreaded deadline they need to meet.

But it seems that every writer will view these looming deadlines differently. Like almost everything else in life, for the best one’s at their particular craft, these deadlines hold a completely different meaning. Most of these reasons were also formed long ago, embedded in a writer’s earlier experiences which concerned ideas of performance and expectations.

For most who think they are creative, a deadline can be viewed with the disdain and the pressure to “deliver the goods” on a daily basis. The same expectations which they’ve experienced in school when that darn homework assignment was due.

Or remember those terrifying final exams which you would be continuously cramming for, or some would relate it to trying out for a team sport. Those same exact fears of failure bubbling to the surface, the same concerns which somehow falls short of their own as well as others’ expectations.

That Dreaded Deadline
For most, what a deadline usually represents is that date in time where their long-held belief in both their inadequacy as well as unworthiness is ultimately confirmed.

For those writers, the deadline that’s rapidly closing in is like they being tied to a chair and the loud “tick-tock” of the clock becoming noticeably louder as the deadline nears, or the vibration of the oncoming train rapidly closing in while being tied to the tracks, the hairpin curve that’s upcoming on a narrow canyon roadway. In short, a panic stricken feeling that churns your stomach.

We’re all familiar with the feeling of this “deadline,” and the method which most writers will cope with it. The primary being procrastination, which can be anything from vacuuming the hallways again, watching TV, getting distracted on Facebook, or just anxiously fretting with sweat on the brow.

Those who are experienced in procrastination will spend hours upon hours of just doing “research” on the Internet, or deciding to rewrite over and over again the same passage that they’ve managed to produce.

The point is, the dread and the stress is the same. That potential danger and the shame of self-exposure. The very fear that once something is written and then handed in or posted, the final product may expose them as an inadequate fraud, unentitled and untalented.

But Then The Sunny Side Is
But then on the other hand, there’s a group who views a quickly closing in deadline, despite its stressful anxiety, as an absolute challenge. Those are the writers who feel they need a gun to their head, the prod of a deadline poke to perform, otherwise, they may never be able to finish their work, or even worse, never begin.

This may appear like an acceptable state of affairs, a thought to expand a little further. Often, there may be a bit of “negative reinforcement” when it comes to this type of thinking. Meaning that the writer may feel themselves to be lazy or an unmotivated slacker who’s required to be whipped into shape to be productively compliant by the authority which has imposed the deadline.

Without there being a deadline to meet, these are the one’s who would just go astray. They would just wander around unmotivated and pointless and not bother to accomplish a thing, ever. Deadlines are viewed as an end game, if they don’t get it done in time, something bad will happen, writers doomsday.

A Dummy’s Guide To Deadlines
Regardless of what the majority feels about deadlines, what they offer is the real opportunity to temper the self-critical, or the self-shaming ways which you may view yourself.

So when the next deadline is closing in, take the time out to investigate and then wrap your feelings around it. Look beyond that automatic response of anxiety and panic to realize what type of message that you’re sending yourself.

Are these ways of how you experience deadlines similar to how you felt as a child, or a student who has a 5000 word essay due in the morning. What types of judgment or authority were evoked by these feelings.

Once these issues are illuminated, then writers are able to get the proper focus and perspective that’s required to ease the grip of the deadline closing in on them. Moreover, they’re able to develop better strategies to cope, this based on these understandings.

When Money Isn't Always The Prime Motivator For Employees