Does Unconditionally Helping Others Lead Towards Better Fortune 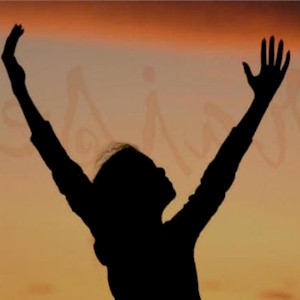 There are certain universal statements for good reason, such as, “Whatever goes around usually comes around.” So if you’re generally nice to people, complete strangers or close acquaintances, then good fortune will invariably shine your way, right? So does that also mean that, if you don’t help those in need, don’t bother doing favors, then your life is leading towards doom.

These are the usual expectations which makes sense when it comes to a variety of social situations, where individuals will return favors, especially when ones reputation comes into question.

But beyond just helping others who are in need, we also expect the almighty universe, the unknown, the uncontrollable, Mr Fate, to comply to the same rules, to somehow reward us with the good unconditional work that we’ve done.

There’s recent research which indicates that when we’re wanting some type of return from the mighty universe, we’ll just need to invest our time and effort into doing a good deed for someone in need.

Good Deeds Done For Free
We have been conditioned to believe that any good deed that we do, we’ll eventually be rewarded for it, and all those bad deeds, intentional or not, are usually punished. If you help a parent or someone elderly do something, the immediate return is a hug, or $20 for your time. Conversely, if you continuously slam the front door, you’ll get sent to your room or get no cookies.

What this is referred to is objective pattern recognition. At times, we’re also forced to believe in comeuppance. This is when good things happen to bad people, or bad things happening to good people.

We think and are wanting to believe that performing hard work and expressing kindness will eventually pay off, that the world isn’t random but in a set order of reward. So, we consciously maintain our belief that we live in a fair justified world through setting up various defense mechanisms.

If something bad ever happens to an individual, we may ultimately blame the victim, or we expect something good to happen to us to balance out the scale. Shaping these perceptions in a method of drawing direct connections between expecting bad outcomes from previously bad deeds.

What happens is that we apparently overgeneralize this association and treat or blame the moral balance as a fundamental principle, and the fault of the universe. So what we implicitly believe in is karma.

Can These Beliefs Be Altered And Formed
What we then attempt to do is alter “karma” to hopefully form or influence what we ultimately want. There were a few experiments that a group of individuals were asked to participate in, which involved their ongoing personal situations, and what they expected as a specific desired outcome. These involved personal issues such as: admission to a particular post secondary school, outcome of a legal dispute, or attempting to get pregnant.

So a set of two test subject groups were asked to describe a particular daily routine that they do. After the test period, they received compensation for their time.

When the first group was asked to perform an additional task without getting paid, just 62% percent volunteered, while the second group was told that they were to receive money for the additional test, there were 89% percent who volunteered.

Charitable Belief System
The subjects who were asked to write about a hopeful desired outcome in their life, overall donated more money to charity once when they were finished, proving that they were capable of good deeds, such as donating money.

The other test group who were asked to write about a personal preference, which they had absolute no control or expectations over, donated less to charity since they had less faith in fate, or not believed in the unknown.

In another experiment, the subjects were asked how much control they had in getting the “job” of their dreams, or if getting a desired job that they wanted was completely out of their hands.

The payment, their name would be entered into a $100 lottery. 47% percent of the participants indicated that a job search was within their control, by they doing diligent research and being qualified, while 53% percent indicated that getting hired was completely out of their control.

The participants from both groups were then asked how much of the $100 they would donate to charity if they got that job. For those who indicated finding a job was within their control, averaged $22 that they would donate, while those who said it was up to the universe to help them find a job, averaged $35. The later group, who would donate more, placed more faith in the unknown, and also felt that donating more could influence this.

Faith In The Unknown
So just to solidify this supernatural concept which is karma, the researchers performed a final experiment. Once completed, they found that the subjects wrote an essay hoping for a desired outcome, used more words such as: fate, hope, karma, and luck, a lot more frequently.

What the ultimate results of these various experiments demonstrated is that there’s a certain social benefit in believing in the magic, that things happen for a reason, which is usually out of their control.

There’s an implicit belief that most believe that “Karma,” for instance, keeps us on better behavior, even if there’s no one looking or listening. They believe that the universe or a greater power is always forever lurking, and that it also never forgets a debt.

When The Economy Gets Tough The Tough Learn To Strategize

How To Build A Better Brand By Tapping Into Social Media