How To Handle Scathing Criticism Directed Your Way
Skip to content 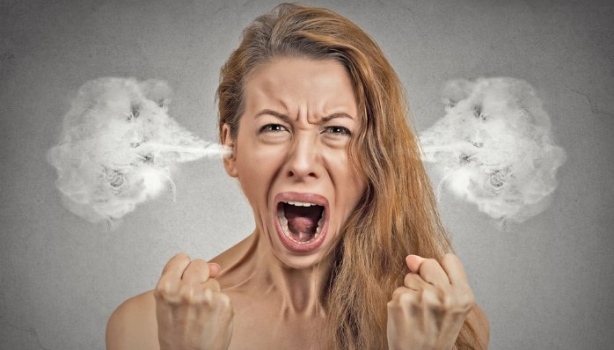 Do you go into “pout” mode, once you find yourself on the receiving end of some scathing criticism, even if you deserve it or not. All while you have no problem dishing it out yourself.

Some of this criticism might be constructive, misplaced, perhaps even slightly mean spirited or playful. But it stings on the ego all the same.

Logically, you know we humans are prone to mistakes, including yourself. But you think you’re immune, so you would rather believe you’re free of it, or don’t deserve it.

Eventually, once you’re constantly told or reminded, it’s only human nature to instinctively begin believing and viewing yourself in the same way others see you.

What this often creates, is not a very pretty picture of painful cognitive dissonance, that most of us know all too well.

No one really enjoys or are wanting to be criticized, be judged, or verbally told to do something.

We want to imagine we’re free of flaw. But in reality, we know no one is perfect.

No One Is Ever Perfect

How the majority of us seek to resolve ourselves when it comes to criticism, is by avoiding, deflecting, or discrediting it, whether it’s true or not.

We don’t enjoy criticism directed towards us, or receive undeserved judgement about anything which emanates us. This could be the work we do, our material possessions, our opinions or our lifestyle.

We often become angry, once any associated groups we’re emotionally attached to and identify with, such as a favorite sports team, comes under any type of scrutiny.

Criticism Should Be About Getting Better

Deep down we know criticism, much like failing at something, also gives us the opportunity for self improvement.

If no one bothers to tell us we’re doing something wrong, we’ll then mostly likely just continue doing the same thing, over and over again, going down the same path of error or annoyance.

This is why any external judgement which can sting us, is a good thing.

Certainly, we don’t want to hear it, and will avoid it at all costs, including initially denying the fact it’s most likely true.

The verbal slap of criticism also provides the impetus for examining ourselves with a critical eye, so we can then make a positive change usually for the better.

After all, feeling bad once criticized, even just a little bit, gives us the incentive to consider the criticism on its own merit.

What We Need To Ask Ourselves

It comes down to two issues we should be asking ourselves once someone criticizes us, whether we like it or not:

1. – How are we able to prevent ourselves from dismissing the criticism before we even have an opportunity to evaluate it, and
2. – How can we effectively determine what’s a valid criticism, and what’s an invalid criticism

Placing the almighty ego aside, this is how you should be managing any criticism directed your way:
• Never Respond To The Criticism Immediately
Your first initial reaction and impulse should be based on wanting to preserve your self image. Most will fail at this. You can always…
• Reconsider The Criticism More Logically Later
Just because you rightly defended yourself against whoever dared to criticize you, it doesn’t necessarily mean you should dismiss the criticism, or just forget about it. But to do this, you need to…
• Spend Time To Continuously Improve Yourself
You need to establish this as a habit, and find the time to do so, by having a honest dialogue with yourself. This will give you the opportunity to consider the criticism based on its own merits. This is when you ask yourself…
• What If The Criticism Is True?
You need to honestly ask yourself this question, strictly as a hypothetical, and then begin to explore its implications

What you need to do, is determine if the criticism is valid, or if it’s completely bunk or just mean spirited. Just as any hypothesis which is scientific, it needs to be validated for truth.

If you acknowledge the criticism is indeed true, then the claim should be able to predict or explain certain things.

For instance, if someone says you have a bad temper, then you should be able to account multiple instances when you’ve lost your temper, and then later regretted it.

Also, if these instances occur sometime in the future, and if the criticism accurately predicted this future behavior, then that’s a sign you should take it seriously, and as valid.

At times, it helps to evaluate these scathing criticisms more objectively. Begin by visioning yourself much like you would be watching a movie or video of yourself.

This so you can get a better judgement of your actions, seen through the eyes of someone else. What that should do is motivate you to take the criticism seriously, and face the consequences if you don’t.

For instance, if someone threatens to leave you or can’t trust you if you don’t resolve your anger issues, you’ll then most likely take the criticism a lot more seriously.

So generally, even though you may lament facing the consequences of ignoring criticism which is true.

Those consequences, similar to the wrath of the criticism itself, can also be your ally, which should then motivate you.

The reason for this, is because the actual threat of the consequences that can potentially happen, will force you to make the changes you’ll most likely need to make.