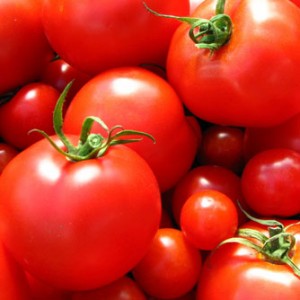 There are some every day foods which are available from your local market that can do wonders for your brain, which goes far beyond supplying just the basic nutrients.

They’re also able to properly maintain your body functions by keeping your faculties in optimal condition, helping you fight disease as well as common disorders such as memory loss, the aging process, and cardiovascular disease.

They’re also becoming the most talked about popular foods which some claim has the power to heal, much like supplements or prescription drugs can. These are known as Functional Foods, which some are claiming are powerful enough to blur than line between what’s food and what’s medicine.

On a daily basis, researchers are continuously discovering the greater benefits of these everyday foods which possess these bio-active components that are able to potentially reduce the risk of chronic diseases as well as improving and growing the quality of ones life. These selected foods are proving to have a much greater impact on bettering health than previously thought.

Some of the foods which are listed has better functioning power than others. Here is the list of the newest superstar foods when it comes to effectively maintaining better overall health.

Salmon The Super Seafood
Salmon, similar to other cold-water fish, are extremely rich in the much needed Omega-3 fatty acids, which has multiple benefits when consumed. Omega-3 is known to lower the risk of heart disease for starters. It’s also incorporated into the membrane of the body’s nerve cells, keeping them supple while facilitating the easier transmission of information between cells.

Spinach Does Make You Stronger
Popeye was right. Spinach contains antioxidants as well as natural vitamins which are able to fight off the cell-damaging effects which occurs with the aging process. It’s also able to lower the levels of homocysteine, which is an amino acid that’s a normal component of proteins. When there’s excess amounts, it’s thought to damage the blood vessels thus increasing the risk of heart disease, predisposing to blood clots.

Is It Tomatoe Or Tomato
It’s all about those much needed naturally occurring antioxidants along with valuable vitamin C. Tomatoes contain lycopene, which happens to be an extremely important antioxidant that’s known to reduce the risk of prostate along with other cancers. Cooking the tomatoes may actually help in releasing yet more lyocopene. Tomato’s also contain ferulic acid, which is another well known antioxidant that empowers the body by boosting the effects of other antioxidants, which successfully reduces the effects of the aging process.

Have A Cup Of Green Tea
Steeped green tea is loaded with antioxidants which is able to fight off certain diseases. It can battle inflammation in the body which is associated with and contributes to heart disease. It also helps the cells in the body communicate a lot more effectively among each other, while other studies show that green tea can reduce the levels of sugar in the bloodstream, which prevents diabetes and cataracts.

Why I Love Curry
Recently discovered as a new source for better brain power. The particular extract which is commonly resident in curry, turmeric, is now realized as an extremely powerful antioxidant which possesses anti-inflammatory powers. A diet which is rich in turmeric is thought to be the reason why Alzheimer’s along with other forms of dementia occur a lot less in South Asian countries such as India, than does in the Western world.

Give Me More Grapes
The well known antioxidant found in grapes is resveratrol, which is present in red grapes and believed to be the explanation for the now famous French Paradox. This antioxidant is thought to be the reason why the French are able to consume abundant levels of fatty foods such as cheese, yet still maintain lower incidences of heart disease.

The Truth About Blueberries
Blueberries are an extremely rich source of a particular potent antioxidant which is known as anthocyanins. There is now proof that a diet that’s rich in blueberries preserves better memory as well as improving motor functions, while reversing the aging process. For those individuals who are getting older, it’s also thought that this particular berry aids in better coordination and balance. Since the antioxidant properties also affects the cell membranes, it improves the functioning of the nerve cells as well.

Barley And Oatmeal
These foods which are rich in fiber helps the body in maintaining a steady natural supply of glucose. Glucose is the sugar which is the brain’s main source of fuel for energy. What these foods are able to do is help in maintaining mental energy, fight off cholesterol and supply blood sugar to the cells as well. These grains will also boost the production of key brain chemicals which are associated with retaining better memory.

A New Quicker Computer Depends On Your Hardware Choices