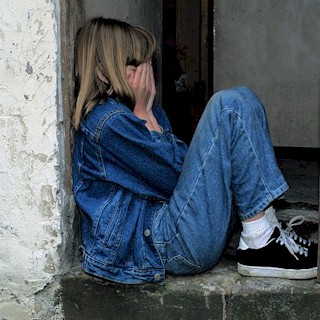 Who said that this institution called marriage, will enrich the lives of those who are. This to some sounds like a fairy tale that transforms into a horror show. There’s peer pressure especially for women to get married, this to fulfill their expectations, to procreate, to prolong the human race.

Most agree that the purpose of marriage is also to enhance one’s life, while extending their sense of meaning, gratification and purpose. But what real life presents, is this sanctuary that is marriage, can at times result in disappointment, if not outright failure. What marriage often becomes is the core reason for one’s unhappiness.

One fact that you can’t ignore, is than one half 50% of all marriages now ends in divorce, but realize that’s not the real problem.

The bigger issue is those who chooses to remain married, but are extremely unhappy. What many will choose is to regrettably stayed married, and do so for a variety of reasons.

No Future In Sight
To remain discontent while feeling lethargic in an unhappy marriage, blunted by the vision there’s no hope or escape, can become downright depressing. Yet many will resign themselves to live such lives.

Most individuals who finds themselves in this predicament, won’t bother improving their relationship. They’ll remain stuck and unhappy, this because of fear. Divorce to them is scary, although they see it as a solution for happiness.

Fear Of Fear
Fear is the greatest persistent impediment when it comes to growth in our lives. Ultimately, most are literally afraid of speaking or sharing their true feelings with their partners. They’ll instead go in silent or angry mode, this rather than exposing their vulnerable feelings.

Everything they fear has them paralyzed. The fear of hurting their partner, or being hurt themselves. The fear of losing passion, intimacy, or respect. The fear of divorce and being alone, and starting life all over again.

The majority will stayed married out of fear, while the emotional paralysis further damages the relationship. Staying together because of resignation, because of being afraid, becomes an enigmatic dilemma.

In A Stagnant Place
These individuals won’t consider divorce, although they’re firmly convinced that their marriage is at a dead end and won’t improve. So they give up and won’t bother working on the relationship. This becomes the worst possible scenario.

Most in this state needs to address their fears. The fear of divorce, although they know happiness is on the other side. What results is a state of inertia, festered with stagnation and frustration, making the mediocre marriage worse.

To Work Of Out Fear
Attempting to move out of the chronic state that is fear, is when marital therapy begins. Trying to process the fear of divorce, isn’t needed for the purpose of getting divorced, but rather for clarity. Ultimately realizing that they’re remaining married for all the wrong reasons.

What fear does is filters our perceptions, while participating in constructing our reality. The way that you see your spouse becomes clouded by your emotions, particularly anger. This anger is a result of you feeling mired in a hopeless marriage, one that has no happy ending.

What getting unstuck does is permits you to either develop a healthier relationship, or to just move on. Either choice is better than just remaining unhappy and stagnant, offering no glimmer of hope. Fear shouldn’t be the motivator in your choice.

What it ultimately comes down to, is how much happiness that you personally feel you deserve. It’s not selfish to be happy.

To forgo your own contentment, does is becomes an example of unhealthy self-sacrifice, this especially if you have children. They’ll also most likely suffer from self-esteem issues, this because of you betraying your parental obligations.

What About The Children
One prevailing theme that’s common when it comes to getting divorced, is the children. What many will do is build up substantial argument to back this concern.

By all means, the upheaval of the children’s lives shouldn’t be taken lightly, as the divorce process needs to be delicately handled, this by navigating them through the entire process, by showing empathy, insight, and perspective.

What most won’t consider are the consequences of their children growing up in an unhappy home, while pretending everything’s fine. They’re the first casualties and witness of their fighting parents who dislike each other, while denying it.

What children will do is model themselves after their parents. What parents ultimately want is to shelter their children, but what the statistics show, is that they’ll attract similar partners and marriages.

What’s worse, is that some parents deny or ignore that their kids know, that there’s something wrong with the marriage, this by continuing the charade that everything’s fine, when things obviously aren’t.

At the very least, the kids should be told that the marriage isn’t working, and that they need to understand the reasons for failure, so they could avoid the mistakes when they themselves plan to get married.

A Legacy Of Being Unhappy
This isn’t the legacy that you want to leave your children. Parents need to model a degree of authenticity in their lives. A life where all the challenges and struggles are met, while not succumbing to fear. That’s the least parents could do for them.

If you choose to remain married, then commit to it. If your marriage happens to preclude the opportunity for happiness, then have the strength to face your fears.

Don’t ever claim that you’re protecting your children, this by exposing them to an unhealthy volatile relationship. Face your fears and embrace them. If you choose to stay married or ultimately get a divorce, do so from a healthy place, and not because of a deprived joyless life.