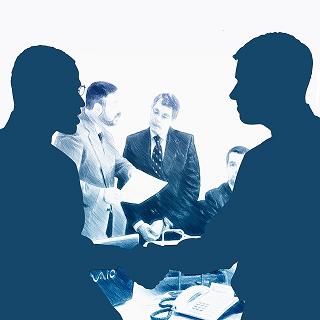 Most dread going head to head with someone, to exchange wits with a foe, who’s usually more experienced to negotiate what they want or think they deserve. This to either save money such as buying a new car, or when attempting to make more money, such as negotiating for a pay raise with a frugal boss.

The process for many is excruciating, as personal boundaries are often exposed or attacked, such as “you don’t deserve a raise because you’re incompetent.” You need to standup and defend for yourself, to the person you’re negotiating against, where you usually have more to gain than they do.

Most people are cooperative, they value interpersonal harmony and don’t want to disrupt, ruffle feathers, so they feel uneasy when negotiating, standing up for themselves and asking for something.

They fear that the bargaining process could potentially precipitate hard feelings, which opens the door to conflict.

What many don’t realize or appreciate is that negotiation is a fundamental necessary process, a traditional form of verbal warfare, that’s needed to improve the quality of lives.

Negotiating becomes a battle of wits, can become personal, as there needs to be some type of compromise. Each party usually gives up something.

Need To Give More To Get
Never focus all your attention on the bottom line. If that’s the case, then you’ll be exposed, and that bottom line won’t change. Instead, think tactically regarding your goals and expectations, and how you can attain them. Always have options.

If you focus directly on what you want, and then offer and justify the reasons why, then eventually that bottom line will shift.

For instance, what everyone eventually asks for is a raise, as everyone wants to earn more money. Your boss is expecting this, so what they’re prepared for is to negotiate.

Every employee will eventually approach them, so your boss is ready. Since you rarely ask for a raise, you’re instantly at a disadvantage, as what your boss has is more experienced than you, beginning by they lowballing you.

However, if you can justify why you deserve a raise, this by telling your boss that you’ll take on more responsibility, this by formally assuming more managerial or leadership duties, your giving valid reasons.

By “formally” exchanging increased responsibilities for a raise, you’ll have a better chance to receive that increase in pay, this commensurate to your newly expanded job description.

Have An Alternative Plan
Negotiations rarely go as planned, and if they do fall apart, what you need is some type of backup plan. If you really need to keep your job, as there’s no other source of income, then there’s no point of negotiating aggressively to begin with.

If you can’t afford to walk away from the negotiating table, then you’re not able to say “no.” If you have an alternative plan however, you’re then in command.

Say you have another job offer that pays you more, should you ever decide to leave your current one, then you can say “no,” this to strengthen your position.

Get Advice Or Backup
If you’re going head to head against someone who’s a highly skilled negotiator, or need to face a group of negotiators, then it’s advised you get counsel, or hire a suitably aggressive person, this to represent you and your interests.

This could be an independent agent, or someone more capable from your negotiating team. For instance, if you’re in over your head and provided you could afford it, then you could hire a contract lawyer, this to help negotiate or defend your contract.

Negotiate For A Reason
When negotiating, think about the cause or the people whom you’re representing. If you’re attempting to negotiate a promotion, think about how that extra income can help your kids college fund.

What you can also do is tell someone about the negotiations. What research also shows is that people will negotiate more assertively, this when they’re in the spotlight and being watched.

This effect can be created by telling your coworker at your workplace about the negotiations, and keep them in the loop.

Present Them With Facts
Tell who you’re negotiating with that they need to do better “because,” and then give them valid reasons why. By nature, most people are accommodating and will tend to agree, this provided that your reasoning is plausible.

What’s recommended is coming up with a solid reason, a valid rebuttal on why their offer isn’t good enough, and won’t do. Any reason that’s genuine will suffice. The better that the reasoning is, the more convincing you are.

Most will usually comply, once they’re presented a valid airtight argument that supports your position. Say you approach your boss for a raise, and they offer what’s less than what your coworkers are currently earning in your workplace, or in other organizations.

You can reject their offer, or counter it by saying, “You need to do better than that, because others who are doing the same job, are getting paid more,” and then show them the proof.

Ultimately, to be successful when negotiating, what you need is to appear confident and comfortable with all the strategies and tactics that you’re using, while acting natural during the entire process.

If you don’t appear completely confident while negotiating your cause, then it will show, and your request may be rejected or fall apart. Also, never settle for an oral agreement, this by always getting a commitment in writing.

9 Beneficial Essential Oils And How They Improve Health