Find Out If You Have Any Of The Following Eating Disorders 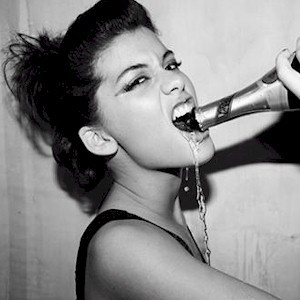 You can blame the majority of eating disorders on the media and peer pressure, when how we look is automatically blamed on what we eat. These various eating disorders affects everyone from all backgrounds, as women need to be thin and sleek, and men buff and tough.

The clinical definition of an eating disorder is when one has adopted an abnormal eating pattern or habit which becomes detrimental to their body and health. The best known and most publicized are bulimia nervosa and anorexia nervosa.

Any form of eating disorder can be triggered by a variety of reasons under many situations. One of the main factors is being accepted as children from our friends, and the eating disorder continues into young adulthood. Certain eating disorders, such as pica and binge eating, appears to affect all individuals regardless of their background or status in life.

The effective treatment becomes extremely important, as prolonged suffering will eventually transfer into a myriad of symptoms and health issues which harms the body.

The most obvious being unhealthy weight loss or weight gain, deficiencies in nutrition, thus contracting major illness or disease. If you think that you yourself or someone that you know is suffering from a particular eating disorder, it’s advised to get professional assistance.

The Most Common Disorders When It Comes It Eating
Visiting The Washroom After Meals
Bulimia nervosa is a well publicized eating disorder. Bulimics will go to the bathroom and and will purge their food directly after a meal. This is done in a variety of ways, the most typical being throwing up the food or abusing laxatives.

They’ll appear to eat their meals normally, or they may purposely overeat. One clear indication of a bulimic is going to the bathroom right after eating a meal. Bulimics will usually complain of suffering from the stomach flu or cramps to explain their actions.

Skipping Meals On Purpose
Known as anorexia nervosa which is perhaps one of the most well known of the eating disorders, the reason being the signs of this are extremely outwardly obvious, they become rail thin and pale.

The individuals who may be suffering from anorexia nervosa will display symptoms such as having extremely low body fat, poor skin along with limp lifeless hair. Severe cases can lead towards organ failure.

The anorexic person will skip meals, claiming that they have previously or just eaten, or plans to eat shortly. Other signs include they planning their visits directly after lunch or dinner, so they don’t have to share meals with someone.

Constantly Going To The Gym To “Burn Off” Their Meals
Which is known as anorexia athletica, a condition when individuals become obsessed with burning off all of the calories that they just ate by exercising.

They’re usually fanatical about their fitness and health, while getting obsessed with the latest food trends such eating gluten free or eating strictly organic foods.

One sign of this disorder is when individuals complain about how long they’ll need to exercise to burn off all of the calories from their latest meal. Then they’ll compulsively spend hours working out or running it off.

Overeating To The Point Of Getting Sick
Referred to as binge eating, this is another common well known eating disorder, also known as compulsive overeating. Sufferers will routinely overeat on usually unhealthy foods such as mall fast food, high empty sugar foods, and fatty foods.

Then immediately after eating the large quantities of the food, the individual then feels shame, depressed, and may get sick to the stomach. One sign of chronic binge eaters is enjoying large quantities of food, and will then project the food out because of the excess in their stomach.

Getting Obsessed With The Nutritional Value Of Foods
Known as orthorexia, individuals will become completely obsessed with eating strictly healthy foods, what’s wrong with that you ask? This is classified as a disorder because individuals will strictly classify any and all foods as pure or impure, healthy or unhealthy.

Then they’ll begin to restrict the certain healthy foods they have selected because they’re a bit too high in fat or carbohydrates. The individual will obsess over the exact nutritional information of the food, and then begin restricting them, this to the point of starving themselves.

Diet During The Day Eat Junk Food In The Evening
The majority of these individuals will try eating as healthy as possible during the day, will succeed, only to have a breakdown at night. This is a symptom known as night-eating syndrome.

It doesn’t come down to willpower as they consciously eat healthy foods during the day, but then in the evening, after dinner and right before they go to bed, they begin craving and eating unhealthy food.

One sign of this syndrome is that the individual snacks on junk food late. They’ll raid the kitchen multiple times during the night, constantly eating different foods until they fulfill their desire. This can also be caused by too strict a diet during the day, resulting in not getting enough calories and feeling too hungry.

Restricting Calories Because Of A Night Out
Yes, this is classified as a disorder which is known as drunkorexia. It’s a common practice as usually younger people will knowingly shift calories from food to alcoholic beverages.

If an individual likes to have a good time and regularly goes out drinking, they know that they’re consuming excess calories from the alcohol when they party. So to combat this, they’ll restrict what they eat to allow for more liquor.

A sign of this disorder, you’ll notice individuals begin skipping meals since they’re going out later to the club. These people may also potentially be suffering from binge drinking disorder as well.

How To Influence More Provoking Responses To All Your Content